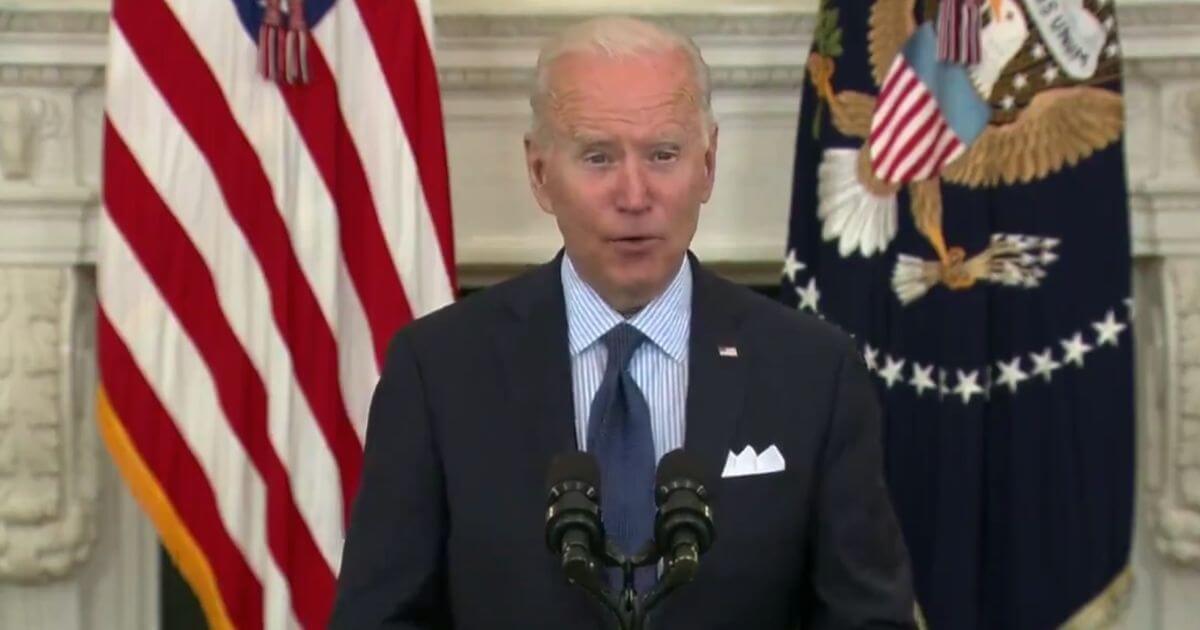 A new study discovered left-wing bias from the fact-checker PolitiFact, and nobody should be surprised.

The Media Research Center released its findings Tuesday comparing the number of fact checks of claims that President Joe Biden made versus the number made of claims made against the president.

In Biden’s first 100 days, PolitiFact fact-checked him 13 times in comparison with the 106 times it seemingly defended him — a whopping eight times as much.

On PolitiFact’s signature “Truth-O-Meter,” the conservative organization determined that Biden and former President Donald Trump had equal ratings of 61.5 percent.

However, Trump had 52 “Truth-O-Meter” fact checks in his first 100 days as opposed to a meager 13 for Biden, according to the study.

Does this mean that Biden does not lie as much as the former president? Perhaps. But that does not mean PolitiFact doesn’t have a clear preference for defending him as opposed to holding him accountable.

Left-leaning institutions such as PolitiFact — which is run by the Poynter Institute, a nonprofit school for journalists in St. Petersburg, Florida — can be a helpful tool to fight misinformation, but being extremely selective with what they fact-check is damaging to their credibility.

The establishment media, along with fact-checkers such as PolitiFact and Snopes, love to tout that the right is a hotbed for false information, but they do not bother to make changes to build bipartisan trust in their own organizations.

By having a clear bias, they are showing that perceived impartiality usually has a hidden liberal slant, as opposed to many right-wing sources that tend to be upfront about their bias (cue The Western Journal’s editorial standards!).

A new MRC study shows that @PolitiFact has been far more likely to fact check those to criticize Joe Biden than Biden himself. https://t.co/AmkydGuBUo

The Washington Post also conceded to its liberal tendencies with significant controversy last week when it announced that it would be ending the fact-checking database for the Biden White House after the first 100 days.

“Biden is off to a relatively slow start but who knows what will happen. We will keep doing fact checks, just not a database,” he added.

Maintaining the Trump database over four years required about 400 additional 8-hour days over four years beyond our regular jobs for three people. Biden is off to a relatively slow start but who knows what will happen. We will keep doing fact checks, just not a database.

The Post said it would continue to fact-check the president, but it no longer felt the need to keep a database to keep track of Biden’s false claims.

Any fact-checker that presents itself as fair and nonpartisan has an obligation to scrutinize Biden’s comments as closely as it did Trump’s.

Joe Biden Fails at Speaking, Says to Visit Vaccines.Gum, Then Corrects Himself

Teachers Union President Celebrates That Parents Had to Stay Home with Kids, Calls It 'Reality Check'