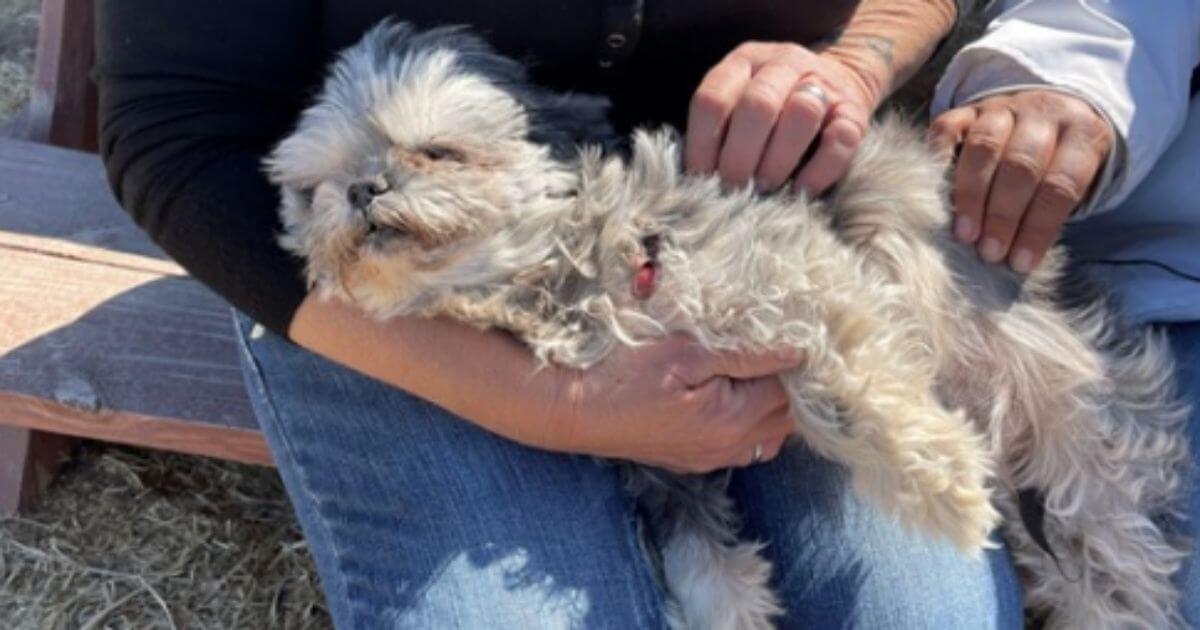 If you’re a dog or cat owner and your pet spends any time outside, it’s a good idea to be aware of your area’s coyote situation.

Many urban areas now have the same issue with them that rural areas have had for years, and many pet parents learn too late that they haven’t taken the necessary precautions to protect their four-legged family members.

Jenny Hulbert and Tracy Mayfield from Benton City, Washington, are owners of a 20-year-old shih tzu named “Little.” When she went missing last week, they started putting out the word.

“Missing my shitzu she is 20 years old she is shaved took off this evening from mason pr ne,” a post on Jenny and Kevin Hulbert’s Facebook page from April 26 reads.

“Her name is little she is grey a neighbor thought he saw her on highland extension headed towards river road I have been driving up and down roads looking for her.”

Their posts and photos were circulated on community pages. According to what Hulbert told KEPR-TV, a few days later, Little was home — but seriously wounded.

“She was hurt real bad the coyotes had gotten her she had puncture wounds on her neck she got a big ol whole in the side of her that’s kind of sealed up with infection right now but we got her on antibiotics took her to the vet and they told me the surgery was gonna be almost a thousand dollars,” Hulbert said.

“Little is home but was attacked by coyotes needs a surgery or will have to be put down,” she posted on April 29.

“A little dog with a big coyote I mean we’re lucky she’s even alive,” Mayfield said.

While Hulbert and Mayfield maintain that Little was attacked by coyotes, some commenters on the Facebook share of the news post have remarked that it may have been more likely that the attacker was another dog, as a coyote would be less likely to let such small, vulnerable prey go.

Either way, the dog seems to have suffered wounds consistent with an attack of some sort, and something will need to be done.

Little’s owners said they didn’t have the funds for the dog’s medical needs, so the community has reportedly rallied around Little, offering to help foot the vet bill.

Hulbert and Mayfield are incredibly thankful to the people who have put money towards Little’s surgery, which was scheduled for Monday. They also urge pet owners to bring their pets in at night.

As a rule of thumb, it’s safest to keep your dog leashed and next to you when out and about, and some dogs living in coyote-dense areas might also benefit from anti-coyote vests.

“She’s a fighter but not all dogs are that lucky or cats so if you hold them close to your heart keep them close to home,” Hulbert said.

Six Democrat Scandals That Should Have Ruined Careers