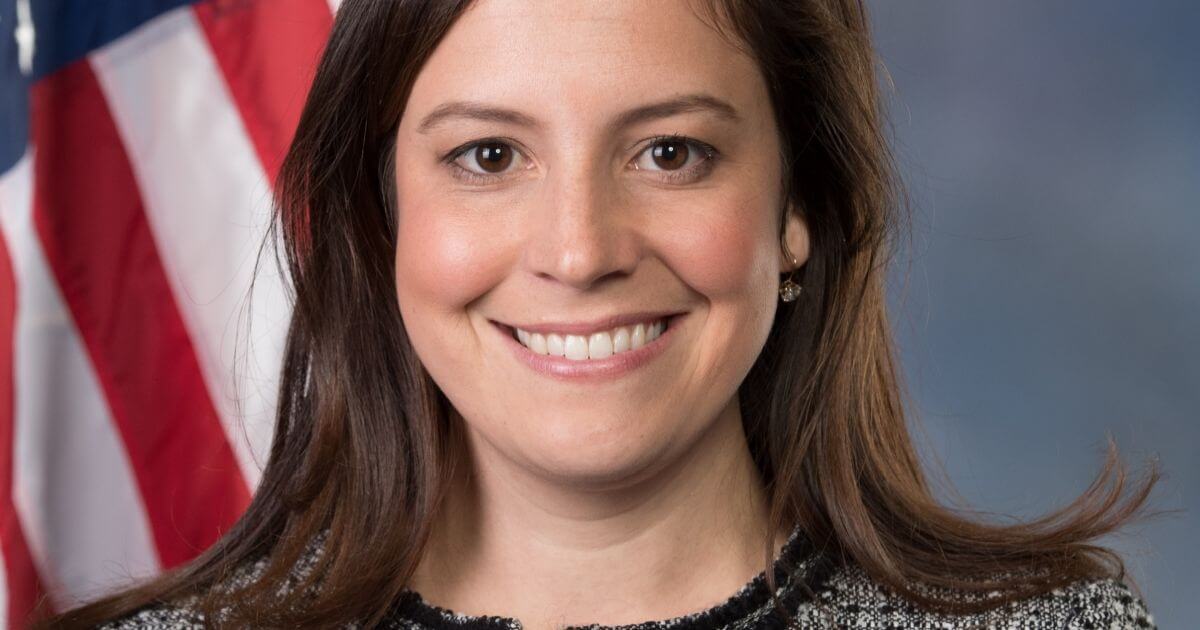 With Rep. Liz Cheney focused on attacking fellow Republicans including former President Donald Trump, a powerful House Republican has said the time has come to remove her from her leadership position and replace her with someone who will attack Democrats instead.

House Minority Whip Steve Scalise is now touting Republican Rep. Elise Stefanik of New York to replace Cheney, of Wyoming, as the party’s conference chair, according to the Washington Examiner.

“House Republicans need to be solely focused on taking back the House in 2022 and fighting against Speaker Pelosi and President Biden’s radical socialist agenda, and Elise Stefanik is strongly committed to doing that, which is why Whip Scalise has pledged to support her for conference chair,” said Scalise’s spokeswoman, Lauren Fine.

The vote could come as soon as May 12.

House Minority Leader Kevin McCarthy is also on board with moving Stefanik into Cheney’s post, according to Bloomberg.

On Tuesday, McCarthy told “Fox & Friends” host Steve Doocy that he’s “had it” with Cheney, who attacked Trump after the Jan. 6 Capitol incursion and voted with Democrats during Trump’s impeachment this year.

The off-air remarks came before an interview in which McCarthy discussed GOP representatives’ dissatisfaction with Cheney, according to Axios.

“I think she’s got real problems,” McCarthy told Doocy. “I’ve had it with her. You know, I’ve lost confidence. … Well, someone just has to bring a motion, but I assume that will probably take place.”

“This is about whether the Republican Party is going to perpetuate lies about the 2020 election and attempt to whitewash what happened on Jan. 6. Liz will not do that,” Jeremy Adler, a Cheney spokesman, told the Examiner. “That is the issue.”

According to CNN, Stefanik was working to shore up support among GOP House members before a May 12 GOP conference meeting. Stefanik, 36, emerged as a vociferous Trump supporter during the former president’s impeachment hearings and has become a popular member in a party seeking to recruit more women as candidates.

“The field is clear for her at the moment,” a House GOP source told the network.

CNN quoted another source as saying that Cheney’s allies have all but given up.

“She does not survive,” a member of Congress “who plans to support Cheney” said.

“I haven’t talked to anyone in the last three days who will stick their neck out for her,” the source said. “Even those who like Liz and agree with her think the current situation is untenable.”

Republican Rep. Guy Reschenthaler of Pennsylvania told Politico he supports Stefanik and that it is time to move past the Jan. 6 Capitol incursion.

“I whipped votes actively for Liz Cheney the last time she was in a situation. I’m not doing it this time because I feel that there was an opportunity to pivot and move past the differences that we had as a conference, but every single interview, every single tweet just rehashes past issues,” he said.

“That’s why I’m actively behind Elise and pushing for a change in that position. We just simply are not going to move forward as a conference if we have somebody that is constantly looking in the rearview mirror.”