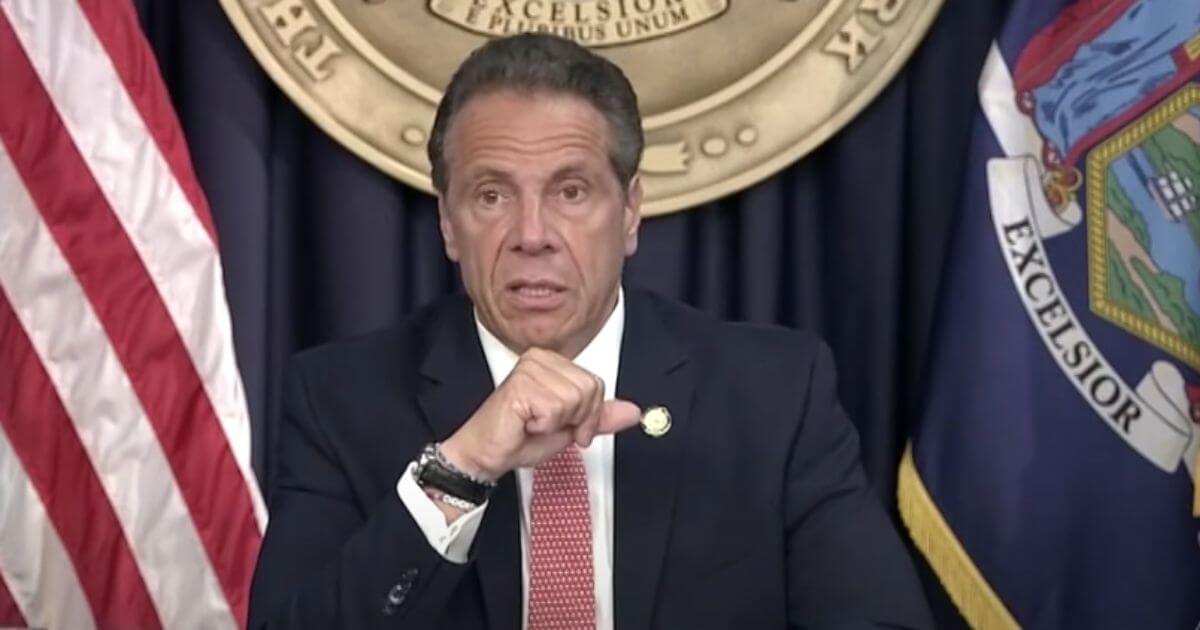 New York Democratic Gov. Andrew Cuomo claims, “I did nothing wrong,” despite numerous allegations surrounding the scandal about the reporting of COVID-19 deaths in his state’s elder-care facilities.

During a news conference Monday, a reporter asked the governor “whether or not you would support an AG investigation specifically into the alleged nursing home cover-up as families in Foley Square today are protesting?”

“I’ve already told New Yorkers where I am. I did nothing wrong and period, and I’m not resigning and I’m doing my job every day,” Cuomo replied.

Aida Pabey, daughter of a mother who died in a New York nursing home, shared her thoughts regarding Cuomo’s statement Wednesday on the Fox News morning program “Fox & Friends First.”

Cuomo has refused to resign as governor, despite calls from dozens of lawmakers.

However, the pressure for the governor to resign has recently calmed.

Pabey argued, “That pressure must continue.”

She added, “The Emmy he received should be taken away from him.”

Pabey said, “My mom was left to die, my brother and I were not allowed to see her. They told us you cannot go upstairs and we tried. My brother and I [were] unable to say goodbye. We weren’t able to have a proper burial.”

On Monday, Cuomo live-streamed his announcement that many parts of the state would reopen beginning May 19, including an extreme accusation against New Yorkers who don’t take the vaccine.

Gov. Cuomo to people who don’t take the vaccine:

A January news release from New York Attorney General Letitia James noted that deaths in New York’s nursing homes “may have been undercounted by as much as 50 percent.”

DeRosa said the Cuomo administration essentially “froze” last summer when the Department of Justice asked it to provide accurate information regarding nursing home deaths, according to The New York Times.

The Times reported last week that the Cuomo administration had been “repeatedly overruling state health officials over a span of at least five months, according to interviews and newly unearthed documents.”

Cuomo has also been the subject of multiple allegations of sexual harassment and claims by an aide that she was groped by the governor while on the job.