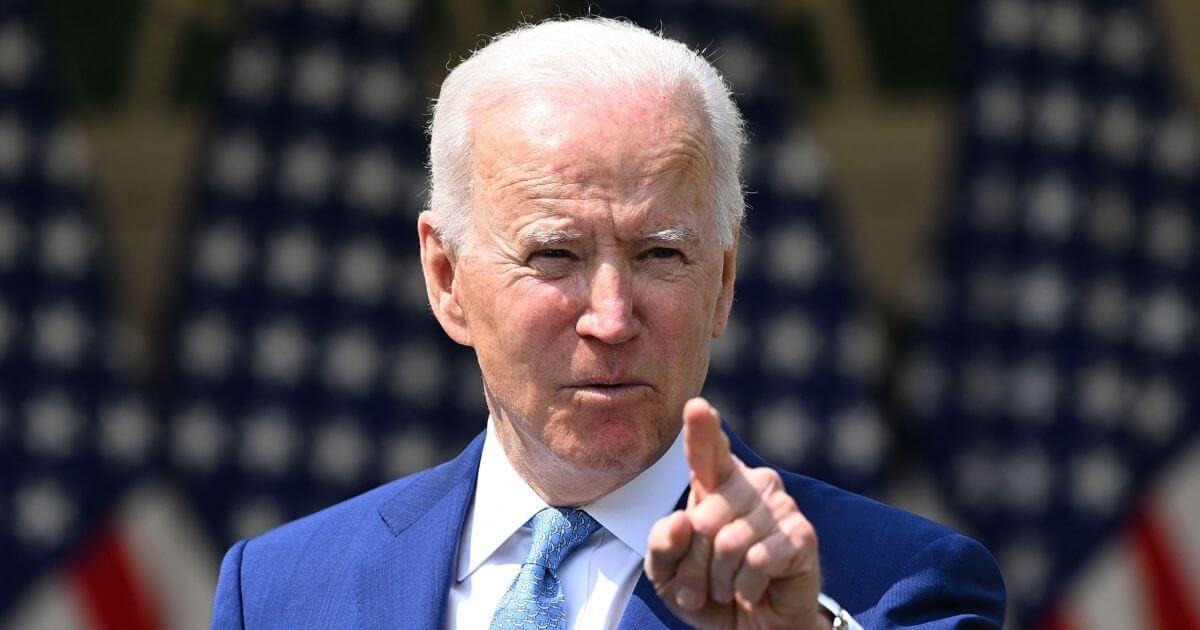 Whether it be at home, school or the doctor’s office, Republican leaders have been working tirelessly this year to protect children from being given life-altering surgeries and medications, and to prevent men who identify as women from competing in women’s sports.

Now it seems that the Biden administration is preparing to do legal battle in an effort to enforce the left’s incessant mission to pervade all aspects of life with its trans ideology.

The leftist media outlet, The Daily Beast, reported this week that the Department of Justice said it would bring all of its might about to leverage “civil rights statutes to protect transgender individuals.”

“Especially in this moment, when LGBTQ rights are under attack in several states across the country, it was important to see President Biden make it clear tonight that his priority would be continuing our shared fight to ensure that every American has access to the fullness of opportunity our country affords,” David said. “To that point, we were especially heartened to hear the president specifically uplift his support for transgender people and particularly affirm transgender kids.”

That statement followed Biden’s address to a joint session of Congress last week, in which the president vowed to pressure the government to pass the Equality Act, a bill that would amend the Civil Rights Act of 1964 to extend discrimination laws to include transgender people.

“To all transgender Americans watching at home, especially young people who are so brave, I want you to know your president has your back,” Biden said.

The Equality Act would extend existing protections for transgender individuals from the workplace to nearly every other facet of life, including guaranteeing their access to public facilities.

In short, the fight over women’s and girls’ spaces will likely end up in the courts.

In response to that ruling, Missouri Republican Sen. Josh Hawley delivered an impassioned speech on the Senate floor, both condemning the absurdity of its language and foreshadowing the legal battles that now appear imminent.

“This decision — this piece of legislation — will have effects that range from employment law to sports to churches,” Hawley said. “There’s only one problem with this piece of legislation: It was issued by a court, not by a legislature. It was written by judges, not by the elected representatives of the people. And it did what this Congress has pointedly declined to do for years now, which is to change the text and the meaning and the application and the scope of a historic piece of legislation.”

Indeed, it appears that the Biden administration is now coming full circle.

Biden signaled his intent to pursue such feckless and anti-scientific legislation earlier this year with the Executive Order on Preventing and Combating Discrimination on the Basis of Gender Identity or Sexual Orientation, which stipulates that subjective and mutable characteristics such as identity are equally in need of protection as objective biological characteristics such as race and sex.

Now the administration will attempt to use the courts to force Democratic will on red states that protect their youth.

The months since Biden’s executive order have seen the federal government seek to force doctors to give gender reassignment surgeries against their will, while elsewhere in the nation, hormone treatments and puberty blockers are allowed to be pushed onto children.

“What fresh hell is this hormone suppression for kids ad on YouTube?” Lindsay said. “‘Childhood uninterrupted’? That’s some groomer language.”

What fresh hell is this hormone suppression for kids ad on YouTube? “Childhood uninterrupted”? That’s some groomer language. pic.twitter.com/Feqz9fpZo5

All hope is not yet lost, however, and Republican representatives appear eager to lock horns with the administration in order to protect the youth of their states.

Several GOP governors across the nation have already issued state laws to ban men who identify as women from entering women’s sports, prevent males from entering women’s prisons under the guise of being transgender and block children from receiving life-shattering treatments and surgeries to “reassign gender.” Notably, Govs. Ron DeSantis of Florida, Brad Little of Idaho, Jim Justice of West Virginia and Asa Hutchinson of Arkansas have taken up the charge.

Arkansas Attorney General Leslie Rutledge also told Fox News that he was prepared to defend the rights of girls to compete fairly in sports.

“Here is my message to President Biden if he decides to sue the State of Arkansas to stop us from implementing the GIRLS Act which protects the opportunities of our young girls: Bring it on, Biden!” Rutledge said. “I will wholeheartedly defend and win to ensure girls in Arkansas have a fair playing field to succeed.”

The future is, as of yet, unwritten. One thing is certain, however: The Biden administration wants women and girls to lose the fight for their rights.

Biden Sued by Double Amputee Farmer Over Race-Based Loan Forgiveness: ‘Out and Out Racist’