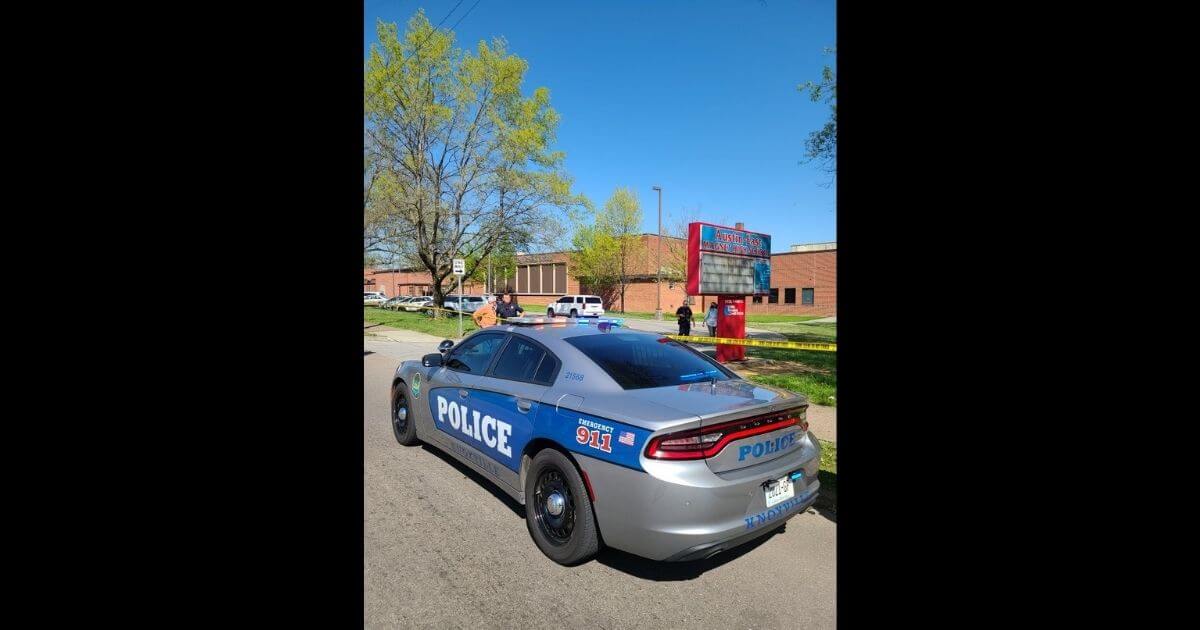 Police officers are at schools to protect everyone and make sure the learning environment is safe for all students.

According to Knox News, 17-year-old Anthony Thompson was killed in the bathroom of Austin-East Magnet High School in Knoxville, Tennessee on April 12. Police had responded to the school after Thompson’s girlfriend had reported him for domestic violence.

The four responding individuals were officers Brian Baldwin, Jonathon Clabough and Adam Willson (who was the school’s student resource officer), as well as Lt. Stanley Cash.

Per Knox County District Attorney General Charme Allen, a brief struggle ensued, and Thompson’s firearm, which had been in the front pocket of his hoodie, allegedly discharged, with Baldwin disappearing from view.

Clabough, who thought Baldwin had been shot, fired his weapon twice, hitting Wilson and Thompson. A school nurse was called to give aide, as well as paramedics. Wilson was injured and is expected to recover after a successful surgery. Thompson was pronounced dead at the scene.

KPD Officer Adam Willson is recovering from surgery after being wounded in yesterday’s shooting incident at Austin-East Magnet High School. Willson, a 20-year veteran of KPD, was currently serving as the School Resource Officer at Austin-East. We are grateful for the well wishes. pic.twitter.com/wDcBGnxT9d

WARNING: The following video contains images that some viewers may find offensive:

The Minneapolis Star Tribune reported on April 21 that Clabough will not face any charges as a result of the shooting, as the shooting was justified under Tennessee’s self-defense law.

So, while the incident undeniably turned tragic, the officers were clearly just doing their jobs, and were acting firmly within the boundaries of the law.

However, that hasn’t stopped protests, which have become a common sight in Knoxville since the shooting.

Demonstrators protesting the death of #AnthonyThompsonjr make their way down Sevier Ave in South #Knoxville, an area south of the city with hip bars that hasn’t seen many protests #BlackLivesMatter pic.twitter.com/SsxA461eG7

They’re getting somewhere too. According to WBIR-TV, the Knoxville Police Department, as part of a larger security re-evaluation by the school district, will pull officers out of schools starting June 12, though they will still respond to emergencies.

“We may very well continue to have KPD officers in schools. We just want to have the conversation with our school leaders and with our school board members and other community stakeholders to see how that can best work out,” said Mayor Indya Kincannon in a media conference.

“KPD and City leaders will participate in the discussions with Knox County Schools regarding a proposal to rework the current MOA, while all planned SRO training will proceed as scheduled through the summer. The hope is that those conversations can lead to a solution that works best for all parties involved and creates the most safe and healthy learning environment for the students of Knoxville,” she added in a statement.

Superintendent Bob Thomas was “surprised with the decision by Mayor Kincannon and Chief Thomas to withdraw from the MOA at the end of this school year,” but was grateful that they were willing to have a conversation about it.

Some members of the Knox County Board of Education, however, were less diplomatic about their frustration with the decision.

“I am saddened by the decision she’s [Kincannon] made,” said member Betsy Henderson.

“I spoke to every single one of my principals and they said they could not do their job without law enforcement,” said member Virginia Babb.

There was not universal agreement among the Board, and member Evetty Satterfield argued that “We do need security in our schools, but we need people who know how to work with kids and not people who are trying to work with criminals on the street. Our kids are not criminals.”

I’m with Babb and Henderson. The American justice system believes in the presumption of innocence, but considering the kid that sparked everything was about to be arrested for domestic violence, it’s clear that there’s at least some evidence that there is criminality among Knoxville’s youth.

If anything, the fact that Thompson had a firearm and ammunition indicates why we do need police in schools.

Students need a safe place to learn and grow, and there’s much less assurance of that if the police don’t have a presence on campus.

I hope Knoxville’s municipal government reconsiders its decision, for the good of both students and the community at large.

Ex-Dem State Lawmaker Caught in His Own Net, Arrested in Sex Trafficking Sting