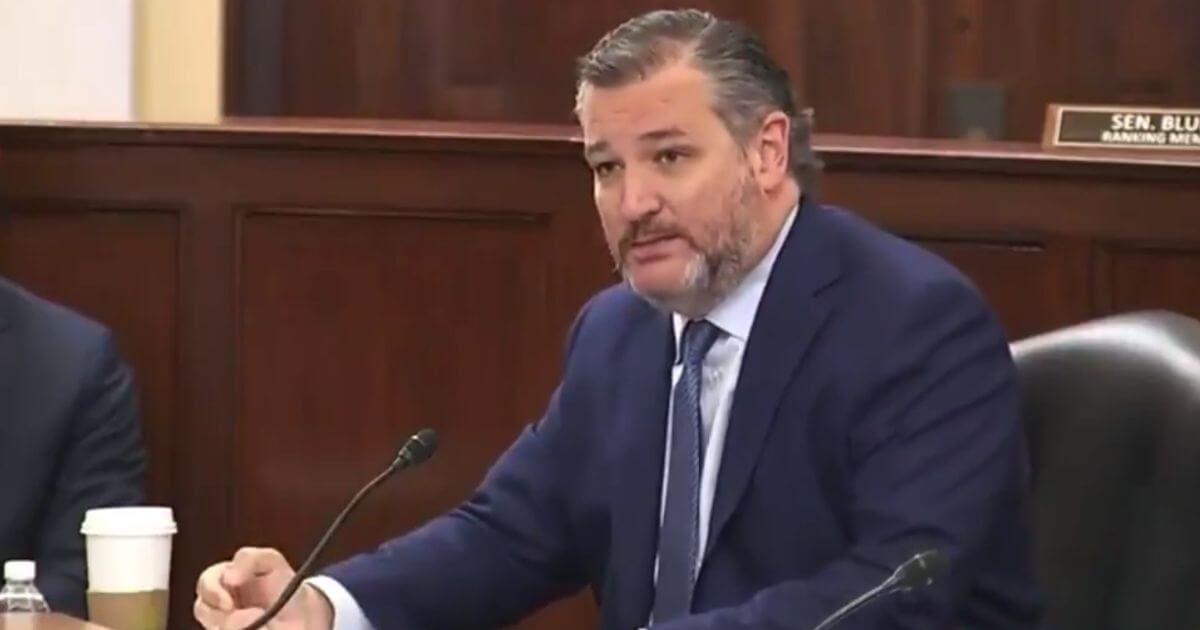 A Senate committee took up debate on the Democrats’ sweeping voting reform package on Tuesday. Best known as HR 1, the name of the bill is the “For the People Act.” It should really be called the “For the Democrats Act,” because if this bill were to become law, America would be governed by one-party rule for generations to come.

The House passed House Resolution 1 in early March. HR 1 represents the Biden administration’s biggest power grab yet. This bill is unpopular across the board with the GOP.

Texas Sen. Ted Cruz, a Republican, denounced the bill, which some call the “Corrupt Politicians Act,” in no uncertain terms on Tuesday.

“This legislation is designed to ensure that Democrats never lose another election,” Cruz said. “Democrats have made the decision that millions of illegal aliens voting are likely to vote for Democrats.”

The Texas senator told his colleagues the bill is “profoundly dangerous.”

“The reason it suppresses millions of votes is by allowing millions of people to vote illegally, and that is the intended effect and that would be the actual effect of this bill. It dilutes the legal votes of American citizens.”

Senator Schumer spoke of “the stench of oppression when Democrats drafted Jim Crow the last time.”

“We didn’t try to change the election rules so that Democrats could never be elected. We didn’t engage in the corruption to say, ‘We’re gonna rig the game.’ So, if the voters decide to throw the bums out, the voters don’t get the right to do that, because we’re going to put our thumb on the scale so that only our party wins. To my knowledge, not a single Republican suggested doing that.

Sen. Ted Cruz: “It is worth remembering that those Jim Crow laws were drafted by Democrats. They were implemented by Democrats, and they kept Democrats in power. … [#S1, The Corrupt Politicians Act] is Jim Crow 2.0. This legislation would disenfranchise millions of Americans.” pic.twitter.com/bDCweZbVUK

.@tedcruz says Democrats are diluting the legal votes of American citizens so only the Left can win.

Republican strategist Karl Rove joined Fox News’ Bill Hemmer on Tuesday to give a summary of just how bad this bill would be for the party. He said the legislation does “federalize elections and has a bunch of bad provisions in it.”

“You can’t check with other states. You can’t remove people from the voter list — even if they’ve not voted and you’ve sent them a postcard and the postcard has come back saying that person no longer lives at the address — you have to leave them on the rolls.”

“Everyone gets a ballot mailed to them. And no ID, no notary, no witnesses,” he noted. “They mail them out and anybody can fill them out and send them back in.”

“It bans outside observers at the polls. The only people who can challenge a voter or somebody who shows up at the polls is an election official, not an observer representing either the Democratic or Republican parties.

“Everybody who donates to a 501(c)(4) gets disclosed.” He said, “The NAACP fought this provision all the way up to the Supreme Court in the 1950s and the ACLU is even saying this is a problem.”

“You can vote anywhere. You don’t even have to show up at your precinct. You can show up anywhere in your community or your state and vote,” Rove added.

There are more provisions in the 886-page bill and — similar to those listed above — they all favor Democrats. They all seek to expand voting to illegals and to take power over elections away from the states to hand over to the federal government.

For the same reasons Democratic lawmakers love this bill, their Republican colleagues hate it.

The House passed a version of the bill in 2019. Then-Senate Majority Leader Mitch McConnell refused to bring it to the floor.

Even now, with a slim Democratic majority, this measure faces strong headwinds in the Senate. As long as 41 or more Senators vote against it, the bill will not pass.

It would be a different story if Democrats were able to abolish or otherwise circumvent the filibuster. No Republicans would vote to eliminate the filibuster and there are two Democrats, Sens. Kyrsten Sinema of Arizona and Joe Manchin of West Virginia, who have repeatedly voiced their opposition to such a move.

Biden Makes Up Numbers...“Somewhere Between 700 Billion And A Trillion 300 Million Billion Dollars"