Space Force Commander Relieved of His Duties After Warning of Encroaching Marxism in the Ranks: Report 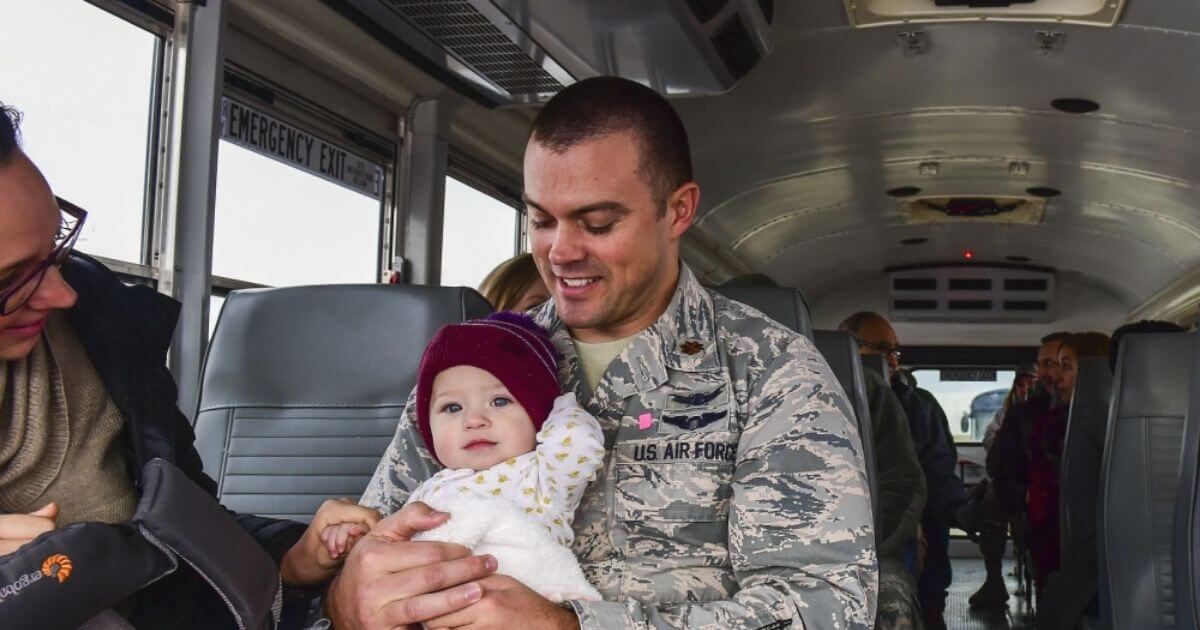 The commander of a United States Space Force unit has been relieved of his duties after making comments in a conservative podcast alleging that Marxist ideologies are becoming widespread in the U.S. military.

According to Military.com, the fired Lt Col. Matthew Lohmeier was the commander of the 11th Space Warning Squadron at Buckley Air Force Base, Colorado, which is responsible for monitoring the launch of ballistic missiles.

Lt. Gen. Stephen Whiting, the head of Space Operations Command, dismissed Lohmeier due to “a loss of confidence in his ability to lead,” the outlet reported.

“This decision was based on public comments made by Lt. Col. Lohmeier in a recent podcast,” a Space Force spokesperson told Military.com in an email. “Lt. Gen. Whiting has initiated a Command Directed Investigation on whether these comments constituted prohibited partisan political activity.”

Lohmeier, a former Air Force combat pilot, and instructor joined the Space this May after being transferred. He had self-published a book named “Irresistible Revolution: Marxism’s Goal of Conquest & the Unmaking of the American Military.”

“Irresistible Revolution is a timely and bold contribution from an active-duty Space Force lieutenant colonel who sees the impact of a neo-Marxist agenda at the ground level within our armed forces,” the book’s Amazon.com description reads.

According to the book’s description, Lohmeier, in his work, answers the questions of:

Last week Lohmeier spoke with L. Todd Wood of the podcast “Information Operation” to talk about the book. In the podcast, he discussed institutions in the country such as universities, media, federal agencies and the military.

Lohmeier expressed that these institutions are increasingly taking on leftist practices “such as diversity and inclusion training,” which he said are a systemic cause for division within the country.

In another podcast published last Wednesday, Lohmeier spoke on The Steve Gruber Show to discuss his book. In the podcast, Lohmeier expressed his concerns with alleged Marxism in the armed forces.

“Since taking command as a commander about 10 months ago, I saw what I consider fundamentally incompatible and competing narratives of what America was, is and should be,” Lohmeier said.

“That wasn’t just prolific in social media, or throughout the country during this past year, but it was spreading throughout the United States military. And I had recognized those narratives as being Marxist in nature.”

When asked what he precisely means by the previous statement, Lohmeier criticized the New York Times 1619 Project as “anti-American,” CNN reported.

“It teaches intensive teaching that I heard at my base — that at the time the country ratified the United States Constitution, it codified White supremacy as the law of the land,” Lohmeier said. “If you want to disagree with that, then you start (being) labeled all manner of things including racist.”

Following his comments, he was removed from the force and an investigation was opened to see if his actions constituted military-prohibited “partisan political activity.”

Senior fellow at Clements Center for National Security at the University of Texas at Austin Jim Golby told Military.com that there are some Department of Defense policies that regulate political discourse among active duty service members.

One such policy dealing with self-published work, for example, Golby told the outlet, is DoD Directive 1344.10 and related policies. While military personnel has the right of political expression, they are still required to “uphold” the core values of their branch both while on duty and while off-duty.

“Those are fairly broad and would not prevent publication, but might impose some minor limitations on content,” Golby told Military.com on Friday.

During his 34-minute conversation on Information Operation, Lohmeier said, “All my interactions with senior leaders in the Air Force and in the Space Force have been very positive; they care a great deal about their people [and] the lethality of the force.”

However, he added that some leaders may be fearful that should they not agree with diversity training, they will encounter scrutiny, “or might not get promoted.” Lohmeier alleged that conservative voices are less welcome than liberal voices, Military.com reported.

According to Military.com, Lohmeier further said on Information Operation that any new service member should “reject” critical race theory if they see it being inculcated in the army.

Lohmeier thinks the theory is a kind of extremism falling under DoD Instruction 1325.06, “Handling Dissident and Protest Activities Among Members of the Armed Forces.”

Golby told Military.com that Lohmeier’s words addressed to the junior servicemembers “potentially undermines good order and discipline, or DoD policies aimed toward diversity and inclusion. Or maybe both.”

A Defense Department official told CNN that on top of alleged prohibited political activity, the investigation on Lohmeier would also examine “all elements of rules and policy by which the book was published.”