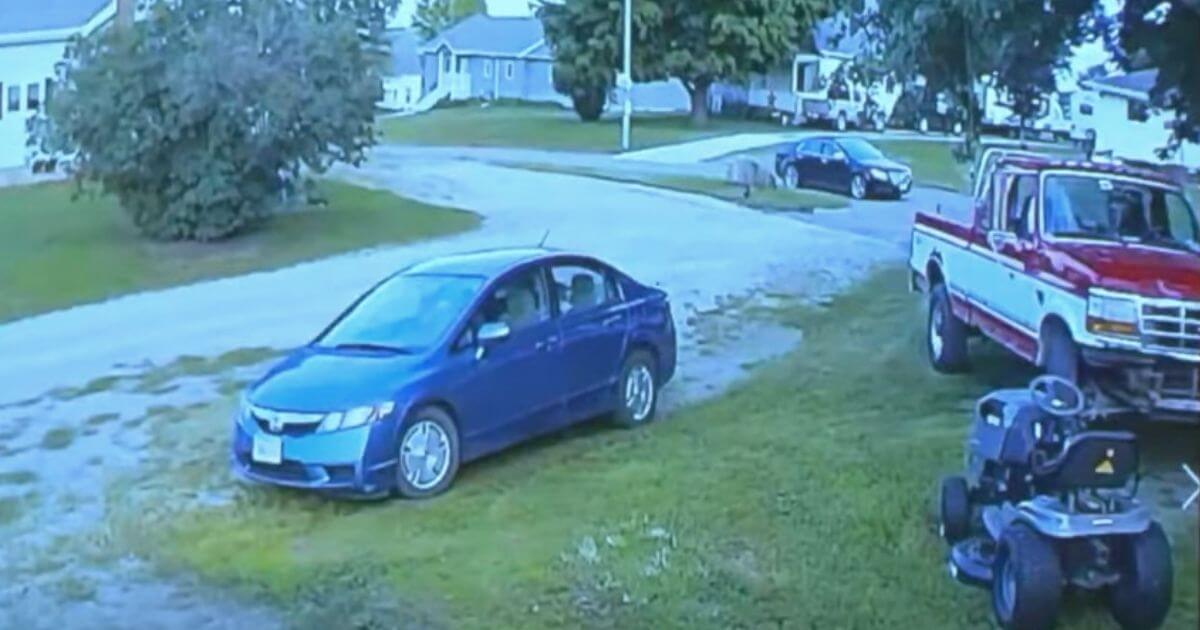 Law enforcement officers unveiled a surveillance video key to solving the 2018 murder of 20-year-old Iowa college student Mollie Tibbetts on Thursday as the trial of the illegal immigrant from Mexico accused of killing her entered its second day.

People last saw Tibbetts alive on July 18, 2018, when she went out for a routine evening run after dog-sitting her boyfriend’s pet. She wasn’t seen after that until her corpse was found in a cornfield near rural Brooklyn, Iowa, a month later, sparking a search for her killer that drew nationwide attention.

An autopsy following her death revealed that she had died due to “multiple sharp force injuries.”

On the day her body was discovered, authorities charged Cristhian Bahena Rivera, now 26, with first-degree murder.

The incident became one of the events at the forefront of the immigration debate in the country due to Rivera’s illegal status.

“The loss of Mollie Tibbetts is a devastating reminder that we must urgently fix our broken immigration laws,” the Trump White House tweeted in 2018.

The loss of Mollie Tibbetts is a devastating reminder that we must urgently fix our broken immigration laws. pic.twitter.com/0Kaz0FQw36

Though the defense for Rivera tried to cast suspicion on others previously suspected of the murder, such as Tibbetts’ boyfriend, Dalton Jack, and residents living near where Tibbetts’ corpse was eventually found, police said those individuals were cleared of any potential involvement in the murder, Fox News reported.

Prosecutors further said evidence such as footage of Rivera’s Chevrolet Malibu, blood in the vehicle’s trunk that matched Tibbetts’ and a partial confession by Rivera himself will help prove his guilt, according to the outlet.

During the trial, jurors saw multiple videos and images of Tibbetts running and the Malibu, according to Fox News.

Derek Riessen, an agent with the Iowa Division of Criminal Investigation, testified that he collected surveillance footage from multiple houses in the area as part of a citywide search to find Tibbetts’ killer on Aug. 14, 2018, the report said.

When Riessen and his staff reviewed the videos, the agent testified, they found something significant. They stumbled upon key footage that might help bring justice for Tibbetts.

The video showed someone running through the neighborhood, entering and leaving the camera’s view in “a split second.” The runner, according to Riessen, had a ponytail and passed by the camera at 7:45 p.m., Fox News reported.

According to the outlet, approximately 20 seconds after the runner with the ponytail passed by, someone drove past the camera in a black Chevrolet with “distinctive chrome rims, door handles and a mirror.”

Over the course of the next 20 minutes, the vehicle was observable multiple times before it went toward the runner’s direction at a higher speech at 8:07 p.m., according to Riessen.

The agent said he suspected Tibbetts got abducted on a rural road about 2 miles away from the camera around 8:20 p.m. He added that he couldn’t discern the driver or the license plate from the footage, Fox News reported.

Deputy Steve Kivi, an investigator at the Poweshiek County Sheriff’s Department, testified that he was among the officers who went to the house of Jack and his brother, Blake, after it was reported that Tibbetts was missing. Kivi, too reviewed the video, according to Fox News.

Kivi said that he spotted the same Malibu the following day and even approached Rivera, who provided Kivi his birth certificate as proof of identity, his phone number, the name of his employer (Yarrabee Farms) and his address. During what Kivi described as a “polite exchange,” Rivera “calmly” denied knowledge of what happened to Tibbetts, Fox News reported.

From that exchange, Kivi only snapped a picture of Rivera and the Malibu and peered inside the vehicle without looking in deeply, according to the report.

Police took in Rivera for questioning once again after a couple of days, Fox News reported. According to the outlet, the interrogation lasting multiple hours that followed resulted in Tibbett’s body being found on Aug. 21, 2018. However, since a police officer failed to read Rivera’s complete Miranda rights, Rivera’s statement couldn’t be used in court, as per a judge’s ruling.

When Kivi and his chief deputy drove down to the farm the next day, they found the body. At the crime scene, Rivera also allegedly made incriminating statements, saying that he had approached Tibbetts while she was running and fought with her after she threatened to call the police. He also allegedly said that he remembered driving to the cornfield where he hid her body, Fox News reported.

Kivi acknowledged that no murder tool was found, the outlet reported.

Halt to New Oil, Gas or Coal Projects by Next Year