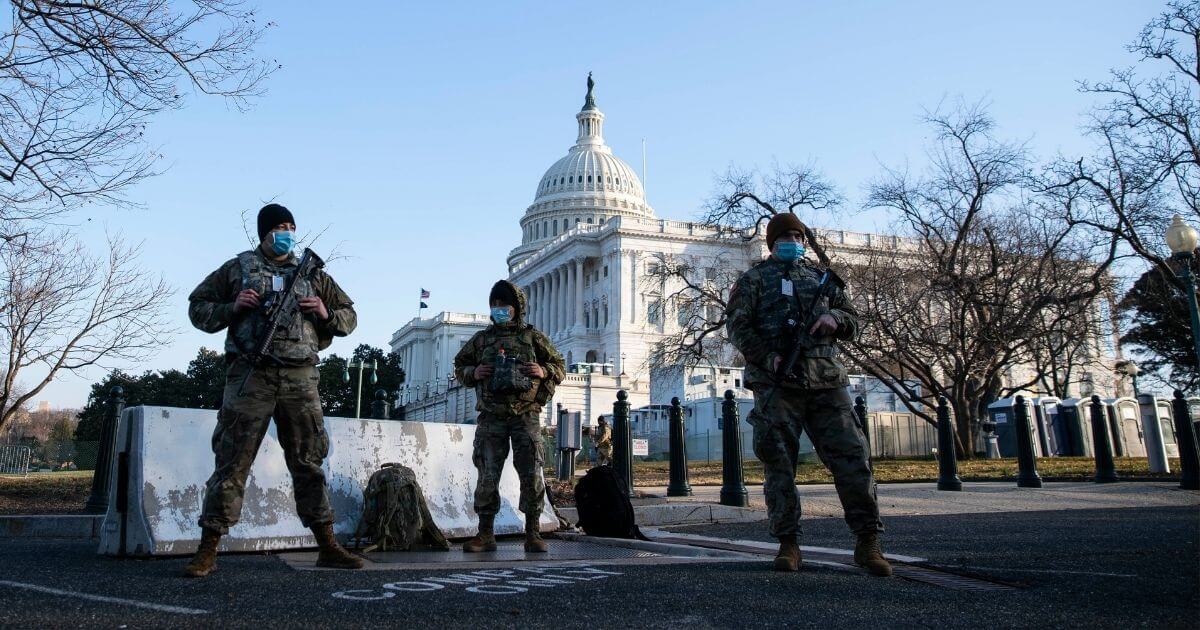 Democrats facing the prospect of a return to mingling with the folks in their districts feel insecure and want more taxpayer money to protect them.

The Democrat-controlled House last week passed a $2 billion package to bolster security, citing the Capitol incursion. Included in that is $22 million to address threats against individual members, according to Politico.

“The public mirrors their behavior. And it’s risky and it’s dangerous,” she said.

But the Capitol incursion came in a political climate in which Trump administration officials were harassed in public, and Democrats cheered on those tactics.

“Let’s make sure we show up wherever we have to show up. And if you see anybody from that Cabinet in a restaurant, in a department store, at a gasoline station, you get out and you create a crowd. And you push back on them. And you tell them they’re not welcome anymore, anywhere. We’ve got to get the children connected to their parents,” Democratic Rep. Maxine Waters of California, said in 2018, according to CNN.

The House-passed bill includes about $10.6 million for security improvements to the district offices of House and Senate representatives.

“We have been wiring ‘safety’ together with duct tape and spit, basically,” said Democratic Rep. Debbie Wasserman Schultz of Florida, according to Politico. “It’s been a very serious, legitimate concern for members.”

“We put it in because we know there are risks,” said Democratic Rep. Barbara Less of California. “I‘m hoping the Senate understands.”

Democratic Rep. Tim Ryan said members of Congress have been cobbling security together while other elected officials are thoroughly insulated.

“Governors all around the country have police escorts, a bubble, a fence. They’re safe,” he said.

But the risk of abuse was illustrated recently by Waters, who faces an ethics complaint for using existing rules to pad her security team with extra air marshals when she was traveling to Minneapolis to whip up outrage over the Derek Chauvin trial.

Still, Democrats insist the threats are real and must be dealt with.

“We’ve got members of Congress who are regularly dealing with threats to their lives, not to mention staffers,” said Democratic Rep. Susan Wild of Pennsylvania.

Her staff, she said, are “the frontlines of the phone calls and the threats and the people coming to the office” who are angered by whatever current issues dominate Congress.

However, some Republicans say Congress has more pressing things to deal with than itself.

“The true emergencies we should be funding are not part of this bill,” said Republican Rep. Tony Gonzales of Texas, who said the immigration crisis and Middle East conflicts were of greater urgency, according to The Washington Post.

Thugs Rack Up $2,000 in Fines in Vietnam Vet's Stolen Car, But City Sticks Him with the Bill