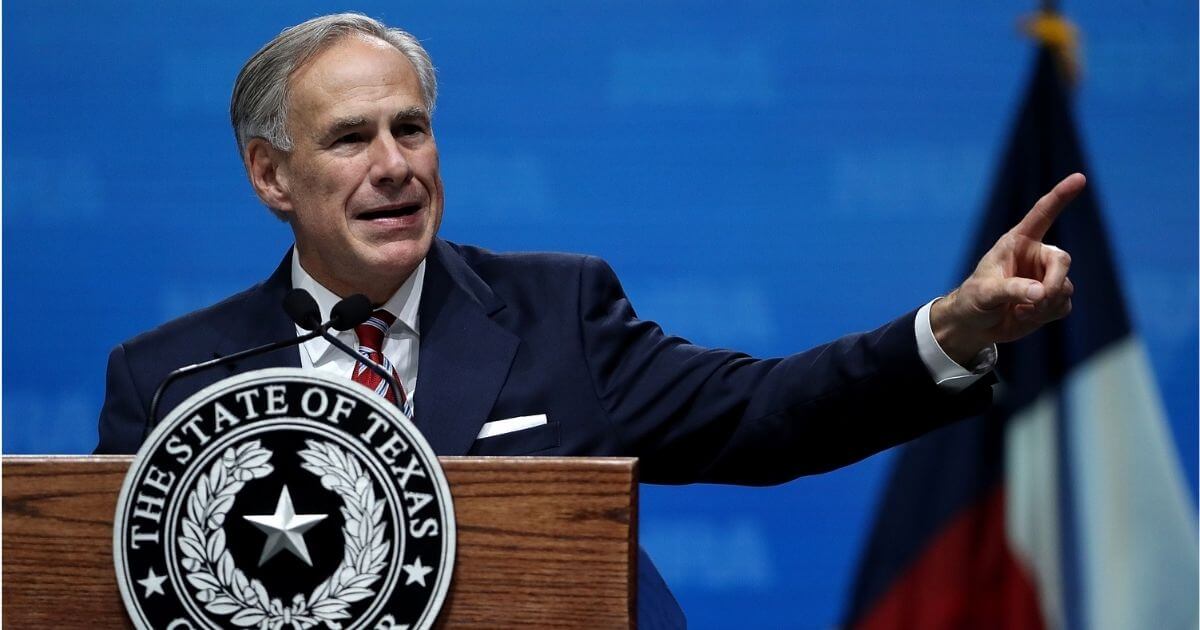 Texas Republican Gov. Greg Abbott said Sunday night he will sign a bill to prevent cities in the Lone Star State from defunding police departments after officers in Austin took some time to respond to a shooting.

Abbott tweeted, “This is what defunding the police looks like. Austin is incapable of timely responding to a victim shot in the head.”

“Texas won’t tolerate this,” the governor said. “We’re about to pass a law-that I will sign-that will prevent cities from defunding police.”

Austin is incapable of timely responding to a victim shot in the head.

We’re about to pass a law-that I will sign-that will prevent cities from defunding police.

KEYE-TV reported on Sunday that “no police units were available to respond to a shooting that happened on Sunday morning for 12 minutes.”

“Police say there appeared to be a disturbance between two vehicles, and it’s possible that the victim who was shot was a bystander.”

APD Case number- 211430419
Shooting Call came out at 5:35am this morning. No units available city wide for 12 minutes.
First Apd patrol unit Assigned at 5:47am
Apd made scene at 5:51am, 16 minutes after the call came out. Victim critically injured after being shot in the head.

The Austin American-Statesman reported the City Council voted in 2020 to reallocate up to $150 million from the police department.

Austin reduced the department’s operational budget by about $21.5 million, the report said.

The Texas House of Representatives passed the legislation Abbott mentioned — House Bill 1900 — last month. A state Senate committee was debating the bill Thursday, according to KXAS-TV in Fort Worth.

“As municipalities across this nation are defunding their police departments, are taking money away from the police budgets and putting them elsewhere in their city budgets, this bill makes sure that in the state of Texas, that is not going to be allowed,” he said, according to the Texas Tribune.

According to the Tribune, “If a city with more than 250,000 residents was determined by the governor’s office to have cut police funding, the bill would allow the state to appropriate part of a city’s sales taxes and use that money to pay expenses for the Texas Department of Public Safety.”

If passed and signed by the governor, the law could go into effect on Sept. 1.

Biden Will Reportedly Break a BIG Campaign Promise This Week...Far-Left Democrats are Furious