They’re Not Going to Produce a Report That’s Valid 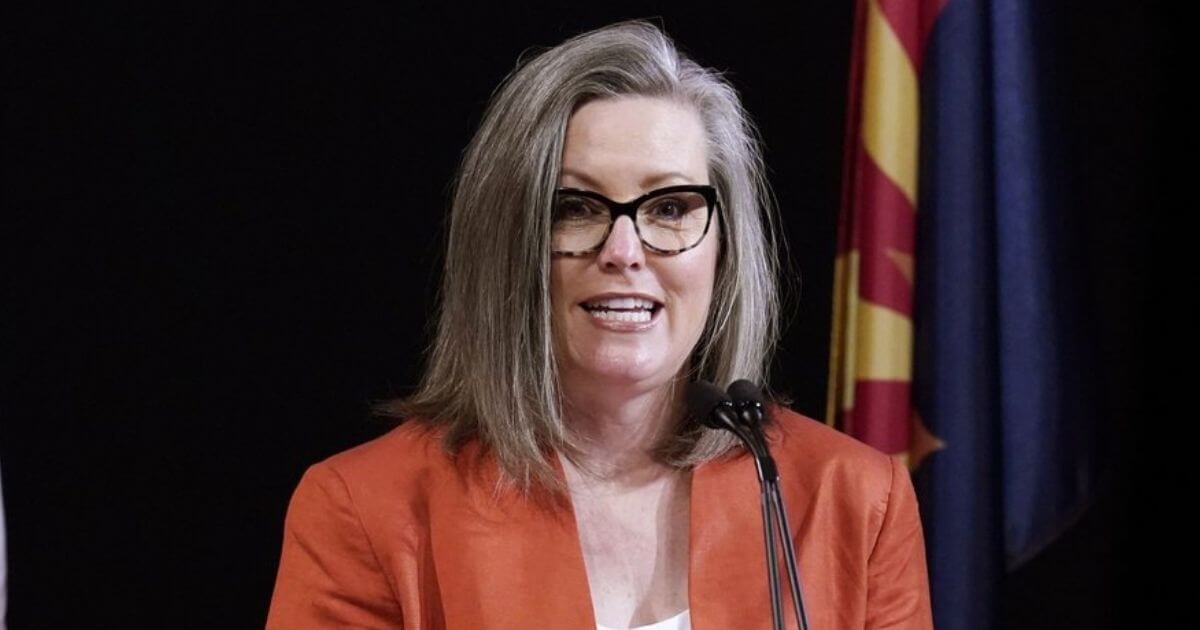 The election audit in Arizona’s Maricopa County is becoming just as contentious as the 2020 race it’s examining — and just as partisan.

A Republican-led effort is underway to scrutinize the November election in a state that was decided for President Joe Biden by a little over 10,000 votes.

But rather than welcoming the chance to dispel allegations of rigged voting machines and ballot box stuffing, Democratic Secretary of State Katie Hobbs tore into Republicans and suggested their efforts were a waste of time.

“They don’t know what they’re doing and they didn’t have a clue how long it was going to take them to do this,” Hobbs said on Monday, according to The Hill.

“They’re not following best practices. In fact, they’re doing a lot of things that make no sense if you’re trying to get a valid result,” she said.

It’s true that the audit has run into some hiccups along the way, including the exit of a contractor from the project this week.

The audit has run over time and over budget, but the team has counted some half a million votes so far and hopes to be done by the end of June.

Still, Hobbs attempted to dismiss the endeavor as a political game, going so far as to claim that the voting machines being examined are now ruined.

“Their goal here is to continue to disrupt, to undermine voter confidence in our processes, and that’s going to have an impact on future elections in terms of voter confidence, and that tends to reduce voter turnout,” Hobbs said.

Hobbs took particular issue with how the ballots were stored after they were temporarily moved out of the Phoenix Memorial Coliseum where the recount was taking place and into a trailer nearby to make way for high school graduations already scheduled at the venue.

“Where the ballots were being stored, it was not a facility that was suitable for storage, because everything was exposed to heat and also humidity because of the method of cooling in the building,” Hobbs complained.

“Any time you’re doing any process like this, the idea of having to start and stop, that interruption, we were already concerned that there were a lot of procedures that were changing and errors that were happening, and I think this increases the chance for those errors.”

Randy Pullen, a former Arizona Republican Party chairman now acting as a spokesman for the audit team, dismissed her concerns, noting that the move was part of the plan from the beginning.

“The reason we had them in the trailers was because they had really good air conditioning in there,” Pullen explained.

“It’s water-cooled air conditioning, so that puts a little more humidity in the air than normal. But it wasn’t a lot of humidity, we were checking it,” he said.

“The audit started back up this morning and things are running smoothly,” the audit team announced in a Monday tweet.

The audit started back up this morning and things are running smoothly with 28 tables working!

Because of Hobbs’ clear disdain for the audit, Republicans in the Arizona state House and Senate passed a measure on Tuesday to strip her of election litigation duties and hand the responsibilities to the state’s attorney general, NBC News reported.

With rumors still flying about fraud and irregularities in the presidential election, Democrats should surely welcome the chance to definitively prove that Biden was the true winner.

Instead, they’ve done nothing but obstruct, complain and ridicule anyone who has the temerity to wonder whether the razor-thin margin in Arizona was accurate.

Maybe this was indeed the most secure election in history, as Democrats have claimed. Wouldn’t it be better to let the audit prove it?

33,000 Migrants from Countries Outside of Mexico and Central America Flock to Weakened US Border