After Spending Nearly 7 Years at a Shelter, Dog Finally Finds His Forever Home 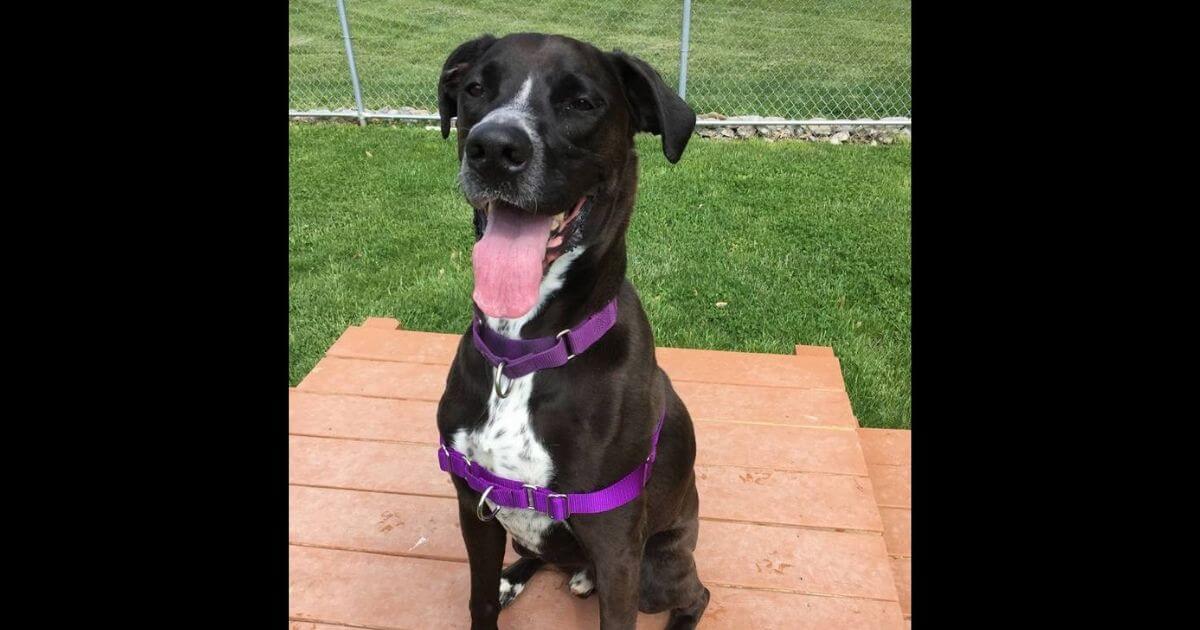 Mica is a 10-year-old German shorthaired pointer and Labrador retriever mix. He’s a distinguished gentleman with particular tastes, and as such, it’s taken him quite a while to find his forever home.

In fact, it took nearly seven years — but in these later years of his life, he will finally know the consistency and love that comes with being adopted into a forever home.

Mica first came to the League for Animal Welfare in Ohio in 2014. Through no fault of his own, the dog had experienced some rough treatment from kids in his formative years that caused him to be unpredictable in certain circumstances — a trait that made him difficult to place.

Because of his age, selectiveness with other dogs, distrust of children and nervousness around new people, Mica needed a “unicorn” adopter.

“I may be a little older, but don’t let my years fool you!” a post about him from 2019 said. “I’m full of love and energy, and I am ready to find my forever home. I like my doggie friends and could probably even go home with one, IF it’s the ‘right’ one!

“I also love my people very much, but I will need you to be patient with me as strangers do scare me. Since I’ve been at the League for a little while now, I like a lot of patience as new folks warm up to me. When I was younger, kids were not very nice to me, so I would rather just stick with adults taking care of me!

“I can be startled easily by sudden hand movements, and don’t particularly like surprises! Could you be ‘the one’?”

But two more years passed, and Mica was still in the shelter. He was well-cared for, and the staff loved him and gave him special privileges, but they knew that a permanent home would be far better for him than living his days out with them.

The dog wasn’t getting any younger, and on Easter, the shelter made a special plea on his behalf.

“Mica had a traumatic start to life, and has learned to be wary of humans he doesn’t know. And he’s learned to trust his instincts, and avoid certain humans altogether! And that’s how he’s spent nearly 7 years at the League.”

Mica’s story circulated, touching people’s hearts until it reached his future adopter: someone who had just the right setting and circumstances for the old boy.

In May, the shelter shared the news that was nearly seven years in the making.

“SHUT THE FRONT DOOR!” they shared on May 26. “Mica – who has been at the League for 6.5 years – has LEFT the building! Our boy has finally found his family.”

“Mica had some behavioral challenges that made finding the right fit especially important. But now he’s found it. Happy life, big guy. Go enjoy being the very best and most spoiled doggie.”

Sara Truitt, a woman who identified herself as Mica’s adopter on the shelter’s post, said he’s doing great and loving his new life.

“Just an update from his new loving Mom…Mica is doing GREAT!” Truitt wrote. “He’s loving the couch and I mean who wouldn’t! He’s eating well and really seems at home. We’ve been on walks and they are slow because let’s face it, he’s not a pup and he LOVES fire hydrants. There are so many smells in the world and I’m thrilled to be able to show him.

“Thank you for all the well wishes and know that this guy is going to have lots of love for the rest of his life. And I’m not ashamed he’s become quite the mommy’s boy and I’m loving every minute of it.”