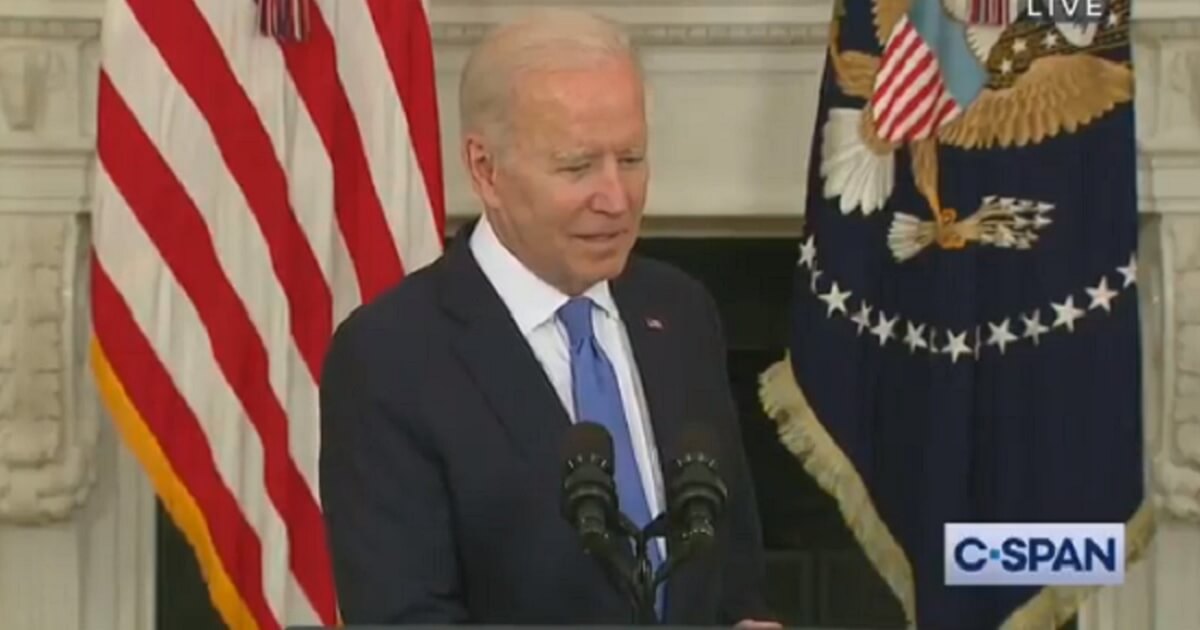 Two people familiar with the proposal told The Wall Street Journal that Biden plans to raise the tax rate on capital gains from 23.8 percent to 43.4 percent for households with over $1 million in income and change the tax rules for unrealized capital gains at death.

The tax rate increase’s effective date would be tied to Biden’s tax increase announcement in his American Families Plan that he detailed on April 28.

Leaders of the six largest U.S. banks testified before Congress on Thursday and issued a warning that retroactive tax increases would likely cause economic damage by scaring small businesses and investors.

“Anything that is retroactive creates extra anxiety and extra uncertainty, and that would just slow down economic activity,” David Solomon, chief executive of Goldman Sachs Group Inc., said.

“So I think retroactivity is something to be very, very cautious about. And I do think a chilling of investment activity through a higher capital-gains tax is something to also think through carefully.”

According to The Wall Street Journal, the Biden administration has tried to avoid imposing retroactive tax increases and many proposals will not take effect until 2022.

Capital-gains taxes are different because of a significant rate increase and the control taxpayers have over when they report their income.

Congress will still need to approve any rate changes and retroactive effective dates, and not every Democrat is on board.

Democratic Sen. Mark Warner of Virginia has said he wants to keep a lower tax rate for capital gains than for normal income while Democratic lawmakers like Sen. Jon Tester of Montana and Rep. Cindy Axne of Iowa have objected to changing the tax rules for unrealized capital gains held until death.

“People have made plans and relied on current law and current policy and you can’t change the rules in the middle of the game.”

Very-high-income households are most likely to have capital gains and Biden tied the rate increase to changes to the treatment of gains at death in his proposal.

Under current policy, people who die with unrealized gains don’t pay any income taxes — their heirs will pay taxes if they sell their assets.

Biden’s proposal would apply income taxes to those unrealized gains with a $1 million per person exemption.

Even with raising taxes among high earners, Biden’s proposed budget would run a $1.8 trillion deficit in 2022, according to NBC News.

“The Budget invests directly in the American people and will strengthen our Nation’s economy and improve our long-run fiscal health,” Biden wrote in a letter to Congress.

“It reforms our broken tax code to reward work instead of wealth, while also fully paying for the American Jobs Plan and the American Families Plan over 15 years. It will help us build a recovery that is broad-based, inclusive, sustained, and strong.”

Says Ryan 'Has No Clue'

Politician Fighting to Dismantle Police Is Violently Carjacked, Forced to Wait on Hold After He Calls 911