Politician Fighting to Dismantle Police Is Violently Carjacked, Forced to Wait on Hold After He Calls 911 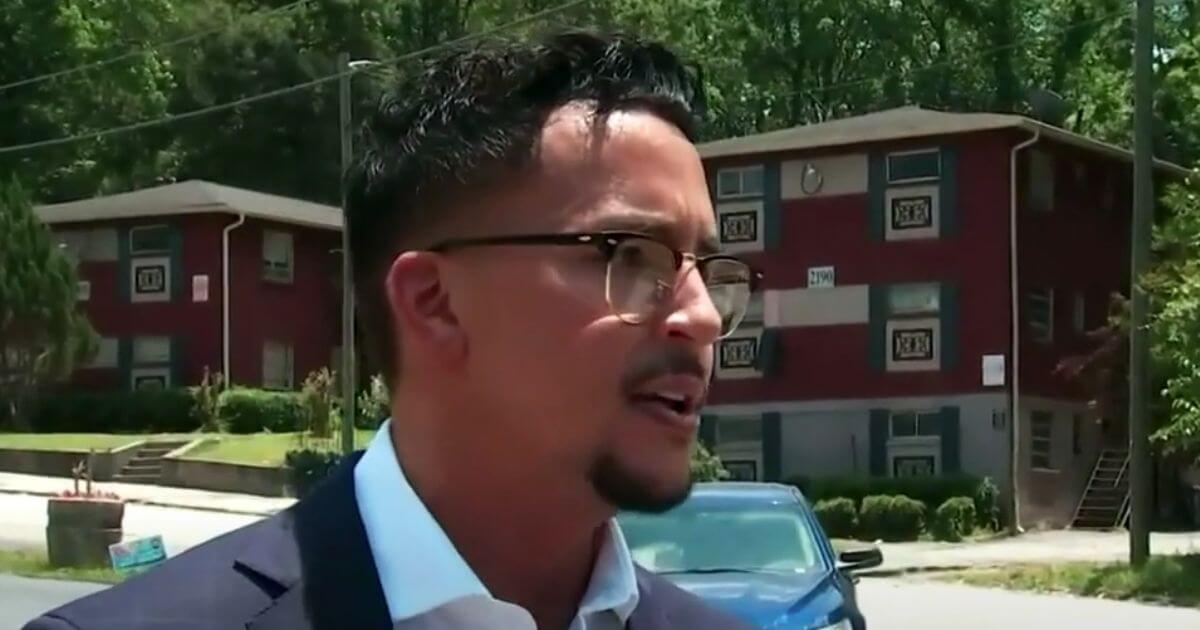 A year after he pushed to defund the police, Atlanta city councilman and mayoral candidate Antonio Brown was carjacked in broad daylight following a ribbon-cutting ceremony for a local shop.

Brown’s 2016 Mercedes was stolen by a group of four young men, at least one of which acted as if he had a gun, and Brown was dragged by the vehicle for a block before letting go.

Things got worse for Brown after that.

Brown said that he was put on hold by 911 for five minutes, according to the Atlanta Journal-Constitution.

After that, it was another 45 minutes before the overburdened police could arrive on the scene.

A recording of the 911 call reveals that Brown temporarily left the scene before calling 911, and that he estimated his attackers to be children.

“My car was just carjacked by kids, four kids that couldn’t have been no older than 14 years old,” Brown told 911.

Another report by WGCL-TV estimated the ages of the carjackers at seven to 11 years old.

Thankfully, Brown was safe and relatively unharmed by the incident. Not all people are so lucky, however, in this age marked by a total disregard for the importance of policing.

In a similar, though more horrific incident earlier this month, it took police in Austin, Texas 13 minutes to arrive on the scene after a man was shot in the head.

The tragic circumstances came about because the city of Austin defunded the police department by $150 million, and there was simply no police available to come to the scene.

Likewise, Brown’s carjacking also points to the immense strain that so many urban police departments are facing. Indeed, combined with the pure enmity of the press and popular police culture, it is a miracle that anyone continues to work in law enforcement at all.

It does make one wonder, however, just how much worse Brown’s circumstances would have been had he had his way last year when, according to The Intercept, he proposed that the city council seize $73 million from the Atlanta police department and give it to social services.

It may well be that Brown’s failure to pass his own rendition of defunding the police is the reason why police were able to come to his aid at all.

The Atlanta police are clearly over-taxed and already stretched too thin. Knocking them down, like Brown wants to do, would only embolden criminals who have zero interest in respecting a beefed-up social services worker.

Put simply, the future that Brown envisions for Atlanta is one in which he would never have been helped.

His recent encounter with crime does not seem to have made him any wiser, however. Brown joined the Atlanta mayoral race earlier this month and, according to the Atlanta Journal-Constitution, is intent on running his campaign on the promise of creating a “Wellness” department to combat the city’s 52 percent increase in homicides.

It is well established that cities that defunded their police departments last year are now scrambling to put the money back after violent crime skyrocketed in the absence of police.

One can only hope that Brown gets the memo before he creates an Atlanta where the police just don’t show up.