About 1/3 of Americans Either Aren’t Sure or Think Fighting the Nazis in WWII Was a Mistake: Poll 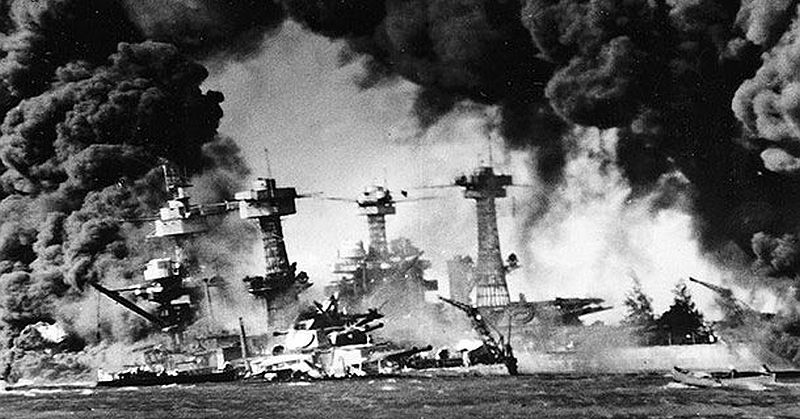 A shocking number of Americans could not say that fighting Adolf Hitler’s German war machine, or other international tyrants, was the right decision when asked at the end of May, according to a poll.

A survey conducted by Economist/YouGov ahead of Memorial Day polled American adults about their opinions on U.S. wars, dating back to the First World War. The survey asked, “Do you think the United States made a mistake sending troops to fight in the following wars?”

Naturally, engagements such as the Vietnam War, the Korean War, the 1991 Gulf War, and the current wars in Iraq and Afghanistan saw people divided. For example, 48 percent of Americans polled in May said they felt the prolonged engagement in Vietnam was a mistake, while only 28 percent said fighting against the spread of communism in Vietnam was the right choice.

One quarter of survey respondents said they were not sure.

The current occupation of Iraq, the result of a 2003 invasion of the country, was only supported by 33 percent of Americans polled by Economist/YouGov, while the similar situation in Afghanistan had only the support of 39 percent. Forty-three percent of respondents said the war in Iraq was a mistake, while 36 percent said the same thing about entering Afghanistan.

In what should be seen as either apathy, a failing of the country’s education system or both, 25 percent of the poll’s respondents did not know how to answer questions about Vietnam, the Gulf War or the wars in Iraq and Afghanistan.

It’s understandable that people might have varying opinions on those conflicts, but the truly astounding aspect of the poll’s findings was how Americans said they felt about the Second World War. Only 68 percent of Americans polled said they felt that sending troops to fight actual fascism and genocide in Europe, North Africa and Asia was the right decision, while 14 percent said entering the war was an outright mistake.

Another 18 percent said they were “not sure” how to feel about America’s involvement in the Second World War — meaning basically one-third of the nation can’t definitively say that America’s slaying of evil wasn’t a mistake.

How are so many people in this country so blind or willfully ignorant?

Pearl Harbor was decimated on Dec. 7, 1941 in a surprise attack that left more than 2,400 Americans dead. The attack came after the Japanese had already spent years terrorizing civilians across the South Pacific and in China. Women in that country were raped and/or mutilated to death by the thousands.

Likewise, Germany and Italy, two countries run by fascist dictators, both declared war on the U.S. within days of the Hawaii attack due to their alliance with Japan. Germany, run with an iron fist by race fanatic Adolf Hitler, was killing Jewish people and other “undesirables” by the millions after overrunning most of Europe and a swath of the then-Soviet Union beginning in June of that year.

America went from enjoying peace to facing three modern, mechanized militaries in a matter of days. Even in spite of that fact, if there was ever a time to intervene, it was when a literal axis of evil threatened to upend the globe in order to further campaigns of maniacal mass murder and eugenics.

The conflict was ultimately not only one of good versus evil, but survival versus death and/or tyranny for the free world. The fact that only 68 percent of Americans in a poll can now say that American soldiers bringing those cretins to their knees was the best possible decision is a slap in the face to all who served during the war.

America’s involvement in World War II was unequivocally the single largest show of selflessness ever seen in human history. Young men from every corner of this country volunteered to fight evil, and so many of them never came home. Many of those who did came back much different men.

But those men contributed to a country that was already the light of the world. Too many of their descendants either say they don’t care or, when asked, said they were opposed to their sacrifices, which is a complete disgrace.

Economist/YouGov noted, “This sample was weighted according to gender, age, race, and education based on the American Community Survey, conducted by the US Bureau of the Census, as well as 2016 Presidential vote, registration status, geographic region, and news interest. Respondents were selected from YouGov’s opt-in panel to be representative of all US citizens. The margin of error is approximately 2.9% for the overall sample.”

Biden's DHS May Consider Plan to Bring Illegal Aliens Deported by Trump Back to the US: Report