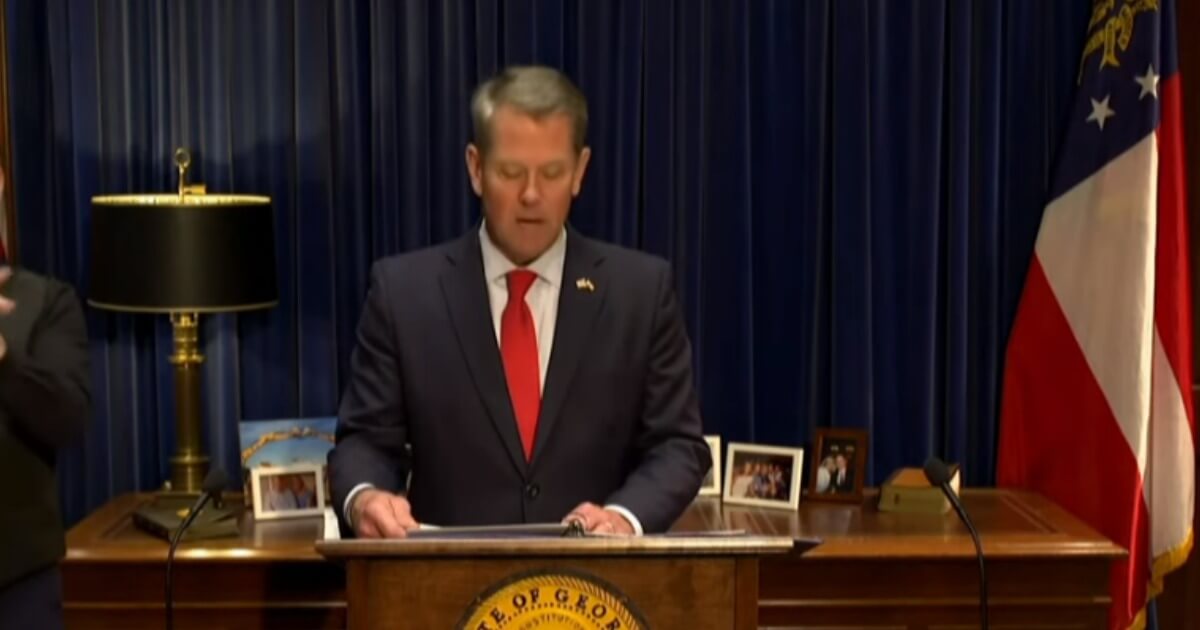 Georgia Gov. Brian Kemp heard the howls of outrage Saturday from fellow Republicans who wanted him to have been more active in pushing back against the results of the 2020 election.

In the immediate aftermath of the election, then-outgoing President Donald Trump branded Kemp, along with Gov. Doug Ducey of Arizona as “RINO Republicans,” or “Republican in Name Only,” or RINO, for certifying the results that showed President Joe Biden narrowly defeating Trump.

“Two RINO Republicans who fought against me and the Republican Party harder than any Democrat,” Trump wrote in a Twitter post, according to Forbes.  “Never forget, vote them out of office!”

Kemp was continually booed Saturday when he tried to address the state’s Republican convention.

.@BrianKempGA greeted at the Ga GOP convention with loud boos. He was speaking for about 30 seconds before it was quiet enough to hear him from the press area. But he got his first full applause when he mentioned Georgia being the first state to reopen during the pandemic. #gapol pic.twitter.com/4LcgRqkvoO

“The jeering was so loud it was difficult to make out much of what Kemp said during his remarks, at least from the back of the Jekyll Island Convention Center.” #gapol https://t.co/f3LWi19M6W

“The jeering was so loud it was difficult to make out much of what Kemp said during his remarks, at least from the back of the Jekyll Island Convention Center,” the Atlanta Journal-Constitution wrote in its reporting on the incident.

“We passed heartbeat legislation,” Kemp said of a law that would ban abortion if a baby’s heartbeat could be detected.

“Boo! What about the voting machines?” a critic howled in reply, referring to widespread but unproven concerns about the accuracy of the machines.

Kemp, despite the booing, escaped the fate of Georgia Secretary of State Brad Raffensperger, who was censured by the state’s party, according to Axios.

Here’s a version of the resolution that just passed at the GOP convention that “censured” Secretary of State Brad Raffensperger for “dereliction of his Constitutional duty” and calls on @GovKemp to “repair the damage that has been done.” #gapol pic.twitter.com/l5mE8Mbg9L

The resolution said Raffensberger was guilty of “dereliction of constitutional duty.”

Despite the divisions on display, Kemp called for unity.

“We must be strong and courageous,” Kemp said, saying Democrats can bring vast resources to bear against the GOP, according to The Associated Press.

“They’ve got Hollywood. They’ve got billionaires in New York and California. … That is why we have to be united as well and move forward together.