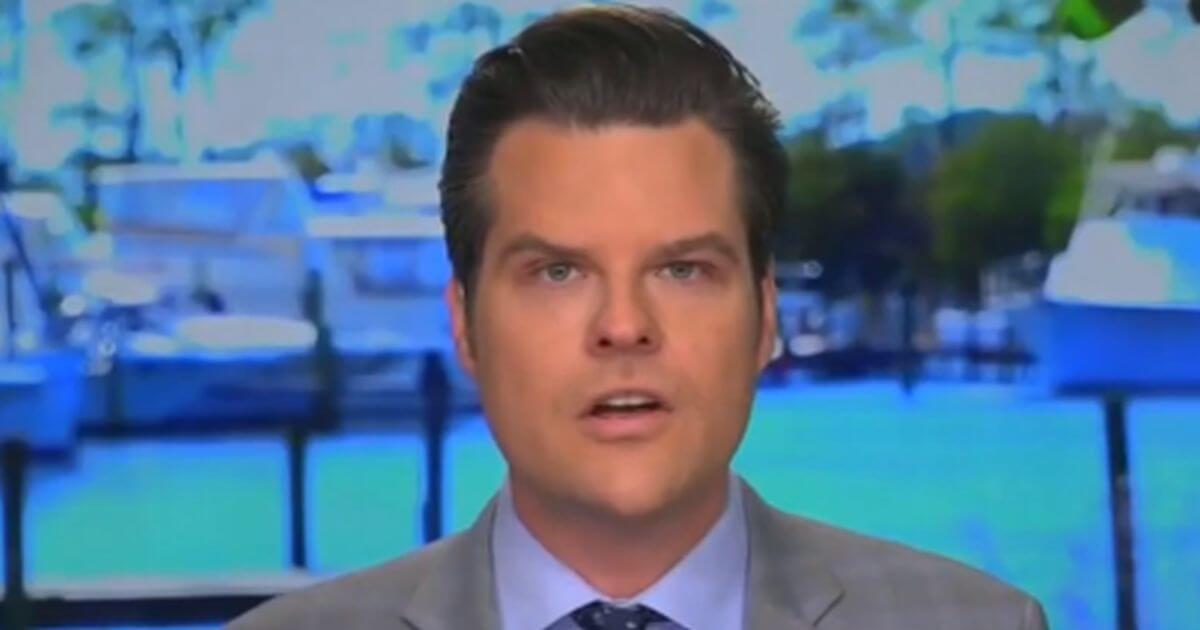 Gaetz contacted Newsmax early this year, a source at the outlet said. That was around the time that news broke Gaetz was the subject of a federal investigation into possible sex trafficking of a minor.

Investigators are seeking to determine whether Gaetz had sex with a 17-year-old, according to news reports and a law enforcement source who spoke with Reuters. He has not been charged with any crimes and has repeatedly denied wrongdoing.

Spokespeople for Gaetz had no immediate comment about any Newsmax job rejection.

“Newsmax has had no plans to hire Rep. Gaetz,” said Brian Peterson, a spokesperson for the website.

A source familiar with Newsmax’s policies said: “Earlier this year, (Gaetz) reached out and said he might leave Congress early and was interested in TV work.”

The three-term Florida congressman’s approach to Newsmax management was “just a conversation” and Newsmax “never told him we were interested” in hiring him, the source said.

Is Matt Gaetz guilty or is he being framed by the Dems and the media?

During his testimony to the House Judiciary Committee, Don McGahn did not do what Democrats wanted him to do. pic.twitter.com/ufd0552CKQ

Joel Greenberg, a Gaetz associate and former Florida county official, recently pleaded guilty to charges of trafficking a female minor to other adult men who engaged in sex acts with the minor. Prosecutors named no other men.

Greenberg has agreed to cooperate with prosecutors as part of his plea agreement.

Interviewed in May by Newsmax, Gaetz said: “The anonymous allegations against me range from total distortions of my life to these crazy and wild conspiracy theories that will never be proven, but they always come for the fighters.”