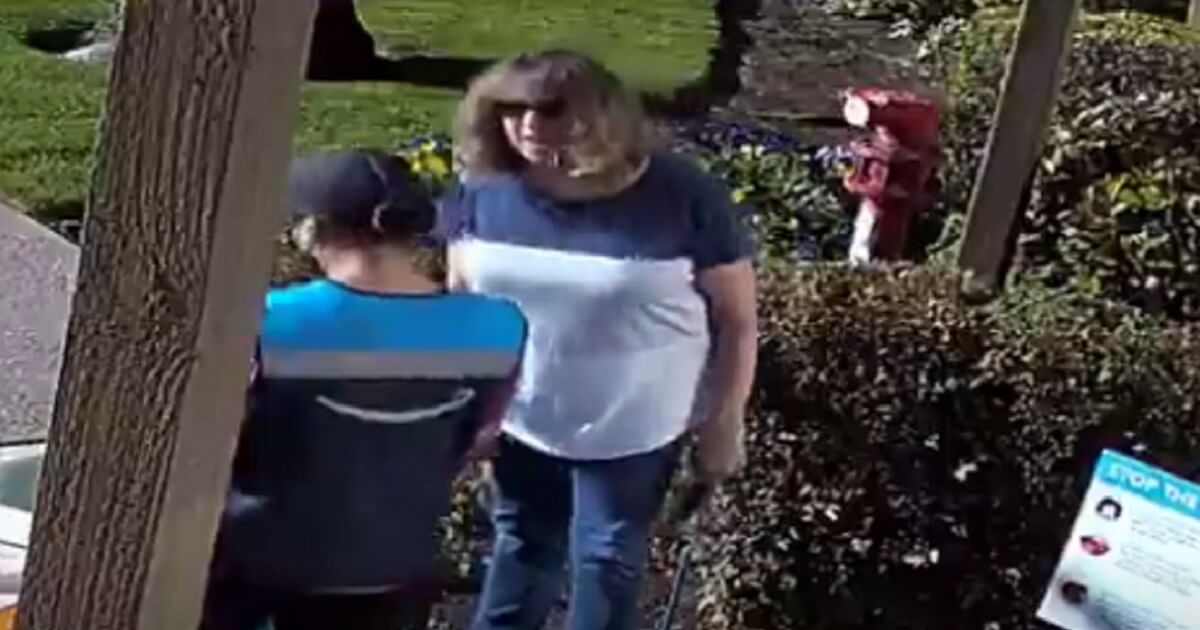 An Amazon delivery driver was arrested after a 67-year-old woman was repeatedly punched after heated words were exchanged in a dispute over the status of the customer’s package.

According to KTVU-TV in Oakland, the incident occurred at Thursday at an apartment complex in Castro City, California. Complex owner Doug Smith told the station a tenant was waiting for a package and received a notification that it had been delivered.

She then saw an Amazon delivery driver, a 21-year-old woman named Itzel Ramirez, and asked where her package was. The driver said the tenant would be getting it soon.

After waiting 15 minutes, the tenant went to ask the driver again about the package, Smith said.

What happened next is caught on video.

“I believe the Amazon driver said something about ‘your white privilege,’ and my tenant said, ‘You don’t need to be a bitch about it,’ turned around and walked away,” Smith said, according to KTVU.

Video shows the driver repeatedly punching the tenant. When the one-sided fight was over, the driver brought several packages into the apartment complex.

“It was frightening to see an Amazon driver do that, somebody who we allow onto the property to provide us a service,” Smith said, according to KRON-TV.

The tenant told 911 dispatchers she was hit about 10 times around the face and head.

Ramirez did not deny the attack, but said it was a case of self-defense.

“We can’t have our delivery drivers or people out there in the community attacking people, punching people in the face,” said sheriff’s Sgt. Ray Kelly.

Amazon released a statement distancing itself from Ramirez’s actions.

“This does not reflect the high standards we have for drivers who deliver our packages,” the statement said, according to KRON.

“We take these matters seriously and this individual is no longer delivering Amazon packages.”