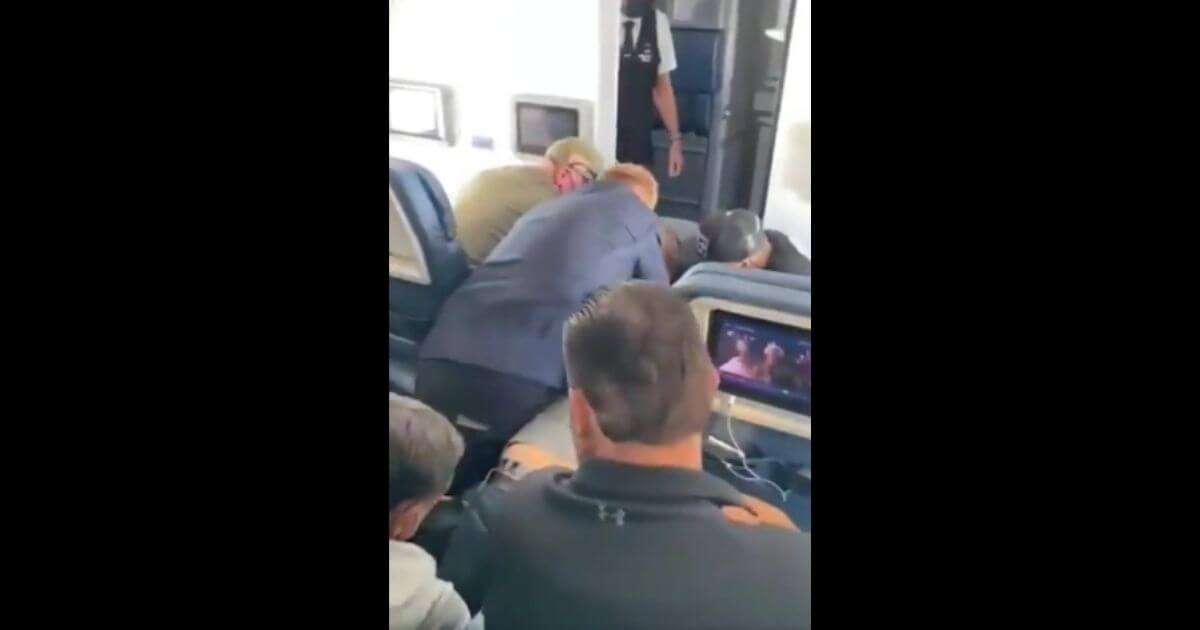 Chaos erupted on a Delta Airlines flight after a passenger whose motives remain unknown tried to break into the plane’s cockpit, only to be subdued by flight attendants and passengers.

Delta Flight 386, which was scheduled to go from Los Angeles to Nashville, was diverted to Albuquerque, New Mexico, after the incident.

No passengers or crew members were injured in the incident, which was caught on video and shared on social media.

“Thanks to the crew and passengers of Delta Flight 386 … who assisted in detaining an unruly passenger as the flight diverted to Albuquerque,” Delta said in a statement, according to Reuters.

Delta said the crew and passengers “assisted in detaining an unruly passenger as the flight diverted to Albuquerque. The aircraft landed without incident and the passenger was removed by law enforcement,” according to CBS.

Dramatic video shows passengers and crew subduing a man who allegedly attempted to storm the cockpit of a Delta flight, forcing the plane en route to Nashville to make an emergency landing in Albuquerque. https://t.co/PCUogPQUzG pic.twitter.com/vK8rNbXZec

This was our view from the 3rd row right after the @Delta attendants and passengers apprehended the person who attempted to get into the cockpit. He was screaming “Stop the plane.” pic.twitter.com/8CG7zNFpTq

Passenger Grace Chalmers said a fellow passenger was the first to tackle the man, according to CNN.

She said after the man was subdued, he was held down for about 20 minutes until the plane landed.

Chalmers spoke to CNN while waiting for her journey to continue.

“We’ve all been able to relax, but I would say, in the moment, it was extremely stressful,” she said.

The flight had 162 passengers and six crew members aboard, according to Reuters.

The FBI confirmed that the agency was taking part in the investigation.