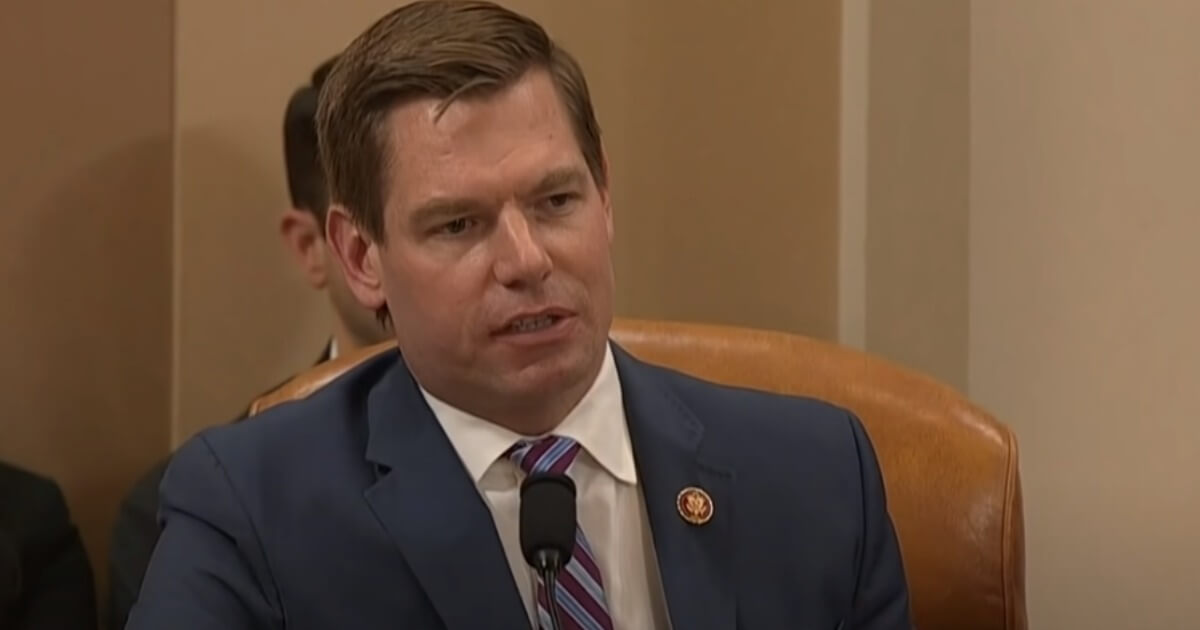 Democratic Rep. Eric Swalwell of California has served his colleague Republican Rep. Mo Brooks of Alabama with a lawsuit over his alleged involvement in the January 26 Capitol Hill riots.

Brooks confirmed the lawsuit in a Sunday Twitter post, accusing Swalwell’s team of committing a crime by “unlawfully sneaking INTO MY HOUSE & accosting my wife” while serving the lawsuit.

.@EricSwalwell Well, Swalwell FINALLY did his job, served complaint (on my WIFE).

HORRIBLE Swalwell’s team committed a CRIME by unlawfully sneaking INTO MY HOUSE & accosting my wife!

The GOP representative alleged in his tweet that the private investigator Swalwell’s legal team hired to serve the lawsuit committed first-degree criminal trespass.

Philip Andonian, an attorney working for Swalwell, denied that accusation in a statement to CNN.

“No one entered or even attempted to enter the Brooks’ house. That allegation is completely untrue. A process server lawfully served the papers on Mo Brooks’ wife, as the federal rules allow,” Andonian said.

The attorney further went on to say that “this was after her initial efforts to avoid service. Mo Brooks has no one but himself to blame for the fact that it came to this.”

“We asked him to waive service, we offered to meet him at a place of his choosing. Instead of working things out like a civilized person, he engaged in a juvenile game of Twitter trolling over the past few days and continued to evade service.”

The attorney then said, “He demanded that we serve him. We did just that.

“The important thing is the complaint has been served and Mo Brooks can now be held accountable for his role in inciting the deadly insurrection at the Capitol.”

According to CNN, Swalwell’s legal team has yet to notify the court that Brooks has been served with the lawsuit.

The network reported that serving the lawsuit papers is an important step in the process of Swalwell’s legal action because once the papers have been served, Brooks needs to respond to Swalwell’s allegations.

Multiple rules regulate the appropriate way of serving a lawsuit to a defendant. According to CNN, Brooks, if he believes Swalwell’s legal team did not properly serve him the lawsuit, can fight that in court.

The Hill reported that Swalwell’s team resorted to using a private investigator after experiencing trouble with reaching the GOP representative.

Swalwell first filed his lawsuit against former President Donald Trump and his allies, including Brooks and Rudy Giuliani, in March.

He alleged that they are responsible for inciting the Jan. 6 Capitol incursion and causing him “severe emotional distress.”

The lawsuit claimed that Trump and his allies broke anti-terrorism laws, among other things.

Did Biden Snub D-Day Anniversary Because It Doesn't Fit His Narrative About America?