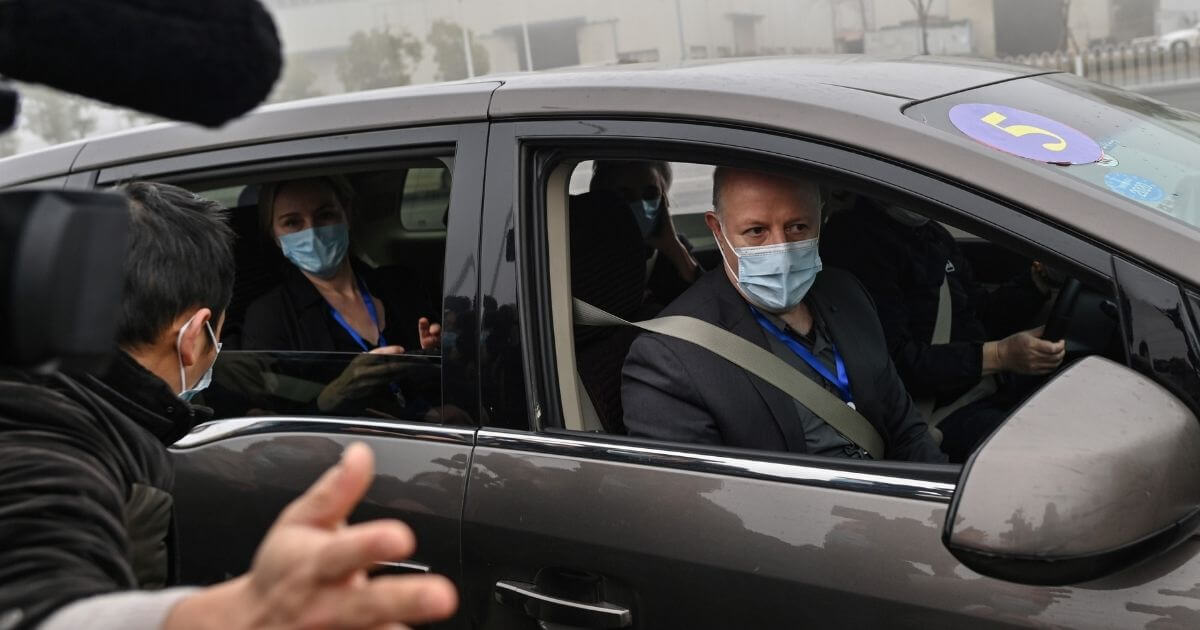 Ever since it became acceptable to suggest the coronavirus may have leaked from the Wuhan lab conducting research on bat virus strains, one name in particular has kept popping up.

That would be Peter Daszak.

Daszak is the president of EcoHealth Alliance, which describes itself as “a global environmental health nonprofit organization dedicated to protecting wildlife and public health from the emergence of disease.”

EcoHealth received a $3.7 million grant from the National Institutes of Health in 2014. The organization was involved with the Wuhan Institute of Virology, and it is believed that Daszak passed on some portion of the grant to subsidize gain-of-function research there.

Last week, following the release of over 3,200 pages of Anthony Fauci’s emails from the first six months of the pandemic, we learned that Daszak emailed Fauci on April 18, 2020, to thank him for dismissing the theory that the coronavirus may have escaped from a lab.

Daszak wrote: “I just wanted to say a personal thank you on behalf of our staff and collaborators, for publicly standing up and stating that the scientific evidence supports a natural origin for COVID-19 from a bat-to-human spillover, not a lab release from the Wuhan Institute of Virology.”

Daszak was also the writer and organizer of a statement signed by 27 public health scientists that was published in the elite medical journal The Lancet on Feb. 19, 2020. The letter effectively shut down debate over the origins of the pandemic.

It read in part: “The rapid, open, and transparent sharing of data on this outbreak is now being threatened by rumours and misinformation around its origins. We stand together to strongly condemn conspiracy theories suggesting that COVID-19 does not have a natural origin.”

This letter did more than anything else to turn the tide away from the lab leak theory.

Now we’re learning that The Lancet has set up a task force to investigate the origins of the pandemic.

In addition to “analyzing data on all of the theories put forward on the origins of COVID,” the task force will “review thoroughly and objectively all publicly available evidence, particularly the peer-reviewed literature, and conduct interviews with key leaders in science, medicine, policy and civil society.”

Here’s the catch: Daszak has been selected to lead the effort.

Are they kidding us?

Steve Watson at Summit News wrote, “ANYBODY but this guy would be more suitable. … Dr Peter Daszak, who is heading up this task force, is perhaps the least suitable scientist on the planet to objectively analyse the data, given his track record.”

Daszak was also the lead investigator on the World Health Organization team that traveled to Wuhan in February. Predictably, the team called the lab leak theory “extremely unlikely.” Watson wrote that Daszak reached this conclusion within three hours.

Daszak admitted in March that he personally vouched for the WIV, leading investigators not to request access to data deleted by the lab in September 2019.

In the video below, recorded in December 2019, shortly before the coronavirus spread throughout the world, Daszak is interviewed by virologist Vincent Racaniello. Daszak tells Racaniello:

“You can manipulate [coronaviruses] in the lab pretty easily. The spiked protein drives a lot of what happens with the coronavirus. … You can get the sequence, you can build the protein … insert into [the] backbone of another virus and do some work in a lab.”

Watson reported that “Daszak was later employed as an ‘expert fact checker’ by Facebook when it was monitoring and removing ‘misinformation’ about the origins of COVID on its platform, much of which was credible scientific research.”

In the video below, Fox News’ Laura Ingraham and Republican Sen. Rand Paul of Kentucky, who is a physician himself, discuss attempts by members of the international medical community to steer the public away from the lab leak theory.

Asked about Daszak, Paul says, “Peter Daszak is not a disinterested party. He’s not just looking for the truth. He was the funder of the research in Wuhan. So he has a self-interest in not revealing this, because it turns out the lab — the virus came from the lab.”

“This is a big deal,” Paul added. “So any investigation going forward, it can’t include Tony Fauci, can’t include Peter Daszak, because they were the ones who funded the lab. They have a conflict of interest with coming to the truth.”

Okay, so Daszak has funded research at the Wuhan lab and led WHO’s investigation into the origins of the pandemic, during which he allegedly concluded within three hours that it had a natural source and left plenty of stones unturned.

He persuaded 27 respected scientists to sign onto a letter deriding anyone who thinks the virus could have escaped from a lab, and now he’s been appointed to lead The Lancet’s investigation.

Rather than leading another investigation, Daszak needs to testify under oath before Congress. So do Fauci and others at the center of the effort to mislead the world as to the origin of the coronavirus.

Capitol Cops Knew About Jan. 6 Weeks Ahead of Time, Could Have Stopped It but Didn't