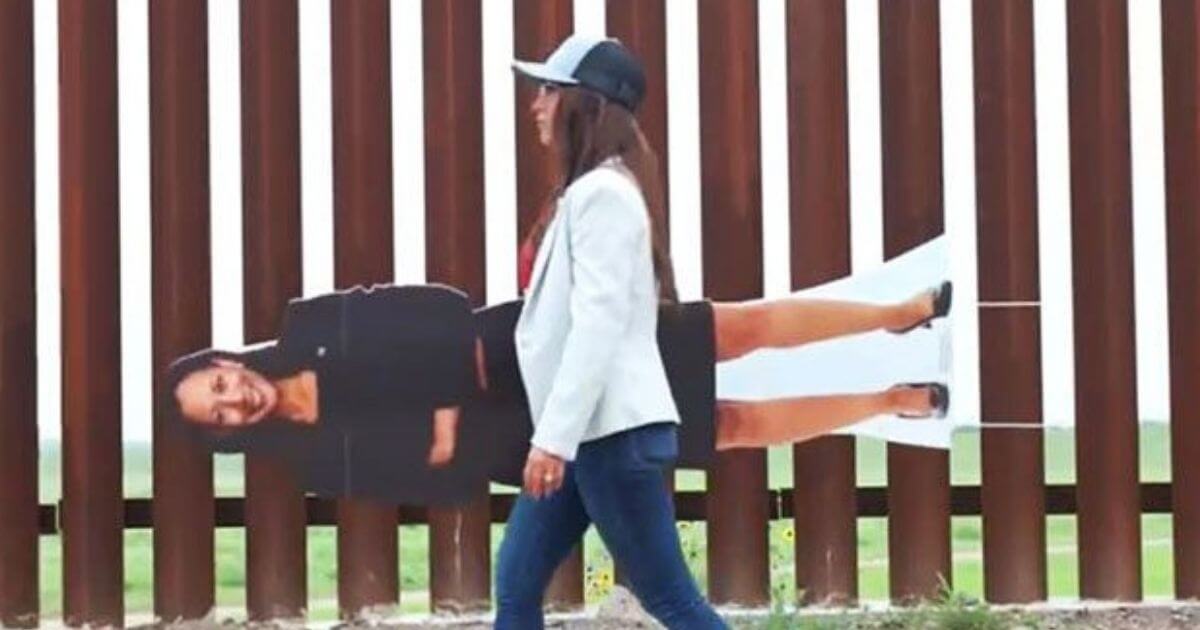 Colorado Republican Rep. Lauren Boebert released a Twitter video on Tuesday in which the congresswoman carried a cutout of Vice President Kamala Harris, who has not yet visited the border more than 70 days after President Joe Biden designated her to address the causes of the nation’s immigration crisis.

I went to the southern border to see what’s up, but I didn’t go alone… pic.twitter.com/m66fet7mUT

Boebert recently traveled to McAllen, Texas, where she created the video. The congresswoman released the video on Twitter to highlight Harris’ absence at the southern border.

“You can’t just hear about what’s happening. You have to come down here to see for yourself to really understand the devastating reality at our southern border,” Boebert said.

“So I brought Kamala down to see exactly what this regime is responsible for with their man-made crisis.”

Boebert argued Harris has not helped Americans, saying in the video, “You know what’s not up at the southern border? Respect for law and order, funding for our Border Patrol. And where is the media to cover this crisis?”

The congresswoman added, “More than 70 days ago, Biden named cackling Kamala as border czar but she hasn’t done a single thing to protect the American people.”

The Colorado lawmaker ended the video by propping the cutout of Harris in front of a border fence. Boebert said, “Now, Kamala, I want you to stand here and look at what you’ve done.”

The criticism came as Harris sought to address the recent surge of illegal immigrants crossing the nation’s southern border, including many from Guatemala.

U.S. Customs and Border Protection announced more than 178,000 encounters with migrants attempting to cross the border in April.

In the first international trip by Harris as vice president, she said in a news conference, “We, as one of our priorities, will discourage illegal migration. And I believe if you come to our border, you will be turned back,” according to Fox News.

“Border Patrol has released more than 60,000 migrants into the United States without a court date since Biden took office, asking them to simply report to Immigration and Customs Enforcement (ICE) instead,” Fox reported.

Harris also faced criticism from activists as she landed in Guatemala.

When she descended the steps of Air Force Two, Harris was greeted by a crowd of protesters outside the airport — many of them pro-Donald Trump activists — flashing signs that read “Kamala Mind Your Own Business,” “Kamala Go Home” and “Kamala, Trump Won.”

In an interview conducted Friday that aired Sunday on CBS News’ “Face the Nation,” Guatemalan President Alejandro Giammattei also made clear that he blamed the change of presidential administrations north of the Rio Grande for the surge of illegal migration from Central America and other nations, fostered by the human-smugglers known as “coyotes.”

In the interview, conducted in both Spanish and English, Giammattei said after President Joe Biden’s inauguration, the message from the U.S. had changed from the rigid anti-illegal immigration stance of former President Donald Trump to a much more welcoming attitude.

“The very next day the coyotes here were organizing groups of children to take them to the United States.”

To Mask Or Not To Mask...Kamala Gets It Wrong Two Out Of Two Times

Lauren Boebert Brings Cardboard Kamala Harris to U.S. Border Since VP Has Yet To Make An Appearance There