Mexico Cartel Activity Is ‘Spilling Over’ Into US 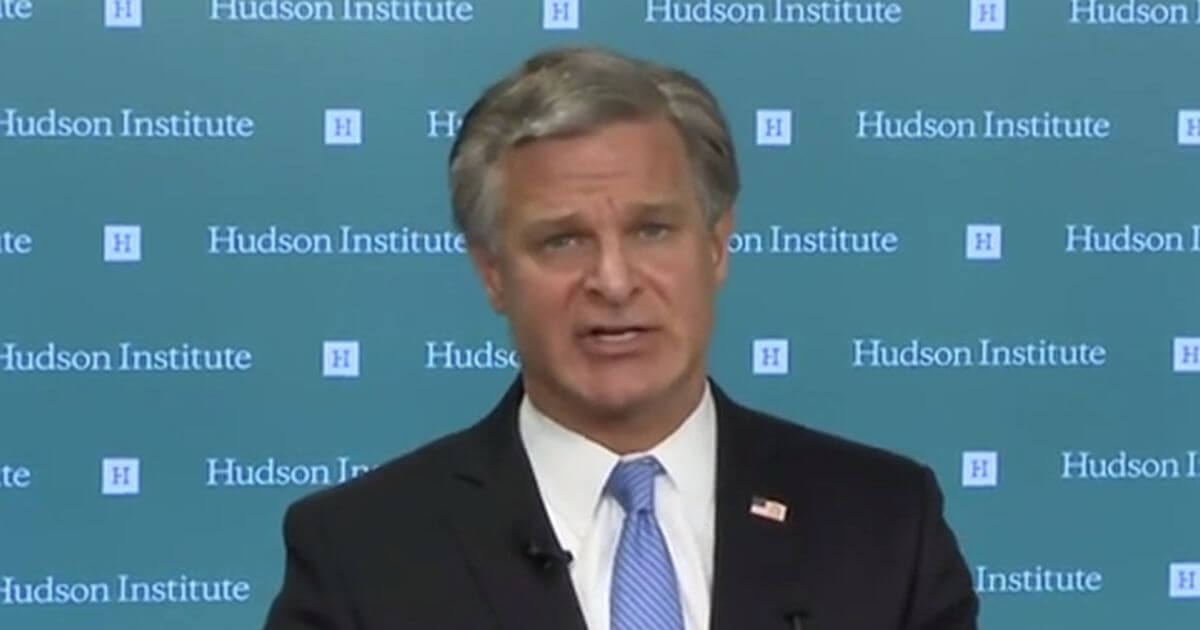 During the nearly six months the new administration has been in office, neither President Joe Biden nor Vice President Kamala Harris has visited the southern border.

In the past three months, our country has seen decades-old records for the number of illegal immigrants detained at the border set in three successive months. In May, there were over 180,000 apprehended. According to the Washington Examiner, only roughly 8,000 of these individuals were apprehended at ports of entry, which means the rest are coming in through unsecured sections of the southern border.

And then there are the criminal cartels taking advantage of the chaos — as well as those who can’t pay.

In an appearance before the House Judiciary Committee on Thursday, FBI Director Christopher Wray said cartel activity “spilling over” into the United States is a “significant security concern,” according to the Washington Examiner.

Wray had been asked by California Republican Rep. Tom McClintock about whether illegal immigrants become indebted to criminal cartels who smuggle them across the border.

“Certainly, we have seen quite a number of such instances, absolutely,” Wray said, according to Fox News.

He then asked if those debts were paid off via indentured servitude.

“In some cases, definitely,” the FBI director responded. “We are pursuing a number of human trafficking task forces, as well as working on certain taskforces with DHS [Department of Homeland Security] to try to address that issue.”

He added that “there’s no question that the cartel activity on the other side of the border is spilling over in all sorts of ways and you just put your finger on one that is extremely concerning.”

An additional concern to the FBI director was the link between cartels and gangs.

“Different cartels have different affiliations with gangs here in the United States,” Wray said, according to the Examiner.

“There’s not just human trafficking from a labor perspective, but also sex trafficking.”

It isn’t just indentured servitude we have to worry about from cartels, either. Some smugglers have been known to abandon unaccompanied minors after getting them across the border; in one video released by El Paso Sector Chief Patrol Agent Gloria Chavez in March, smugglers allegedly dropped two children, ages 3 and 5, from a border fence “miles from the nearest residence.”

Smugglers, under cover of night, scaled a 14 ft. border barrier and cruelly dropped 2 young children in the middle of the New Mexico desert. The girls, ages 3 & 5, were left miles from the nearest residence. Thank you STN Agents for rescuing these children! @CBP @CBPWestTexas pic.twitter.com/U91y2g8Lk1

Beyond that, there’s the issue of who’s trying to come into the United States illegally.

In May, the Border Patrol announced there’s been a 3,166 percent increase in convicted sex offenders apprehended in the Del Rio Sector over last year. Laredo Border Patrol, meanwhile, announced earlier this month that it had apprehended 760 illegal immigrants with criminal records this fiscal year compared with just 60 during the same time period last fiscal year — a 1,267 percent increase.

President Biden’s performance on the border is consistently his weakest area in polling. Yet, this doesn’t seem to be an agenda item for him and he seems vaguely annoyed when he’s forced to talk about it. He’s delegated some amorphous role in the matter to Vice President Harris, one that apparently entails dealing with the “root causes” of illegal immigration through diplomacy.

Just don’t expect her to visit the border to see the crisis she’s supposed to have some hand in solving. In fact, she seems to find that idea pretty funny.

In March, shortly after she was tasked with the role, she was asked by a reporter whether she planned to visit. “Not today,” she said, laughing. “But I have before, and I’m sure I will again.”

Reporter: “Do you plan to visit the border?”@VP Kamala Harris: “Not today. But I have before, and I’m sure I will again.” pic.twitter.com/81MTMQ3gJQ

Those willing to give the veep a mulligan on that one, seeing as she was maybe caught off-guard by the question, mightn’t have been so forgiving when she seemed equally surprised by almost the exact same question during a sit-down interview with Lester Holt last week after her visit to Central America.

“You haven’t been to the border,” Holt replied.

“And I haven’t been to Europe,” Harris said, again with a laugh.

“We’ve been to the border.”

Kamala “and I haven’t been to Europe.”

Do we have an illegal migrant crisis on our ‘border’ with Europe? pic.twitter.com/qsBxNbMs8a

“And I mean, I don’t — I don’t understand the point that you’re making. I’m not discounting the importance of the border,” she added.

She may really believe that last part, but that doesn’t seem to be the impression illegal immigrants or criminal cartels are getting.

Outnumbered Officer Hit in Shooting Hand and Unable to Call for Backup, Video Shows the Moment He Turns the Tables