5 Years After Pulse Shooting, the Left Is Still Falsely and Dangerously Claiming It Was an Anti-LGBT Hate Crime 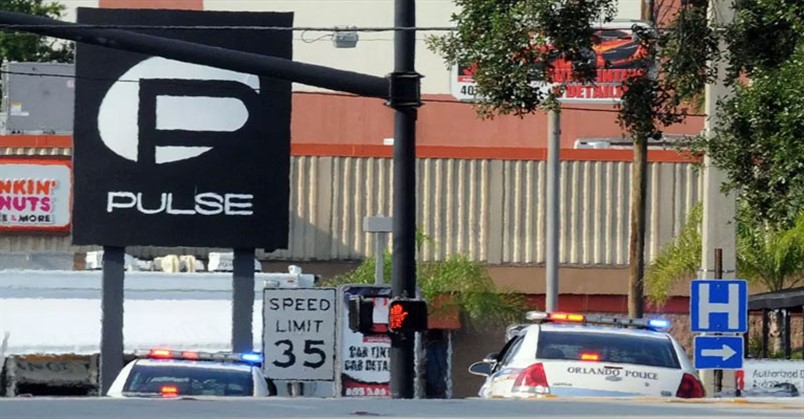 Saturday marked the fifth anniversary of the mass shooting at the Pulse Nightclub in Orlando, Florida. Omar Mateen, a resident of the state, gunned down 49 people and wounded 53 others at the nightclub before being killed by police.

Mateen’s rampage was an atrocious act for which there is no justification.

Although straight people patronize the Pulse, it is known as a gay nightclub. However, five years later, there is still no evidence that Mateen targeted the Pulse for that reason.

The Orlando Sentinel reported that Mateen’s wife, Noor Salman, told prosecutors that before the massacre, her husband had asked her: “What would make people more upset, an attack on downtown Disney or a club?” He didn’t say “a gay club,” nor did he “mention gay people in phone calls during the attack,” the report said.

The Sentinel article was published leading up to the one-year anniversary of the mass shooting, and at that point, the article said, “The only confirmed motive is the shooter’s statements to 911 operators and hostage negotiators. He told them he pledged allegiance to ISIS and wanted people to know the pain that Syrians and Iraqis felt.”

Mateen had been angry about the Obama administration’s activities in the Middle East.

Nevertheless, the social justice warriors on the left have found it convenient to categorize the event as an anti-LGBT attack.

One Twitter user, @MattThomasNYC, called out the obvious duplicity of four Senate Democrats. He posted their nearly identical comments with the following message: “5 years since pulse, 3 years since it was proven it wasn’t a hate crime & the shooter literally picked pulse at random from google after security was too tight at the mall he went to first. the NGOs are hopeless of course, but shouldn’t the bar be a little higher for senators?”

Journalist Glenn Greenwald, a liberal but an honest one, also pointed out their dishonesty.

Democratic Senators and activist groups promoting a false, conclusively disproven narrative about the Pulse shootings for their own benefits. Anti-LGBT animus was not part of that massacre. It dishonors the memory of the victims – & the LGBT cause – to lie about what happened. https://t.co/bhjpeaVSS5

This tweet is an absolute lie. Every journalist who covered the PULSE shootings and trial will tell you this. It’s infuriating to watch Senators blatantly lie this way. https://t.co/tYxqNEU8pZ

And, of course, President Joe Biden has jumped on the train.

On Saturday, CNN reported that the White House had released a statement on his behalf that read, “Five years ago today in Orlando in the middle of Pride Month, our nation suffered the deadliest attack affecting the LGBTQ+ community in American history, and at the time, the deadliest mass shooting by a single gunman.”

“Within minutes, the Pulse nightclub that had long been a place of acceptance and joy turned into a place of unspeakable pain and loss. Forty-nine people there celebrating Latin night were murdered, even more injured, and countless others scarred forever — the victims were family members, partners and friends, veterans and students, young, Black, Asian and Latino — our fellow Americans.”

“Pulse Nightclub is hallowed ground,” the president said, adding that he would sign a bill designating the Pulse as a national memorial.

A horrendous nightmare played out five years ago in Orlando, but that doesn’t stop the left from distorting it for political advantage.

The Democrats have become shameless. They will do or say whatever is necessary and even stand on the graves of gay men to push their narrative that this country is an evil place full of murderous anti-LGBT hatred.

But did we really expect anything less from them?