Confirms Former President Was Right All Along on Cult-Like Media 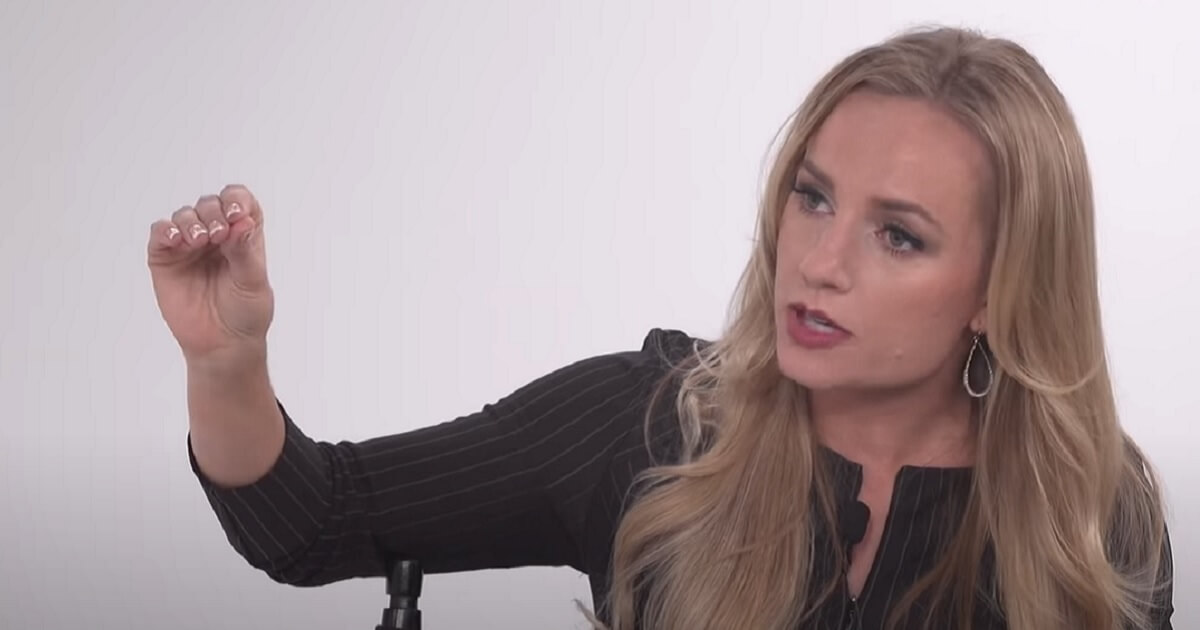 On Monday, Houston television reporter Ivory Hecker made national news when she told viewers on air that KRIV, her Fox outlet, was “muzzling me to keep certain information from you,” and that she’d been working with undercover journalistic outlet Project Veritas to record censorship at the station.

On Tuesday, Project Veritas aired the first clips Hecker recorded along with a sit-down interview with the now-fired Hecker about her time at the station.

The clips revealed a cult-like environment in which higher-ups and government ad dollars can dictate content. A photographer says the station hires producers straight out of college because “[t]hey just regurgitate what they are fed.” Reporting on hydroxychloroquine to treat COVID-19 was nixed. A sales coordinator says the Centers for Disease Control and Prevention “are in the pocket” of the station because they spend so much ad money.

Perhaps most of all, the video can be seen as a vindication for former President Donald Trump, who frequently complained about media bias, particularly as it informed coverage of COVID-19.

“From the inside, yes, there’s a narrative,” Hecker said in the interview. “It is unspoken. But if you accidentally step outside the narrative, if you don’t sense what that narrative is and go with it, there will be grave consequences for you.”

Hecker was initially suspended after the video went public. On Tuesday, she told The Daily Beast she’d been fired.

The reporter, who mostly worked the 5 p.m. and 6 p.m. news programs, went viral Monday when she announced — before a standard weather story — that she’d recorded conversations with colleagues at the station and was taking them public.

BREAKING: Fox 26 Houston TV Reporter @IvoryHecker Informs Network LIVE ON AIR That She Has Been Secretly Recording Them and Intends on Telling Her Story to Project Veritas#Fox26Whistleblower pic.twitter.com/ZLNRSrhAgy

“Before we get to that story I want to let you, the viewers, know that Fox Corp. has been muzzling me to keep certain information from you, the viewers, and from what I am gathering I am not the only reporter being subjected to this,” she said. “I am going to be releasing some recordings about what goes on behind the scenes at Fox because it applies to you, the viewers.

“I found a nonprofit journalism group called Project Veritas that’s going to help put that out tomorrow, so tune into them, but as for this heat wave across Texas, you can see what it’s doing to AC units.”

I don’t think a whole lot of people cared about air conditioning units at that point.

In her Project Veritas interview, Hecker described a newsroom environment in which stories were chosen based on what racial demographics they might appeal to, not on how they informed viewers. For instance, in one case, an assistant news director, Lee Meier, said she wouldn’t run Bitcoin stories in certain situations because of black viewership.

But deciding stories based on demographics is one thing. Making decisions based on politics is another.

One major area of thorny coverage was hydroxychloroquine, the controversial drug some said showed promise in treating COVID-19 patients — and which was touted last year by then-President Donald Trump and some medical experts.

However, coverage of the drug was quickly shut down in the mainstream media and dismissed as quackery, in part because of the political implications. Hecker said she ran up against that brick wall when she tried covering the drug.

In particular, she said, she wrote a social media post outside of her reporting for the station about censorship surrounding hydroxychloroquine and a video that went viral featuring Houston physician Stella Immanuel, who claimed in July 2020 that hydroxychloroquine could stop the coronavirus pandemic “in 30 days.”

The video of the interview is below.

In one segment, she told O’Keefe, she asked Dr. Joseph Varon, the chief of critical care at United Memorial Medical Center in Houston, about hydroxychloroquine.

“You know, that’s a great question,” Varon said. “And the answer is yes, we have used it. I mean, we know that it’s a drug that has been politicized up to the wazoo. We’ve used it. We use it with good success.”

Hecker said she initially got good feedback at the station about the story. For her social media post about censorship, however, it was apparently a different story.

Susan Schiller, the vice president and news director at KRIV, wasn’t impressed, according to Hecker’s recordings.

“You need to cease and desist posting about hydroxychloroquine,” she said on a phone call Hecker recorded.

“In my opinion you’ve failed, as a reporter, to not know more if you were going to post about hydroxychloroquine, that you didn’t look it up, and look at the latest post, the latest research about it.”

Hecker said that “I have never, to this day, advocated for that drug,” but that the network effectively muzzled her.

There’s also vaccine advertising and stories about vaccine availability — something the outlet has apparently leaned into hard. A Project Veritas undercover reporter got a KRIV photographer to talk about why they were the “‘all-vaccine, all the time’ channel.”

“We hire producers — which are the ones that write the show — that are right out of college,” David Lanier said. “About 25 years old, they don’t pay ’em squat … They just regurgitate what they are fed. And so that’s how it ends up being that, it’s low-hanging fruit … ‘They’re doing vaccines across town? Well, let’s go get video of that.’”

Project Veritas also tracked down KRIV sales coordinator Jennifer Bourgeois, who said that “every other” commercial was about COVID-19 because the CDC was paying for them and they were “in a dying business.”

While Bourgeois didn’t necessarily say the CDC could influence coverage at the station when asked — saying it was “above me” — Bourgeois acknowledged that “it can [happen], a lot of stuff can happen.”

“Vaccines are a potential moneymaker for Fox,” Hecker said.

“And you’ve got to realize — surely that the TV station doesn’t want to hurt its advertisers.”

This isn’t to say that vaccines are problematic or that hydroxychloroquine works. Hecker said neither in her interview with Project Veritas’ James O’Keefe.

It’s evidence of how the narrative-building machine works, however — and how it skews politically.

Especially in the case of COVID, Hecker is in the process of making a convincing case Donald Trump was right all along about the media and its bias.

Security Guard, Workers Stand By as Man Shoplifts from Walgreens in San Francisco