Donald Trump Jr Says That If His Dad Doesn’t Run in 2024, Maybe Then The Nominee Should Be Ron DeSantis 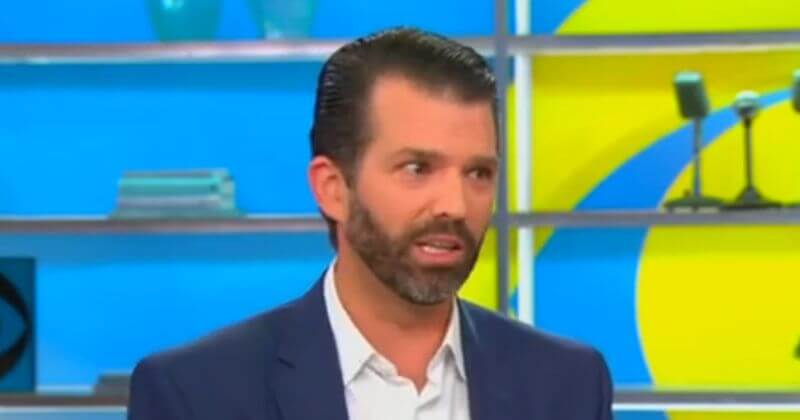 “If I’m going to be totally objective about it, I think, you know, what Ron DeSantis has done in Florida is outstanding,” Trump Jr. told the Washington Examiner.

“I mean, he didn’t fall for the narrative. I think he’s learned, perhaps through watching [Donald] Trump, you know, what the media will try to do to you if you do take those kinds of stances.”

Trump Jr. added, “I think he’s been proven, you know, virtually 100 percent correct on those things.”

DeSantis has stood out during the pandemic for opposing many lockdown measures and for his strong views against the Biden administration.

“I think he’s a case study right now,’ Trump Jr. told the Examiner. “We need more people willing to take that on like he has.”

The former president has floated DeSantis as a possible running mate if he runs again in 2024.

“Sure I would, but, you know, there are numerous people that are great. I would certainly consider Ron,” Trump told Fox Business this month.

“I was the first one to endorse him when he came out as a congressman. A lot of people didn’t know, and my endorsement helped him tremendously, and I know him very well.

The former president has yet to announce whether he will run for the White House again in 2024.

“You’ll have to ask him,” Trump Jr. told the Examiner when asked about his father’s plans.

Early polling showed that many Republicans would favor DeSantis in 2024 if Trump doesn’t run, Forbes reported.

A May poll from Echelon Insights showed DeSantis with 22 percent support, followed by former Vice President Mike Pence at 14 percent.

If Trump runs, a Politico/Morning Consult poll said he would receive 48 percent support.

‘Have You Noticed That They Are Now Admitting I Was Right?’