We Will Not Tolerate DOJ Trying to Interfere with Arizona Audit 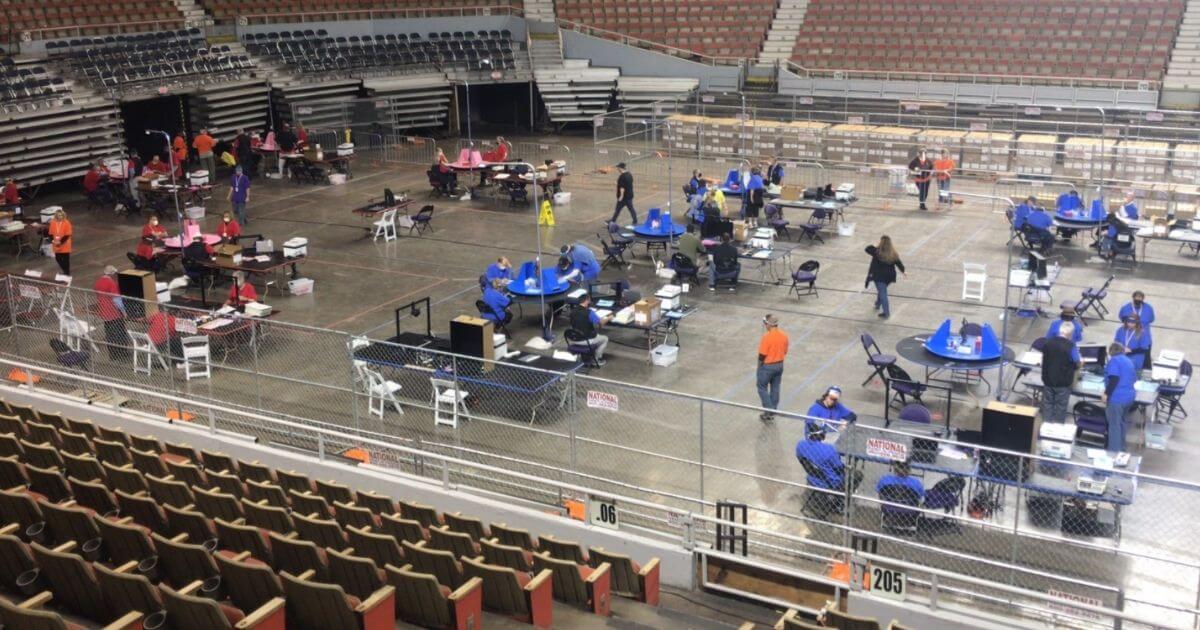 Arizona Attorney General Mark Brnovich warned U.S. Attorney General Merrick Garland in a Tuesday letter that his state will not tolerate the federal government interfering in the election audit of Maricopa County.

The audit was commissioned by the Arizona state Senate and began in late April.

In a Friday speech, Garland announced that the Department of Justice will be taking closer look at the “abnormal” methods being used to conduct audits of November’s election, which Brnovich’s letter countered.

“Late last week, you made troubling comments about the ongoing efforts in states to ensure election integrity,” he wrote Garland.

“Your statements displayed an alarming disdain for state sovereignty as defined under the 10th Amendment of the United States Constitution and the election provisions in Articles I and II.”

“My office is not amused by the DOJ’s posturing and will not tolerate any effort to undermine or interfere with our States Senate’s audit to reassure Arizonans of the accuracy of our elections.” Brnovich added.

“We stand ready to defend federalism and state sovereignty against any partisan attacks or federal overreach.”

Brnovich further contended that there were no more important issues for states to “prioritize than the integrity of our elections.”

Closing his letter, the attorney general promised: “Arizona will not sit back and let the Biden administration abuse its authority, refuse to uphold laws, or attempt to commandeer our state’s sovereignty.”

In other words, Brnovich appeared to be promising legal action if the federal government overstepped its authority.

Retweet if you think election audits are a state right. Thank you @GeneralBrnovich for standing up for the Arizona Audit and state rights! pic.twitter.com/IfiCZQjh5o

In his Friday speech, Garland stated, “Some jurisdictions, based on disinformation, have utilized abnormal post-election audit methodologies that may put the integrity of the voting process at risk and undermine public confidence in our democracy.”

“The Civil Rights Division has already sent a letter expressing its concern that one of those audits may violate provisions of the Civil Rights Act that require election officials to safeguard federal election records,” he added, referring to a letter the DOJ sent to the Arizona Senate.

“The division also expressed concern that the audit may violate a provision of the Voting Rights Act that bars intimidation of voters.”

Garland further argued that claims of fraud have been refuted by “law enforcement and intelligence agencies of both this Administration and the previous one, as well as by every court — federal and state — that has considered them.”

The attorney general stated his office would be publishing guidance “explaining the civil and criminal statutes that apply to post-election audits.”

According to the Arizona audit’s official Twitter account, as of last week, 80 percent of Maricopa County’s 2.1 million ballots had been hand counted.

Audit Update: 80% of the ballots are now counted. Voter integrity is a priority in America and we are proud that Arizona is leading the way. The audit continues!

Maricopa County (which encompasses the Phoenix metropolitan area) was the only county in the state to flip from red to blue from 2016 to 2020.

Despite Biden’s victory, Republicans carried every countywide office in Maricopa, save for sheriff (which an incumbent Democrat held), including flipping the county recorder and winning the open treasurer seat.

The Pennsylvania Legislative Delegation is currently meeting with Members of the Arizona Legislature to discuss election integrity in the United States. pic.twitter.com/JzDan3tD0V

Lawmakers from multiple states have come to tour the Arizona audit site including from Pennsylvania, Georgia and Nevada.