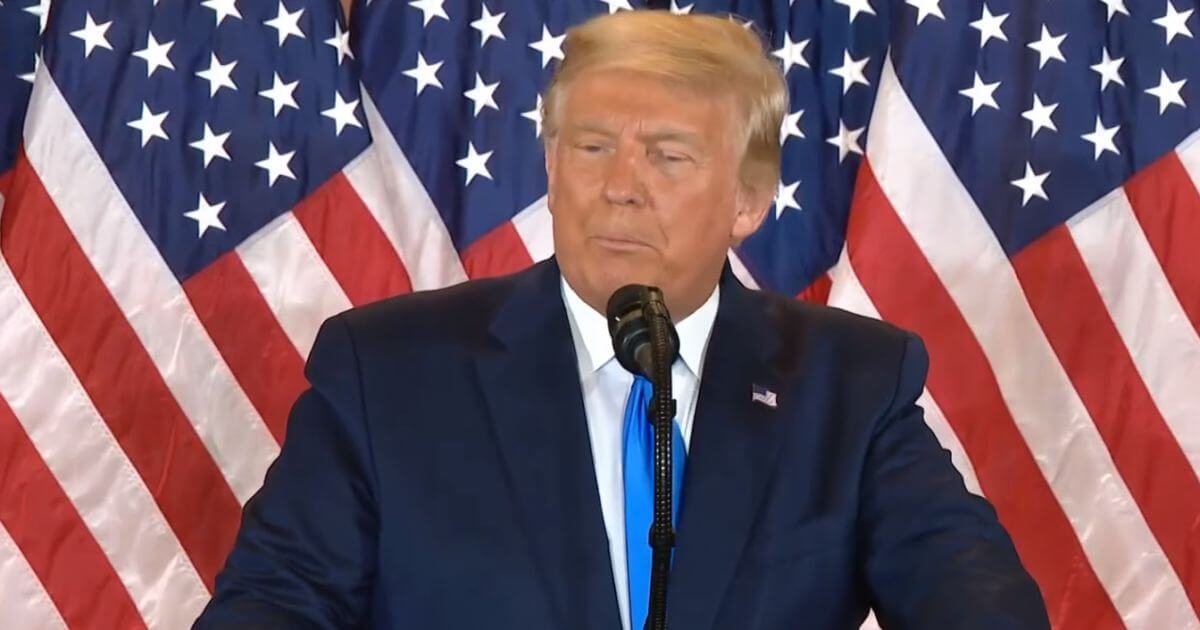 Former President Donald Trump published an Op-Ed on Friday arguing that despite President Joe Biden’s promise to unite America, Biden has instead sought to “divide our country by race and gender at every turn.”

“There is no clearer example than the Biden administration’s new effort aimed at indoctrinating America’s schoolchildren with some of the most toxic and anti-American theories ever conceived,” Trump wrote in the Op-Ed for RealClearPolitics.

“It is vital for Americans to understand what this initiative would do, what drives it and, most importantly, how we can stop it.”

Addressing concerns with critical race theory, Trump wrote, “The key fact about this twisted doctrine is that it is completely antithetical to everything that normal Americans of any color would wish to teach their children.”

He added, “Instead of helping young people discover that America is the greatest, most tolerant, and most generous nation in history, it teaches them that America is systemically evil and that the hearts of our people are full of hatred and malice.”

Trump said teaching critical race theory to children “would verge on psychological abuse.” He called the theory “a program for national suicide.”

The former president specifically slammed the “1619 Project” and contrasted it with his own President’s Advisory 1776 Commission that Biden’s ended on his first day in office.

Trump also added a list of seven demands “every concerned parent in America” should be making to fight critical race theory. First, he wrote that “every state legislature should pass a ban on taxpayer dollars going to any school district or workplace that teaches critical race theory.”

In addition, the former president said that each state should “create its own 1776 Commission” and that parents “have a right to know” what is being taught to their children.

“Fourth, parents need to organize locally — in every school district in America — to eliminate “Action Civics” and other versions of the effort to contort traditional civics education into a vehicle for political indoctrination,” Trump said.

“Fifth, any parent who objects to the material being taught to their child in public school should get an automatic voucher, empowering them to pick another school of their choice.”

“Sixth, states need to take back control of their schools of education and credentialing bodies to ensure they are not churning out radicalized teachers,” he added.

Trump concluded, “A nation is only as strong as its spirit. For our children, we must act before it is too late.”

The surprising Op-Ed, published just a day after Biden signed a bill making Juneteenth a federal holiday, could be the start of a new direction of communications by the former president.

A Trump statement on Tuesday announced the addition of Liz Harrington as the new spokeswoman for his Save America Political Action Committee and Trump himself following the departure of Jason Miller.

“Donald J. Trump is pleased to announce Liz Harrington, a strong Republican conservative voice for America and who has represented conservative policies so well over the years, as our new spokesperson for Save America and Donald J. Trump, 45th President of the United States of America. Liz will be taking the place of Jason Miller, who will be leaving to enter the private sector,” the statement said.

“I greatly thank Jason for his service — he is outstanding!” Trump said in a statement.

Regarding Harrington, Trump endorsed his new spokeswoman in strong terms.

“Liz Harrington is a fighter,” he said. “She was an important part of our receiving more votes than any incumbent President in U.S. history, far more than we received the first time we won.”