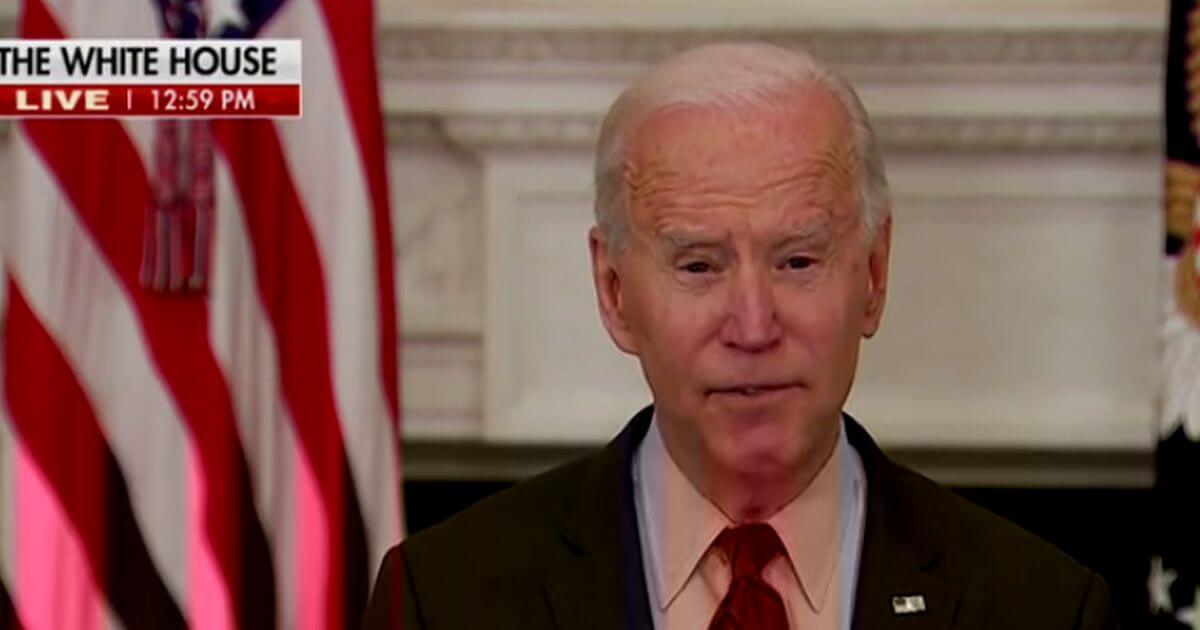 The Biden administration will now be offering gender transition services to transgender veterans.

During a Pride event held in Orlando, Florida, on Saturday, Denis McDonough — the secretary of veteran affairs — announced the Department of Veterans Affairs plans to offer transgender veterans “gender confirmation” surgery, according to The New York Times.

He also noted the treatments for transgender veterans have been “deserved for some time,” adding the “vestiges of bigotry” remain at the V.A. and must be removed under President Joe Biden’s administration.

“Even something as simple as displaying V.A.-specific rainbow magnets has proven to make our hospitals more welcoming,” McDonough said, “signaling to L.G.T.B.Q.+ vets that we are here for them.”

According to an estimate from the National Center for Transgender Equality, there are more than 134,000 transgender veterans in the U.S.

How much it will cost to provide the “gender-affirming” care to this pool of individuals remains to be seen, but it will depend on whether the services are provided by outside partners or directly through the Veterans Affairs Department, according to The Times.

Transgender activists believe providing transgender individuals with such care mitigates the community’s extremely high levels of depression and suicidal ideation (among a handful of other mental health issues).

There are plenty of studies that support this claim, though the efficacy of such studies remains in question.

Birmingham University’s Aggressive Research Intelligence Facility assessed the findings of more than 100 follow-up studies of post-operative transgender individuals and found “none of the studies provides conclusive evidence that gender reassignment is beneficial for patients,” The Guardian reported.

“It found that most research was poorly designed, which skewed the results in favour of physically changing sex.”

Furthermore, it is true that the transgender community as a whole disproportionately suffers from serious mental health issues.

According to The Trevor Project — an LGBT crisis intervention and suicide prevention organization — one national survey found 40 percent of transgender adults reported attempting suicide, while 92 percent of those individuals reported doing so before the age of 25.

Critics of “gender-affirming” care note studies such as those analyzed by ARIF lack the longitudinal makeup to predict whether or not there is an end to the honeymoon period trans individuals experience directly after transitioning.

In other words, it could very well be the case that, upon transitioning, transgender individuals feel a temporary high. Presumably, once the novelty of their new identity fades, the high levels of suicidal ideation, depression and other mental illnesses return.

A study deemed the most thorough follow-up of sex-reassigned individuals suggested as much, as The Heritage Foundation noted.

The study — which lasted over 30 years and was conducted in Sweden (where the community is largely in support of transgenderism) — showed roughly 10 to 15 years after reassignment surgery, the suicide rate among transgender individuals was 20 times higher than that of other individuals.

Walter Heyer — an expert on transgender issues who was once transgender himself — explained to The Western Journal why he believes transitioning to be an ineffective treatment option for transgender individuals with mental health issues.

“We don’t know if they’re suffering from autogynephilia transvestic fetish disorders, if they have dissociative disorder, bipolar disorder, body dysmorphia. There’s something that is involved in them wanting to destroy who they are so that they can identify as someone who they’re not,” Heyer told The Western Journal.

“So this has been what I’ve been dealing with and talking about working with people. And when an individual contacts me directly and I work with them, that’s the question I always ask them: Why do you want to destroy who you are and try to become someone who you can never be?”