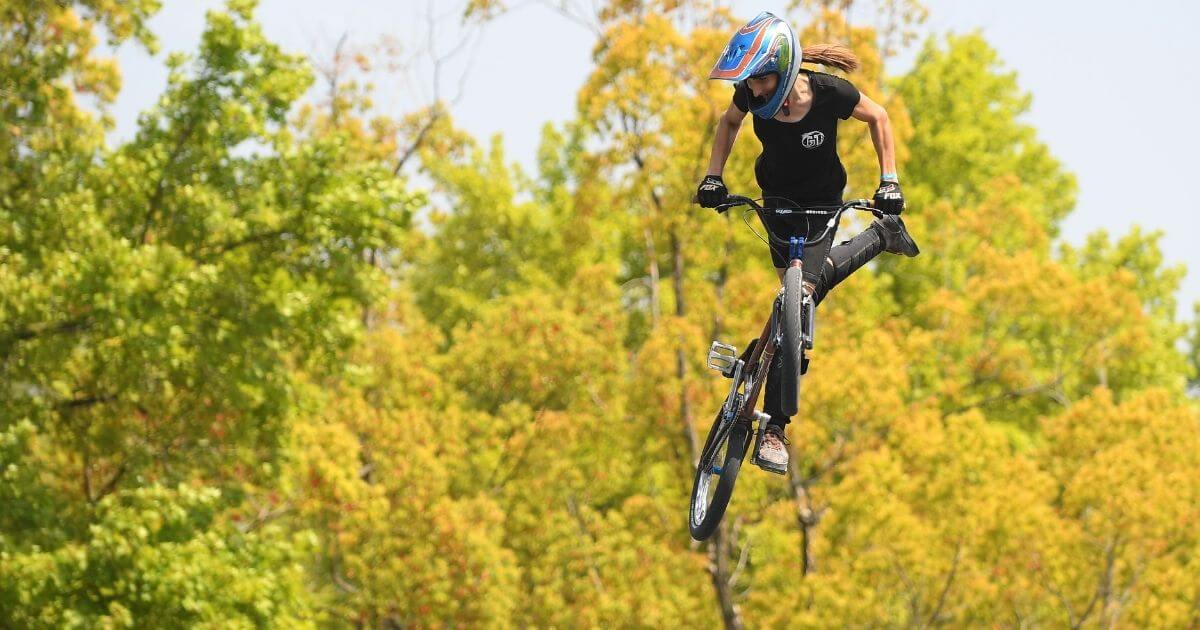 BMX Freestyle rider and transgender Olympic alternate Chelsea Wolfe has come under criticism for a Facebook post last year saying the athlete wanted to win at the Olympic Games in order “to burn a US flag on the podium.”

The now-deleted Facebook post from March 25, 2020, said, “My goal is to win the Olympics so I can burn a US flag on the podium. This is what they focus on during a pandemic. Hurting trans children,” according to a Fox News report.

Despite the strong language in the post, Wolfe, a man who identifies as a woman, said in a statement to Fox News on Monday, “Anyone who thinks that I don’t care about the United States is sorely mistaken.”

Wolfe added, “One of the reasons why I work so hard to represent the United States in international competition is to show the world that this country has morals and values, that it’s not all of the bad things that we’re known for.

“I take a stand against fascism because I care about this country and I’m not going to let it fall into the hands of fascists after so many people have fought and sacrificed to prevent fascism from taking hold abroad. As a citizen who wants to be proud of my home country, I’m sure as hell not going to let it take hold here.”

The report follows another recent announcement regarding a transgender athlete who qualified for the 2020 Summer Olympic Games.

Laurel Hubbard of New Zealand, a man who identifies as female, will compete in the Tokyo Summer Games as the first sanctioned transgender Olympian.

Hubbard’s selection had been expected under the complex International Weightlifting Federation rules that limit weightlifting selections among countries.

Hubbard is eligible for the Summer Games despite having competed against other men up until 2013 under Olympic rules enacted in 2015 that allow men to compete as women if their testosterone levels are sufficiently low.

“It is flawed policy from the IOC that has allowed the selection of a 43-year-old biological male who identifies as a woman to compete in the female category,” the group said in a statement, according to the BBC.

In the U.S., a number of states have added legislation to keep males who identify as females from participating in K-12 athletics.

Florida Republican Gov. Ron DeSantis blasted the National Collegiate Athletic Association earlier in June during a Fox News interview about the new law he signed banning transgender athletes who identify as women from female sports, saying he is “much more willing to stand” with female athletes.

“I think as these bills were going through various legislatures, I remember the NCAA put out a statement saying any state that enacts this, we’re not going to hold events there,” DeSantis told Fox News host Tucker Carlson.

FL Gov Ron DeSantis signed a law banning trans female athletes from competing against biological girls in sports. He did this, he tells #TuckerCarlson, despite pressure from corporate interests. pic.twitter.com/6iSOCGvoF6

“And so I called the speaker of the House in Florida and I said, ‘Did you hear what they said?’ And he’s like, ‘Yeah,’ I said, ‘We definitely got to get this done,” he added.

DeSantis also noted his plans to stand against the NCAA and other “woke” organizations.

“You can’t be cowed by these organizations, or particularly by woke corporations from doing the right thing. And so my view was throughout this whole time, we have to protect our girls, it is discriminatory to force them to compete against biological males,” DeSantis said.

“And so if the price of having a tournament is that I have to deny equal opportunity to hundreds of thousands of young girl and women athletes throughout Florida, I am much more willing to stand with the girls. And to hell with these events.”

Build Back Better Biden On Track To Miss Both Of His Covid Targets...Vaccination Rates And Number of Shots Exported