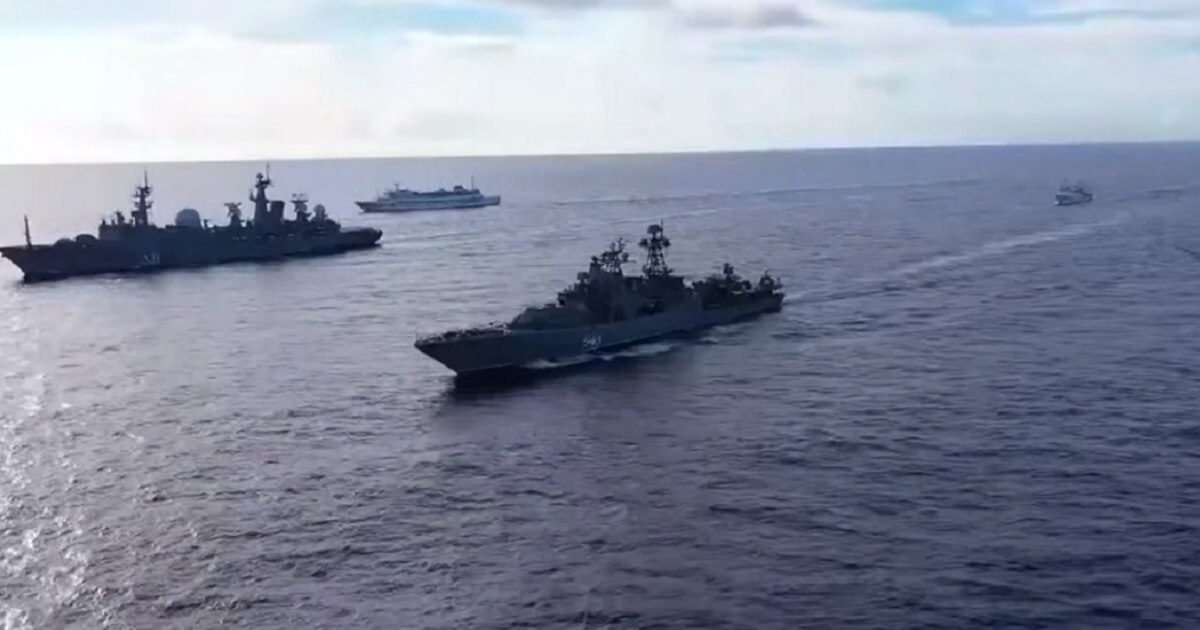 Both leaders characterized the exchange as “generally positive” — many saw it differently — and Biden explained the face-to-face encounter was necessary in a time of mounting tensions between Russia and the United States, according to CNN.

But what’s taking place between the American Navy and a Russian fleet off the coast of Hawaii now is less than cordial.

According to the U.K. Daily Mail, “Russian warships, submarines, and support vessels, flanked by 20 fighter jets” are practicing maneuvers to sink aircraft carriers in the Pacific.

According to the report, Russia’s defense ministry confirmed its fleet successfully completed the practice maneuver and sank an aircraft carrier — only 35 nautical miles off the coast of Hawaii.

The Daily Mail’s report characterizes the war games exercise as “the biggest since the Cold War.”

Russia claims its fleet is stationed 300 miles off the coast of Hawaii, but unconfirmed satellite images from June 19 tell a story that places the Russians at the much-closer 35-nautical mile distance (about 40 standard miles), the Daily Mail reported.

The U.S. has responded by sending F-22 fighter jets to the scene twice within the last month, The U.S. Sun reported Tuesday.

Since Russian bombers never entered the Hawaii Air Defense Identification Zone — an area that typically grants the country in subject more time to respond to unknown or potentially hostile aircraft — they were never intercepted by either group of fighters, the Daily Mail reported.

As alarming as the scenario sounds on its own, imagining what this could mean for the future of U.S.-Russia relations is much worse.

Russia’s defense ministry has released videos of the maneuvers.

The development has put the Pentagon on its toes, anticipating any potentially hostile move that could come next.

But to get to the root of the problem, to understand why Russia insists on parading its military prowess won’t be so easily done.

Since this development immediately follows the Putin-Biden exchange that occurred in Geneva last week, we can speculate that perhaps their discussion didn’t go as smoothly as the Biden White House would like to pretend.

Perhaps Vladimir Putin is a showman or a charlatan. Or perhaps, while the U.S. is under Biden’s leadership, Russia and the rest of the world view the country as a paper tiger and a depleted world power.

If our nation’s leaders aren’t prepared to tackle Russian aggression head-on, we might be mismatched in a second Cold War to come.

We all can agree that the only thing capable of keeping the world from the clutches of another Cold War is an exemplary leader.

We can only pray we elect one soon.

30% of GOP Voters, 26% of Independents Think Trump Will 'Likely' Be Reinstated