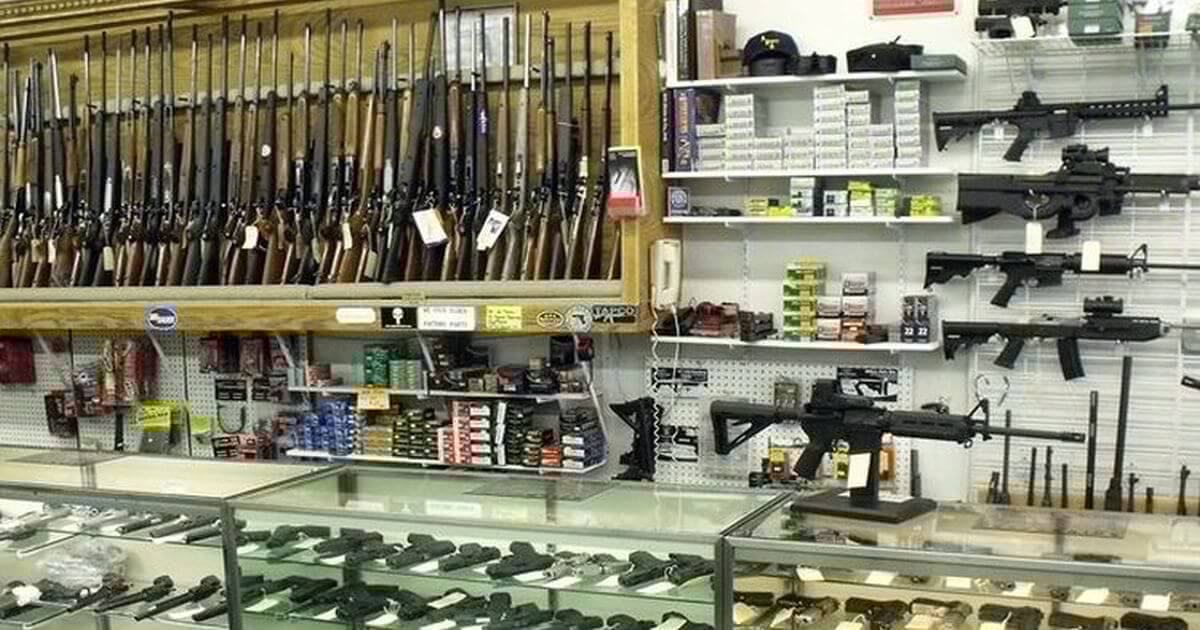 Back in February, on the third anniversary of the Parkland, Florida, high school shooting, President Joe Biden announced three major gun control initiatives he wanted to pursue, including “eliminating immunity for gun manufacturers who knowingly put weapons of war on our streets.”

That empurpled language was code for repealing the 2005 Protection of Lawful Commerce in Arms Act, which shields firearm manufacturers and retailers for gun crimes committed with weapons that were legally produced or purchased. Of the three legislative proposals he floated, this was the one that raised the least alarm among gun rights advocates, with universal background checks and bans on so-called “assault weapons” and “high-capacity magazines” getting a lot more play.

And yet, repealing the PLCAA would be the most pernicious of the three. If you don’t believe me, just ask the owners of Academy Sports and Outdoors.

On Friday, the Texas Supreme Court ruled that the San Antonio-area store couldn’t be sued by victims of the 2017 Sutherland Springs, Texas mass shooting because the store was protected by the PLCAA when it sold a Ruger AR-556 rifle, an additional 30-round magazine and ammunition to a Colorado man who allegedly killed 26 individuals at the First Baptist Church of Sutherland Springs. The shooter later killed himself during a police chase.

According to The Associated Press, Devin Kelley purchased the rifle with a Colorado ID from Academy Sports and Outdoors in 2016. While he should have been precluded from buying the gun after a bad conduct discharge from the U.S. Air Force in 2014 after he was court-martialed in 2012 for abusing his wife and stepson and served 12 months confinement, the AP reported, the Air Force failed to notify the FBI of the conviction.

However, the plaintiffs in four lawsuits against the store claimed Academy Sports and Outdoors wasn’t protected under the PLCAA because Kelley provided the store with a Colorado ID, the AP reported. Under the federal Gun Control Act, they alleged that meant Academy had to comply with both Colorado and Texas gun laws — and in Colorado, magazines that hold more than 14 rounds are banned.

Two lower courts allowed the lawsuits to go ahead. However, the Texas Supreme Court ruled unanimously that PLCAA protections applied to Academy since the Gun Control Act narrowly applies to the sale of firearms only.

“Indeed, although the transaction between Academy and Kelley on April 7, 2016, encompassed the sale of two Magpul large-capacity magazines — one packaged as a stand-alone product and one packaged with the Ruger AR-556 rifle — the plaintiffs do not contend that the sale of the stand-alone magazine along with the rifle rendered the transaction unlawful even though it could not have taken place legally in Colorado,” wrote Texas Supreme Court Justice Debra Lehrmann in her opinion.

“And the statutory text does not allow us to treat the magazine packaged with the rifle any differently. Plaintiffs essentially seek to rewrite [the law] to apply to ‘the sale or delivery of any rifle and any bundled component parts.’ This we cannot do.

“In sum, the sale of the Ruger AR-556 rifle to Kelley complied with the legal conditions of sale in both Texas and Colorado. Because the Gun Control Act did not regulate the sale of the magazines, the Colorado law prohibiting their sale was immaterial.”

Lehrmann also noted that “[l]itigation against the Air Force for failing to collect, handle, and report the required information is ongoing in federal court.”

Academy’s lawyers called it a “landmark” decision, according to The Texas Tribune.

“Our thoughts and prayers continue for the victims of this tragedy,” the lawyers said. “We feel the entire Supreme Court opinion applied the law carefully and thoughtfully in this situation.”

In terms of setting precedent that the maze of regulations blue states continue to impose on magazines, ammunition and other firearm accessories aren’t covered under the reciprocity provisions of the Gun Control Act, yes, the decision the decision Friday could end up being more important inasmuch as it illustrates what would happen if Democrats were to repeal the PLCAA.

During an April 8 speech on his gun control executive orders, Biden claimed “the only industry in America, a billion-dollar industry, that can’t be sued, has exempt from being sued, are gun manufacturers.”

“Imagine how different it would be had that same exemption been available to tobacco companies, who knew and lied about the danger they were causing, the cancer caused and the like,” the president said, according to a Rev.com transcript.

“Imagine where we’d be. But this is the only outfit that is exempt from being sued. If I get one thing on my list, the Lord came down and said, ‘Joe, you get one of these.’ Give me that one, because I tell you what, there would be a come-to-the-Lord moment these folks would have real quickly. But they’re not, they’re not, they’re exempt.”

First, consider what an admission that is. Democrats have wanted — yearned for — the return of a ban on so-called “assault weapons” since the Federal Assault Weapons Ban expired in 2004. They’ve been clamoring for universal background checks since time immemorial.

Yet, if divine intervention gave Joe Biden one of the things on his checklist, he’d ask for legislation that would allow people to sue firearms manufacturers — in other words, the repeal of the PLCAA. It’s not difficult to figure out why.

If the PLCAA were to be repealed, firearms dealers would also have to receive some protection from the Democrats who would, presumably, be the motive factor behind killing the law. You have a better chance of finding Jimmy Hoffa alive and well and and managing a Baltimore-area Quiznos.

In 2021, the easiest way to hollow out our Second Amendment rights is to repeal legal protections for everyone in the industry and subject gun manufacturers and firearms dealers to death by a thousand nuisance-lawsuit paper cuts.

Friday’s ruling was a major victory for gun-rights advocates. It’s also a dire warning: If the Biden administration is allowed to repeal the PLCAA, it doesn’t need to change the Constitution or overturn landmark Second Amendment rulings like District of Columbia v. Heller to implement the kind of gun control it wants.

All it needs is enough greedy lawyers and enough partisan juries.

Trump Slams Kamala For Border Trip, Says She Only Went 'Because I Announced That I Was Going Next Week'