Putin Challenges Western Leaders, Claims Sinking of Destroyer Would Not Have Led to WWIII 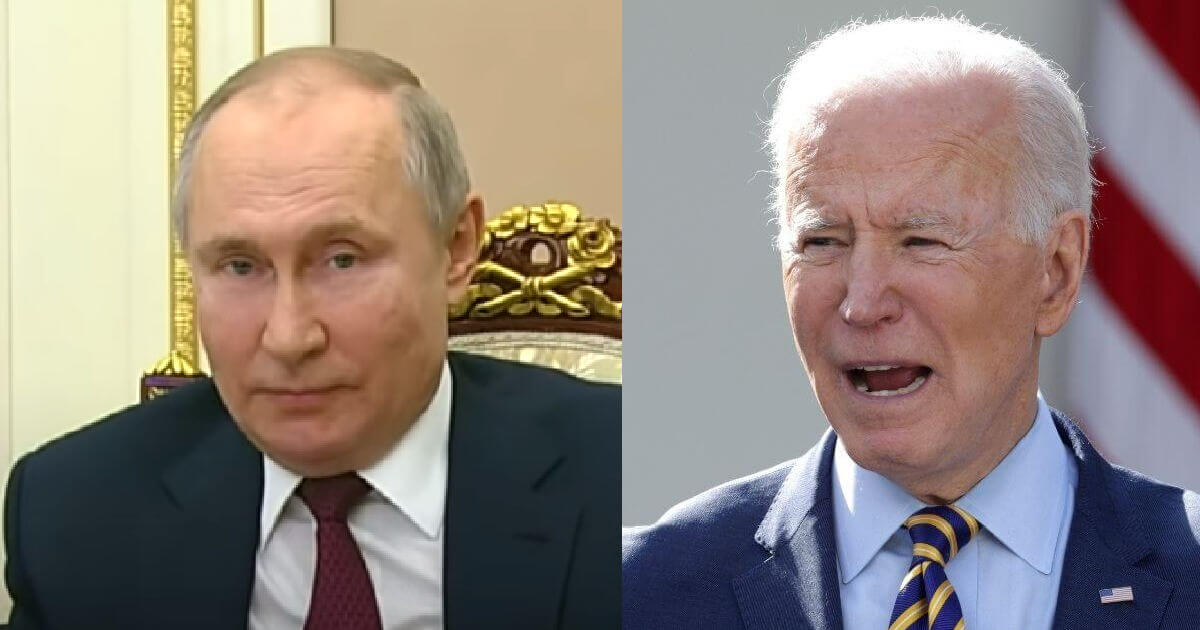 Russian leader Vladimir Putin once again challenged western leaders by dressing down the British ambassador to Moscow and claiming that World War III would not have started even if Russian forces had sunk the British destroyer near Crimea.

“A British warship that Russia says illegally entered its territorial waters near Crimea earlier this month did so to observe in detail how Russian forces would react, President Vladimir Putin said on Wednesday.

Russia summoned the British ambassador in Moscow for a formal diplomatic scolding after the warship, HMS Defender, breached what the Kremlin says are its territorial waters but which Britain and most of the world say belong to Ukraine.

London has said the destroyer followed an internationally recognized corridor on its way from Ukraine to Georgia and denied that a stand-off with Russian forces took place – even as Moscow said it would bomb trespassing vessels next time.

Russia annexed Crimea – which hosts its Black Sea navy base – from Ukraine in 2014, prompting sanctions from the West.

“This was a provocation, of course,” Putin said during a live question and answer session broadcast by state television.

“It was obvious that the destroyer entered (the waters near Crimea) pursuing, first of all, military goals, trying to use a reconnaissance aircraft to discover how our forces would stop such provocations, to see what happens on our side, how things work and where everything is located.”

Putin said Russia – which said its forces made warning shots at the British destroyer and dropped bombs in its path – responded in such a way that would only give the other side the information that Moscow wanted them to have.

Putin also said he saw a political component in the incident, which took place shortly after he met United States President Joe Biden in Geneva.

“The meeting in Geneva had just happened, so why was this provocation needed, what was its goal? To underscore that those people do not respect Crimeans’ choice to join the Russian Federation.”

At the same time, Putin played down the severity of the incident’s potential consequences.

“Even if we had sunk the British destroyer near Crimea it is unlikely that the world would have been on the verge of World War Three,” he said.”

Sadly Russian leader Vladimir Putin is likely correct about this.

If Putin had sunk the British destroyer near Crimea Western leaders would likely have tried to outdo each other in prostrating themselves before the Russian leader to give peace one more chance and to avoid any kind of confrontation.

The media may try to hide it but our country is currently led by a doddering fool who is more interested in turning America to the far left than standing up to our enemies.

As we speak Joe Biden and his administration is focused on making the military “woke” rather than making it into an even more effective fighting force able to stand up to our greatest adversaries.