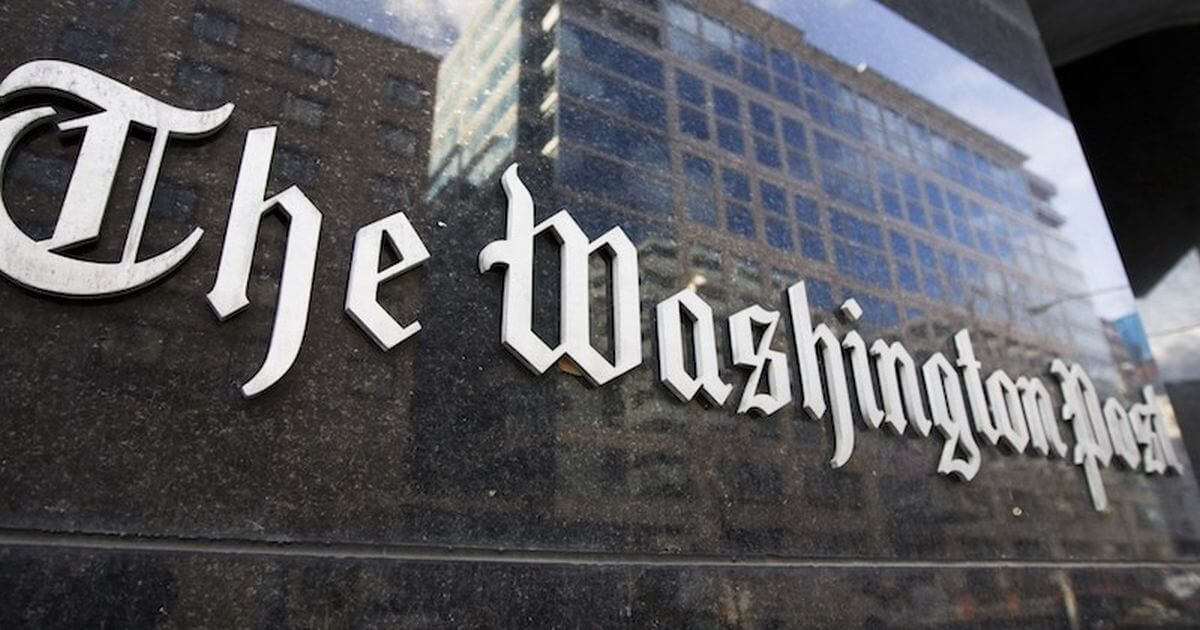 A Washington Post Op-Ed that celebrates the public presence of kinky sex devotees at Pride parades viewed by children is being denounced by Post readers as somewhere on the border of disgusting and outright criminal.

The Op-Ed by Lauren Rowello contends that “kink,” as she calls it, is part of a grand understanding of human freedom.

Rowello makes her point by citing a Pride parade she and her so-called wife, a transgender individual, attended five years ago. She wrote that the spectacle of “a bare-chested man in dark sunglasses whose black suspenders clipped into a leather thong” who “paused to be spanked playfully by a partner with a flog” offered her two young children a learning experience.

She wrote that she told her children, an elementary-schooler and a toddler, “these folks were members of our community celebrating who they are and what they like to do.”

She pushed back against arguments that kink does not belong at a Pride parade by writing that “policing how others show up doesn’t protect or uplift young people.”

“Instead, homogenizing self-expression at Pride will do more harm to our children than good. When my own children caught glimpses of kink culture, they got to see that the queer community encompasses so many more nontraditional ways of being, living, and loving,” she wrote.

“As much as I want them to spend time in queer spaces so they can be with families like their own, I also want them to know that they shouldn’t limit their understanding of what relationships or expression look like to whatever’s most familiar,” she wrote.

She said objections to kink at Pride parades, even from the LGBT community, reflect oppression from both those outside the community and those within.

“Respectability politics demand that queer people assimilate as much as possible into cis- and heteronormativity, hewing to mainstream cultural standards.

“Members of the queer community have internalized those norms to the point that we judge ourselves by them, and then criticize and ostracize others if they don’t uphold them, too,” she wrote, calling this “the same message that still keeps marginalized children from coming to terms with their own experiences with desire and embodiment.”

“Children who witness kink culture are reassured that alternative experiences of sexuality and expression are valid,” she wrote. “I can’t think of a more relevant or important reminder for youth, who often struggle with feelings of isolation and confusion as they discover more about themselves and wrestle with concerns about whether they’re normal enough.”

“Including kink in Pride opens space for families to have necessary and powerful conversations with young people about health, safety, consent, and — most uniquely — pleasure,” she continued.

“Kink visibility is a reminder that any person can and should shamelessly explore what brings joy and excitement. We don’t talk to our children enough about pursuing sex to fulfill carnal needs that delight and captivate us in the moment.”

“Kink embodies the freedom that Pride stands for, reminding attendees to unapologetically take up space as an act of resistance and celebration — refusing to bend to social pressure that asks us to be presentable,” she wrote. “That’s a value I want my children to learn.”

So, now that showing little kids “kink” at pride is apparently mainstream enough to be written about in WaPo, can someone on the left tell me at what point the slippery slope stops? What logical or moral obstacle stands in the way of progressives openly celebrating pedophilia?

The ‘blessings of liberty’ have been acutely focused on exposing children to weird sexual content lately. https://t.co/oYm2Ld9MAl

.@washingtonpost why are you allowing articles on your platform that are openly promoting the sexualization of children? A child should not be involved in ANYTHING dealing with adults and sex. A child shouldn’t even know what a kink is. Shame on you for allowing this article.

Many of those Post readers commenting were also outraged.

“WaPo – I’m done as of this. Unsubscribed,” wrote a reader using the handle gwhyyy.

“Kink requires consent, period, and taking your kinks into the public sphere where non-kinksters can see is non-consensual. And when you force children to watch it, that’s called grooming. This editorial is disgusting,” commented a reader using the name Stu21.

“This is child abuse. Your children should be removed,” wrote a commenter using the name Lillian Sarno Bradley.

Others also pushed back against the writer and the Op-Ed.

“There’s an old Bible School song that goes, “Be careful, little eyes what you see … for the Father up above is looking down with love … etc. and etc. Old school, trite, and all of that, but wholly true. We demonstrate to our children, what is, and what isn’t acceptable in society. Our job as parents is act as a filter, and obviously, the writer and her partner aren’t prepared to do that,” wrote a reader using the name Newroad.

“Why is this story in the WAPO? Are you out of your collective minds? No. Pride doesn’t give people into kink the right to parade it down public streets,” wrote a commenter using the name Buddy B.

WaPo reader Heres What I Heard said it simply: “The writer should be reported to Child Protective Services.”