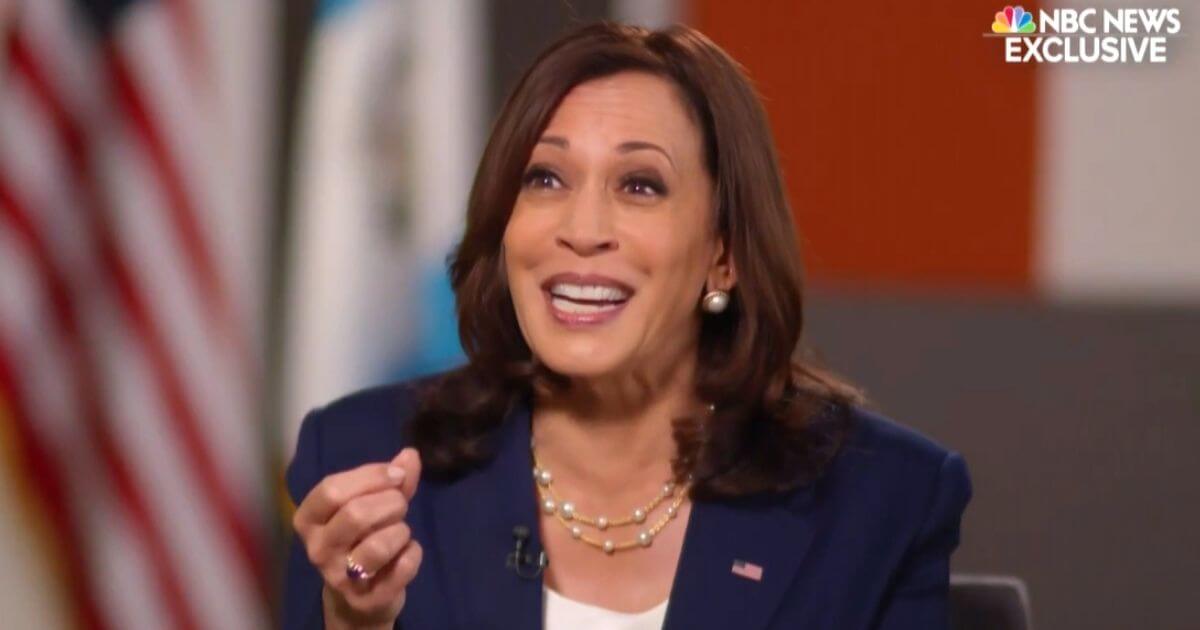 Former President Bill Clinton, a man who had an extramarital affair with a young White House intern in the 1990s, has joined a chorus of Democrats who are defending Vice President Kamala Harris following reports her office is a toxic place to work.

As if Clinton is in any way an authority on what it takes to make a workplace fair and harmonious, he chimed in on the subject of Harris’ reported office drama during an interview with CNBC.

The former Oval Office occupant stood up for Harris’ chief of staff, Tina Flournoy. The longtime Democratic operative is accused of being partially responsible for fostering an unhealthy environment that led nearly two dozen current and former Harris aides to come forward to speak to Politico this week.

“Tina Flournoy ran my office for more than eight years, making it more efficient, effective, and transparent,” Clinton told CNBC in a statement. “She made it easier, not harder, for me to advance my philanthropic work and my post-presidential activities, and keep in touch with my friends.”

“She has a unique ability to focus on the big picture and adapt to changing conditions. And she does it all with a great sense of humor and an unwavering belief that we all have an ability and an obligation to make a difference,” he added.

“She’s an extraordinary person, and I’m so fortunate and forever grateful to have had her as my chief of staff,” the former president concluded.

Politico reported that under the leadership of Flournoy, Harris’ office is not a “healthy environment.”

“In interviews, 22 current and former vice presidential aides, administration officials and associates of Harris and Biden described a tense and at times dour office atmosphere,” Politico reported. “Aides and allies said Flournoy, in an apparent effort to protect Harris, has instead created an insular environment where ideas are ignored or met with harsh dismissals and decisions are dragged out. Often, they said, she refuses to take responsibility for delicate issues and blames staffers for the negative results that ensue.”

The report portrayed Flournoy as a territorial, lifelong insider Democrat who has a tendency to isolate her employers from others. Apparently, that has left people feeling isolated from their jobs working for the vice president.

Some who spoke to Politico said anonymously that they are looking for a way out, while others have already moved on from jobs they’d had for less than six months.

“In recent days, two top advance staffers, Karly Satkowiak and Gabrielle DeFranceschi, parted ways with Harris in what they and Harris officials said were long-planned departures, a point disputed by two other people familiar with the matter,” Politico reported.

Flournoy is seen as somewhat of a gatekeeper between Harris and others in the office — just as she was between Clinton and those around him during the time she worked for him.

Naturally, Democrats are trying to sweep this story under the rug as quickly as possible.

Of course, they are always looking out for one another, no matter how ugly or repulsive an accusation might be. This is the same party that coddled Anthony Weiner until the bitter end.

They look out for their own. That is probably why the former president was so quick to offer a comment to counter the narrative spelled out about Flournoy in Politico.

But the fact that tone-deaf Democrats trotted out Clinton to offer an account of what a clean and healthy office he saw Flournoy run years ago is laughable. Clinton admittedly used his office as a sex den of sorts in the mid-1990s while he was preying upon then-22-year-old intern and recent college graduate Monica Lewinsky.

We all know what happened from there.

The former president’s actions might have felt healthy to him — this is Bill Clinton who we’re talking about. But as Lewinsky would later find out, working around Clinton would not only alter the course of her career, but her time with him would define her life in its entirety, at least to the public.

Suffice to say, Clinton has no business commenting on what it takes to run an “efficient, effective, and transparent” office. If anything, he’s harmed Flournoy’s case as she and Democrats attempt to play defense for both her and Harris.