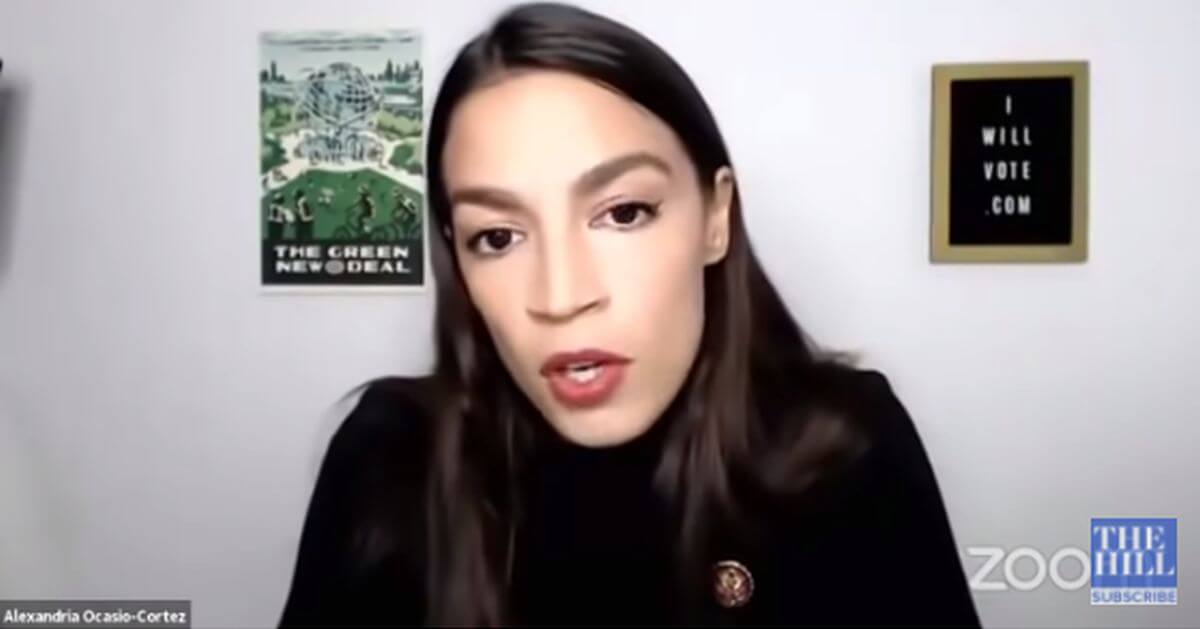 A proposal from Democratic Rep. Alexandria Ocasio-Cortez of New York to close a coal-fired power plant on Puerto Rico has been denounced as “beyond devastating” to the people who actually live there.

The architect of the Green New Deal said closing the power plant would have little impact.

“Now I want to debunk… ‘chicken little’ arguments on how, if we would close the coal plants, it would cause catastrophic effects for the energy supply on the island,” she said. “AES could close tomorrow while keeping the lights on and preventing price increases on the island.”

Alex Epstein, founder of the for-profit think tank Center for Industrial Progress, pushed back, tweeting that Ocasio-Cortez’s brainstorm would bring a tsunami of misery for the people of the island.

“I tried to convince her that this would be beyond devastating to the people of Puerto Rico,” he tweeted.

I tried to convince her that this would be beyond devastating to the people of Puerto Rico. pic.twitter.com/bOF0fm7D5w

“I don’t mean to pick on Rep. Ocasio-Cortez, but she tweeted that the infrastructure’s failures in Texas are quite literally what happens when you don’t pursue a Green New Deal. No — in fact, plenty of places around the world can deal with hot and cold when they have enough reliable, resilient electricity.

“Texas defunded reliable, resilient electricity, including winterization, to pay tens of billions of dollars for unreliable solar and wind that don’t work when you need them the most,” Epstein said during the hearing, The Daily Wire reported.

“Energy is the industry that powers every other industry,” Epstein said. “The lower cost and more reliable energy is, the lower cost and more reliable everything is, and vice versa. I just want to stress that Puerto Rico’s energy situation is terrible, and one of the reasons I want to testify today is nobody is talking about that. They’re talking about ‘How do we maintain the status quo?’ The status quo is terrible in Puerto Rico.”

Epstein, in his prepared testimony, said reality turns Ocasio-Cortez’s argument on its head.

He began with the basics.

“There is one and only one proven formula for low-cost, reliable electricity. You need to build reliable, resilient power plants and ensure a reliable fuel supply. Most of the time this means fossil fuels — natural gas, coal, or oil — sometimes it means hydro or nuclear,” he said.

“What will definitely not provide low-cost, reliable electricity is what many members of this committee support pursuing — a so-called 100% renewable grid based on sunlight, wind, and batteries,” he said.

He sought to educate lawmakers about the reality of solar and wind energy.

He then homed in on the issues of Puerto Rico.

“But instead of pursuing reforms that would enable Puerto Rico to benefit from low-cost, reliable natural gas and/or coal electricity, the government of Puerto Rico is trying to outlaw these vital sources — and many on this committee are telling them to do it faster,” he said.

“We should be telling Puerto Ricans to abandon this suicide pact. But many on this committee are telling them to almost immediately shut down their most reliable, resilient source of electricity — a coal plant, which survived Hurricane Maria and last year’s earthquakes, that provides 1/5 of Puerto Rican electricity,” he said.