US Navy Unprepared for War, Sailors Get Diversity Training Instead of Combat Training 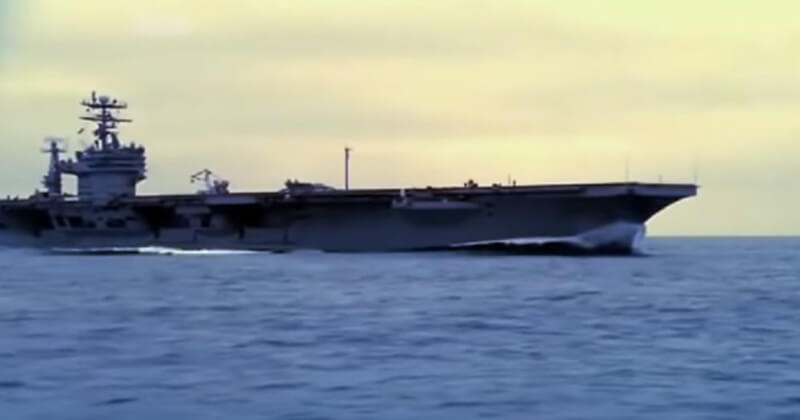 Our Navy’s surface fleet may be unprepared, but at least we can say they’ve had their nexuses of privilege properly checked.

That’s one of the takeaways from a scathing watchdog report commissioned by Republican members of Congress and released this week.

Titled “The Fighting Culture of the United States Surface Fleet” and prepared by two retired members of the Navy brass, Marine Lt. Gen. Robert Schmidle and Rear Adm. Mark Montgomery, the report found readiness skills in the fleet have degraded because of an obsessive focus on diversity and thin resources.

Arkansas Sen. Tom Cotton and Reps. Jim Banks of Indiana, Dan Crenshaw of Texas and Mike Gallagher of Wisconsin commissioned the report, according to the U.K. Daily Mail. All four served in the armed forces — Cotton in the Army vet, Gallagher in the Marines and Banks and Crenshaw in the Navy.

The report was commissioned in response to several high-profile issues with the Navy’s surface fleet, including the surrender of two small amphibious craft to Iran in the Persian Gulf in 2016, ship collisions in the South China Sea and off the coast of Japan in 2017, and a 2020 fire aboard the light amphibious carrier USS Bonhomme Richard in San Diego, which led to the ship being scrapped.

The report was assembled out of 77 interviews with current and former officers in the Navy. While there were multiple aspects of the culture that came under fire in the report, the most glaring one was the encroachment of wokeness — which, no, didn’t just start when President Joe Biden took office in January.

“I guarantee you, every unit in the Navy is up to speed on their diversity training. I’m sorry that I can’t say the same of their ship handling training,” one enlisted leader who recently retired said in the report.

Such “nonessential training” was a significant frustration among sailors, the report said.

“While programs to encourage diversity, human sex trafficking prevention, suicide prevention, sexual assault prevention, and others are appropriate, they come with a cost,” it states.

“Sailors increasingly see administrative and non-combat related training as the mission, rather than the mission itself.”

One lieutenant on active duty quoted in the report said she felt there was more focus on social issues than on America’s adversaries.

“Sometimes I think we care more about whether we have enough diversity officers than if we’ll survive a fight with the Chinese navy,” she said.

“It’s criminal. They think my only value is as a black woman. But you cut our ship open with a missile and we’ll all bleed the same color.”

Another captain quoted in the report, who recently commanded a destroyer, said “where someone puts their time shows what their priorities are.”

“And we’ve got so many messages about X, Y, Z appreciation month, or sexual assault prevention, or you name it. We don’t even have close to that same level of emphasis on actual warfighting.”

The comments were part of a more worrying finding by the report’s preparers: There’s an “insufficient focus on warfighting” in the Navy.

“There’s no curriculum,” one former active-duty officer, now a reservist, said in the report.

“We’ll spend hours and hours on drill weekends or other areas talking about like, ‘OK, what’s the checklist you have to have in place? Do you have all your right uniforms?’ But there is no training like, ‘what is the current situation in China?’

“We can have both the cultural and political understanding as well as the warfighting implications. And to me, if we’re focused on the front-line warfighting, we should know the worst we’re going into and what the greater context is. There’s none of that right now.”

And one observation was damning.

“I don’t think that the [surface community] see themselves as people who are engaged in a fight,” a junior-active duty surface warfare officer.

The woke quotient and unreadiness for combat weren’t the only issues raised. Micromanagement and a bureaucratic, risk-averse culture were also criticized, as was the Navy’s maintenance program. Navy brass was seen as being too quick to avoid bad publicity in the media, as well.

However, those could all be seen as tradeoffs for something. If a culture tolerates too much risk, there are more accidents. Too much hands-off management and you end up with an undisciplined mess.

In a tradeoff between diversity training and preparedness, however, we lose the ability to defend ourselves against enemies that are rapidly arming themselves — particularly China, which is willing to spend massive amounts of money to upgrade its military and is utterly unconcerned with diversity training — with little tangible reward.

In fact, the implication of the report is that the Navy is simply not prepared to defeat China in a military showdown.

“With China putting dozens of fighting warships in the water on an annual basis, the lack of proper focus on warfighting was of deep concern to many interviewees,” the report states.

“I’ve never heard anyone in any [congressional] testimony that I can think of that talks about actually winning,” a career surface warfare officer said in the report. “And so that’s not to absolve the Navy of its responsibility, but it’s just stunning to me.”

Lest we forget, the military exists for a singular purpose, one that the lawmakers who commissioned the report brought up in statements after its release.

“The findings of this report are very concerning. Our sailors are too often deprived of the training and leadership they need to fight and win at sea,” Cotton said in a statement Monday.

“A Navy that puts lethality, warfighting, and operational excellence at the heart of its culture is absolutely essential to our national security. America counts on the Navy to keep us safe and keep our seas open.”

Crenshaw, a former Navy SEAL who lost an eye in combat in Afghanistan, agreed.

“A strong Navy is critical to our national security interests around the world,” Crenshaw said in the release. “The findings clearly indicate that our sailors are not receiving the training they need to perform the essential functions of the Navy: To find and sink enemy fleets and ensure freedom of navigation.”

The line that the Biden administration has been feeding us is that diversity training and critical race theory strengthens our armed forces and that no readiness has been lost by the military’s recent indulgence in the au courant whims of the cultural left.

If the conclusions of this report are accurate, not only will there be a tradeoff when it comes to preparedness, there already has been. And the United States is weaker for it.

As the last line of the report puts it:

“Unless changes are made, the Navy risks losing the next major conflict.”