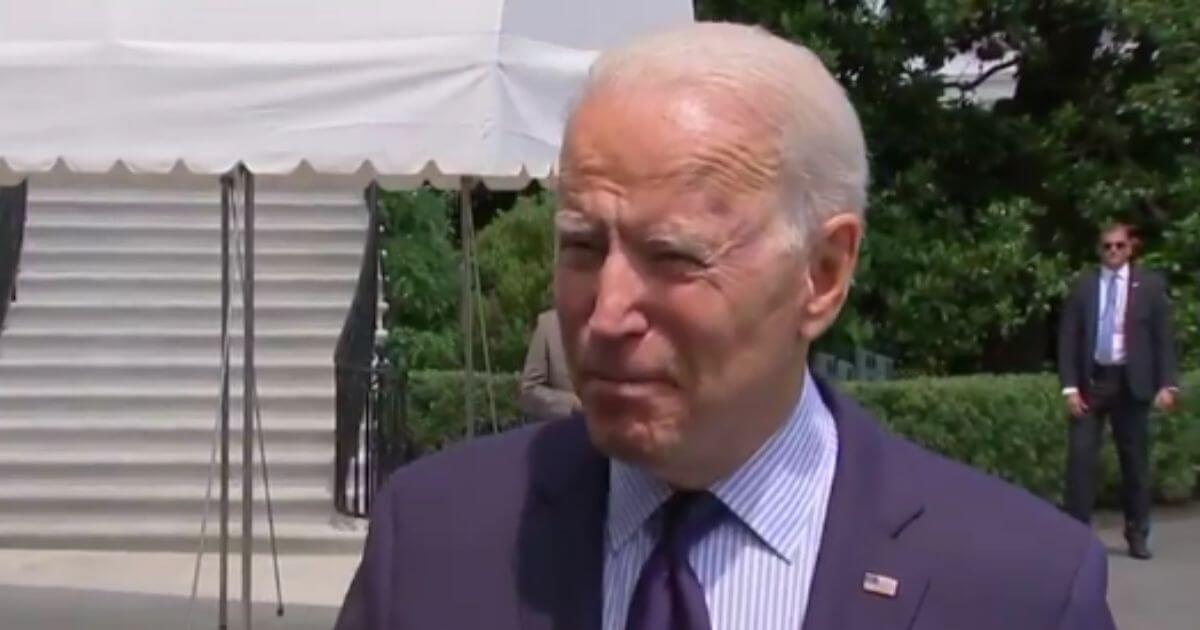 A day after White House press secretary Jen Psaki admitted that Silicon Valley is censoring American citizens at the request of the federal government, President Joe Biden falsely accused unvaccinated Americans of killing others through Facebook.

“They’re killing people. I mean they really — Look, the only pandemic we have is among the unvaccinated. And they’re killing people,” Biden said to reporters Friday at the White House after he was asked about so-called “misinformation” being spread on Facebook and other platforms.

If the pandemic is now only among the unvaccinated, as Biden said, then what is the issue with that? Americans have a right to make their own health choices, and millions of them have. At this point in time, those who have yet to be vaccinated against COVID have made a decision, and they’ve done so knowing the stakes.

Everyone knows there is a vaccine. If that vaccine works, those who have been vaccinated have nothing to worry about.

They won’t die from COVID.

On the other hand, if people choose not to become vaccinated, they won’t be forced into it. COVID deaths are down everywhere relative to where they were a year ago, and it’s because either natural immunity has been achieved, or because those who chose to get their shots did so.

Talk about contributing to vaccine hesitancy.

Biden’s unfounded, authoritarian and ignorant statement was made a day after his press secretary made a jarring admission. Psaki told reporters at her Thursday media briefing that Big Tech, which banned former President Donald Trump earlier this year, is censoring the free speech of Americans at the direction of powerful Democrats.

“We’ve increased disinformation research and tracking within the Surgeon General’s office,” Psaki said, according to a transcript of her remarks provided by the White House. “We’re flagging problematic posts for Facebook that spread disinformation.”

“Facebook should provide, publicly and transparently, data on the reach of COVID-19 — COVID vaccine misinformation. Not just engagement, but the reach of the misinformation and the audience that it’s reaching,” she added. “That will help us ensure we’re getting accurate information to people. This should be provided not just to researchers, but to the public so that the public knows and understands what is accurate and inaccurate,” Psaki also said.

The inept face of the Biden administration might as well have stated that a handful of California tech geeks and Democrats can finally work together to suppress the voices of all those who have questions about vaccine efficacy, safety and necessity.

We don’t know to what degree the White House has been working with people such as Facebook CEO Mark Zuckerberg and Twitter CEO Jack Dorsey. But we know there has been some alarming collaboration there. If that’s not Orwellian enough, Biden on Friday appealed to the worst emotions in people, accusing those who post opinions about the vaccine online of being guilty of “killing” others.

The White House and Silicon Valley are working to demonize and censor those with whom they disagree. Right now that partnership of censorship is about COVID and the 2020 election. These people decided a year ago what counts for misinformation.

How long will it be before these Marxists are silencing people with regard to other issues?

At this rate, it might not be long before every opinion which hasn’t been sanctioned by the state is deemed worthy of a person’s de-platforming.