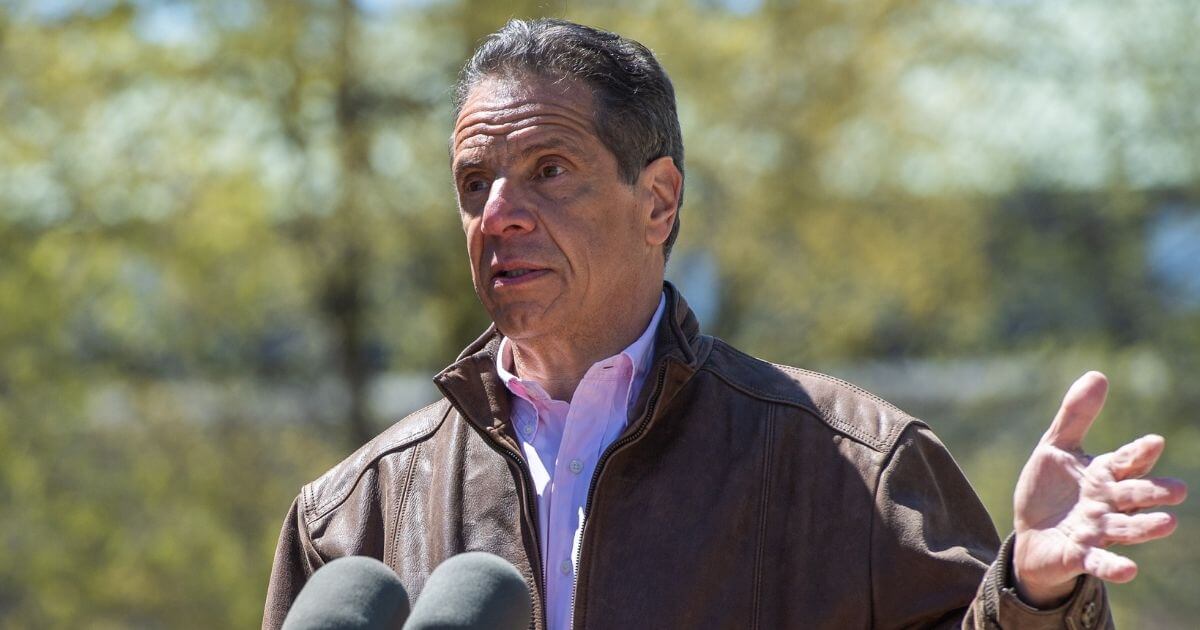 Republican Rep. Lee Zeldin announced that he has brought in over $4 million in fundraising since he launched his campaign for governor, surpassing the roughly $2.5 million raised by Democratic Gov. Andrew Cuomo.

Zeldin raised his money in just three months while Cuomo raised his funds during the six first months of the year, according to Fox News.

“Since announcing our campaign, we have gone full speed, pedal to the metal every single day, visiting every county in New York, and the best part is, this is the lowest gear we have,” the Republican congressman said.

“We’re not slowing down until Election Day 2022, when we end Andrew Cuomo’s reign and restore New York to glory.”

Cuomo only raised $2.3M since Jan, meaning we far outraised him in 1/2 the time & at 3x the pace! pic.twitter.com/an3Ap7tSRh

Zeldin launched his campaign on April 8 during an appearance on Fox News’ “Fox & Friends” and raised $1 million on his first day as a candidate.

He is a four-term lawmaker and supporter of former President Donald Trump.

Zeldin’s campaign reported Thursday that Zeldin received contributions from over 9,000 New Yorkers from all 62 counties.

“New Yorkers are fired up and passionately all in to Save our State, and they’re taking action,” Zeldin said in a statement.

“Over the last 3 months, together, we have built a groundswell of grassroots support from every corner of our state, filled with New Yorkers who believe we have what it takes to Fire Andrew Cuomo in 2022.”

He added, “Now, we have more support than ever before to prove it.”

Despite being outpaced this year, Cuomo’s campaign reported Thursday that it had $18.5 million on hand.

The Democratic governor faces a state investigation into sexual harassment allegations and a federal probe into nursing home COVID-19 deaths.

Cuomo continues to maintain he did “nothing wrong.”

A poll from the Siena College Research Institute released earlier this month found that 23 percent of poll respondents said Cuomo should resign immediately and 39 percent said he should finish his term but not run for re-election.

Cuomo’s office has not yet formally announced that the Democratic governor is seeking another term, but he said in May 2019 that he would like to run for a fourth term.