Did Jen Psaki Just Hand Donald Trump the Key to His Lawsuit Against Facebook? 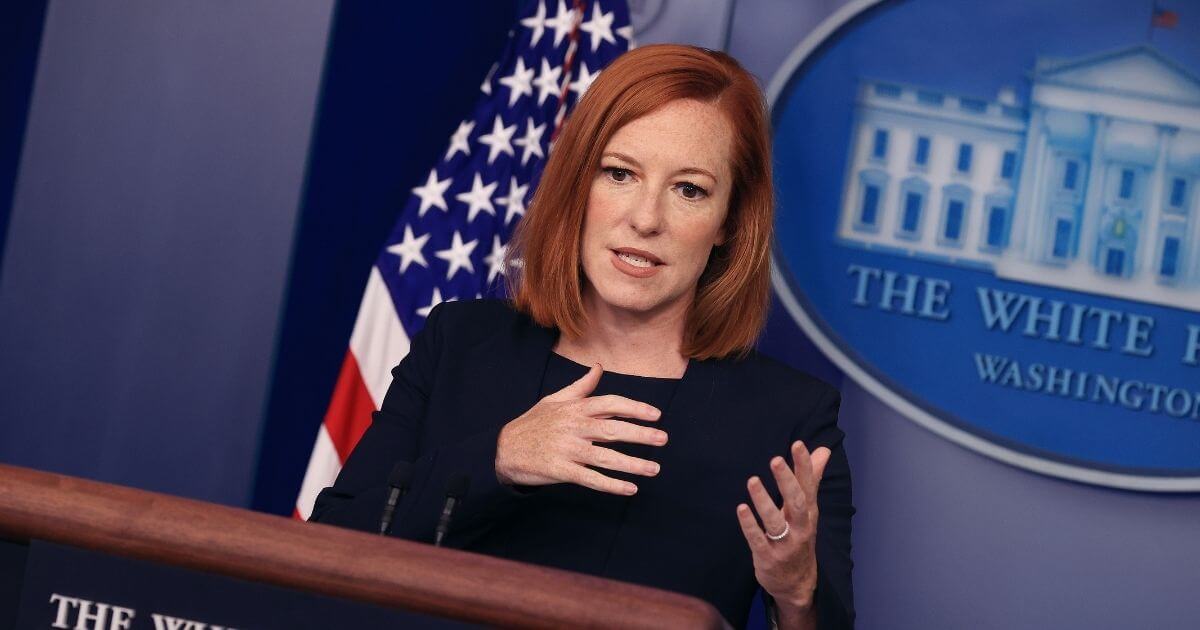 One of the longstanding debates surrounding social media censorship is whether a private company like Facebook is even bound by First Amendment protections, as it is a private company and not an arm of the federal government, which is the entity bound by our Bill of Rights from restricting the free speech of Americans.

The former president’s argument, in the case of the Silicon Valley giants who have managed to build networks now relied upon by millions as their primary source of news and information as well as reaching their desired audiences, is that these private companies are seriously restricting constitutionally protected free speech.

“The American people’s birthright of freedom must prevail against Big Tech and other forces that seek to destroy it. Through this lawsuit, we are standing up for American democracy by standing up for free speech rights of every American,” the former president, who was banned by Twitter and Facebook at the end of his term, said while announcing his lawsuit earlier this month.

“The American people’s birthright of freedom must prevail against Big Tech and other forces that seek to destroy it. Through this lawsuit, we are standing up for American democracy by standing up for free speech rights for all of every American.” pic.twitter.com/2lRd2kpbiC

As attorney and Harvard law professor Alan Dershowitz recently noted, Big Tech companies are claiming that Trump’s demand for free speech on their platform violates their First Amendment rights, ironically — and this is certainly somewhat of a legal conundrum as both entities are alleging their right to free speech is being undermined by the other.

“The danger of this ‘new censorship’ — not by government but by private companies that effectively control the marketplace of ideas — is precisely that it may well be protected by the very amendment designed to keep the marketplace of ideas open to diverse views,” Dershowitz, who represented Trump during his first impeachment trial and has praised the social media censorship lawsuit, wrote in an op-ed for The Hill.

“Hence the paradox — and the uphill battle that Trump may face in persuading the courts that his non-constitutional free speech right to communicate with his millions of followers should trump the constitutional right of social media companies to censor,” he added.

This is indeed a tough case to argue — that is, if we are operating under the impression that Facebook, Twitter and Google are not acting as agencies for the federal government in any capacity.

How confident are we that they’re not?

If we were, Jen Psaki just unwittingly weakened that case significantly by way of bragging about the administration’s contact with Facebook, going as far as to reveal that the Biden White House has even been “flagging” posts for Facebook as “misinformation.”

If the federal government is telling Facebook what to censor and they’re complying, this rather changes things.

On Thursday, Psaki was asked during a media briefing about the Biden administration’s request to Big Tech to be more “aggressive” in their quest to stamp out “misinformation.” This should already give us pause, as the Silicon Valley Thought Police haven’t exactly been demure in their efforts to censor and suppress anything they consider to be, well, let’s be real — wrongthink.

“We are in regular touch with the social media platforms and those engagements typically happen through members of our senior staff and also members of our COVID-19 team — given, as Dr. Murthy conveyed, this is a big issue, of misinformation, specifically on the pandemic,” Psaki said, as reported by Fox News.

“It’s important to take faster action against harmful posts. As you all know, information travels quite quickly on social media platforms. Sometimes it’s not accurate, and Facebook needs to move more quickly to remove harmful violative posts. Posts that would be within their policies for removal often remain up for days. That’s too long. The information spreads too quickly,” she added.

“Within the Surgeon General’s Office, we’re flagging posts for Facebook that spread disinformation,” Psaki also stated. “We’re working with doctors and medical professionals to connect medical experts with people, who are popular with their audiences with accurate information and boost trusted content. So, we’re helping get trusted content out there. We also created the COVID Community Corps to get factual information into the hands of local messengers.”

The Babylon Bee’s gag headlines get more real by the day, don’t they?

As you’ll likely recall from the days that President Trump’s administration spearheaded the initial response, the American people like to be able to criticize their leaders, no matter what business they are conducting in their capacity as the executive branch of the federal government.

If this really is all about “misinformation,” there is no way to check the gatekeepers of truth.

Clearly, there is a major problem with the White House assisting a private company to decide what truth is. You know that if the tables were turned and it was a Republican administration admitting they were in touch with private entities that published official-sounding information, there would be a massive reckoning — as well there should be in either case.

The federal government simply must not crown themselves as the arbiters of capital T Truth; that would be actual, legitimate totalitarianism and exactly the kind of governing zeitgeist the Founding Fathers sought to stamp out with the First Amendment to the United States Constitution.

If they’re working with Facebook to facilitate the information curated by the network, meanwhile, it certainly makes Trump’s case against Big Tech suppression of speech a lot stronger, at the very least.

17 Republican Anti-Trump Traitors Who MUST Go