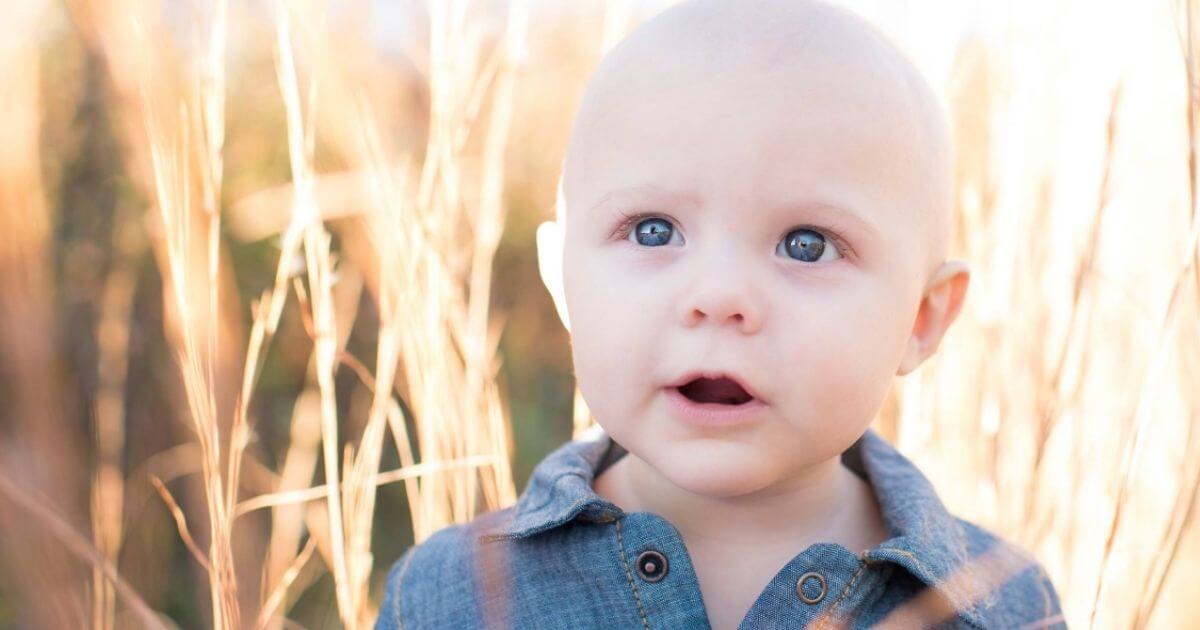 Look at any mom’s phone and you’re sure to scroll through photo after photo of their children.

Georgia resident Josie Rock was no different — but what she captured in one photo made her blood run cold.

She was taking photos of her then-4-month-old baby, Asher, with her iPhone when the flash accidentally went off. He spooked and opened his eyes wide, but Rock didn’t think much of it until later when she was going through the photos and noticed that one of his wide-open eyes was glowing white instead of red.

“I was just taking pictures of him and the lighting happened to change in our room, the flash caught the reflection, and his eye was glowing white,” Rock told Fox News.

“I knew right then and there that Asher had cancer. It was chilling, to say the least. He was just a baby.”

Rock, a 41-year-old labor and delivery nurse, remembered learning about “the glow” caused by retinoblastoma, so she started taking more photos with a flash on a professional camera.

She showed the resulting photos to some colleagues, who didn’t seem too concerned, but after a visit to the pediatrician “just to make sure,” Rock was hit with the news no parent wants to hear.

“I remember the color drained from her (the doctor’s) face after she did the proper examination,” Rock recalled to Fox News. “She turned the lights off and looked at his eyes and said, ‘Something’s not right.’”

Asher ultimately was diagnosed with grade D retinoblastoma and had to undergo treatment for the tumors that were in his eye.

“There are two kinds — heritable and non-heritable,” said Dr. Thomas Olson, director of the solid tumor program in the Aflac Cancer Center of Children’s Healthcare of Atlanta, according to Fox News. “Those with heritable ones, their parents may have had it so they get checked at birth, whereas if you don’t have a family history, it’s hard to know if you have it.”

“He finished chemo in 2015. The problem with retinoblastoma is it can pop up in other places. Over time, he had a few new ones pop up and they were lasered.”

So far, the now-7-year-old has had 54 exams and will continue to be examined. Asher is blind in that eye, but his mom’s actions kept the cancer from spreading, according to WGCL-TV.

Asher’s story went viral after it was shared by Children’s Healthcare of Atlanta on July 11. Since then, the family has given many interviews and hopes their story will help bring awareness to the public.

“The way I see it, if it saves just one other child from having to go through what my son has, then I have done my job as a cancer parent,” Rock posted on Thursday. “I will never stop advocating for these children.

“Once you are placed in shoes, such as mine, and the millions of other parents of children suffering (and many losing their battles), then you’ll really understand our passion.”

Suspect Wanted in Murder Case Mocks Police Looking for Her, And It Looks Like That's All Officers Needed

Did Jen Psaki Just Hand Donald Trump the Key to His Lawsuit Against Facebook?