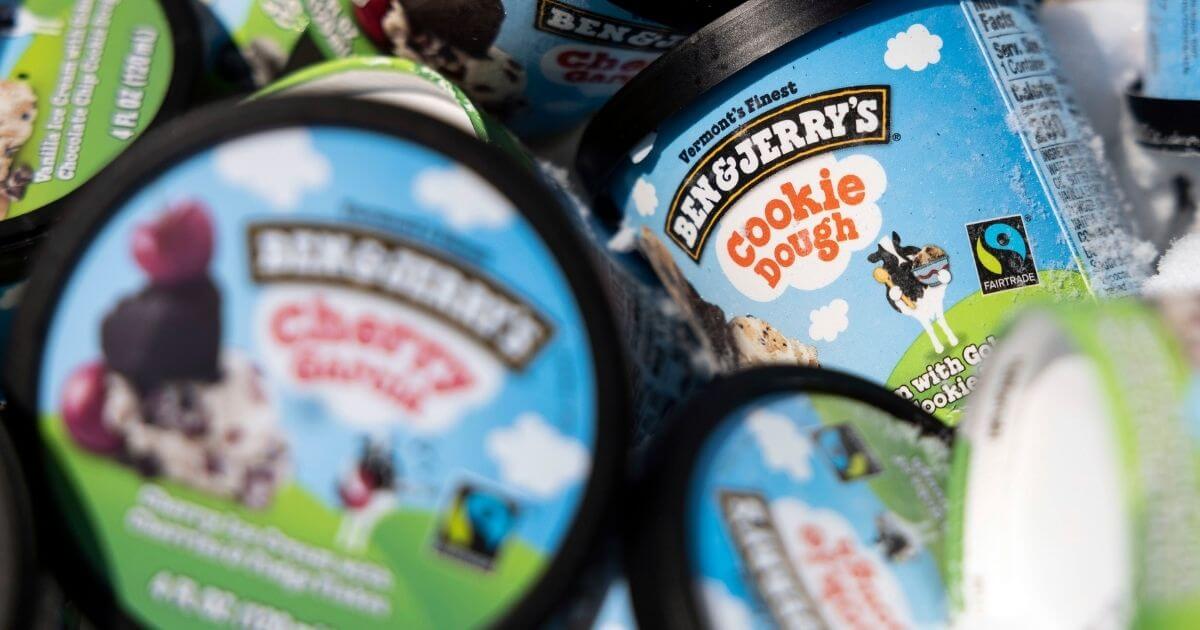 Ben & Jerry’s appears intent on destroying its bottom line not only in Israel, but here in the U.S., with its announced boycott of the so-called West Bank.

On Monday, the ice cream maker proclaimed it would no longer be selling in the “Occupied Palestinian Territory.”

“We believe it is inconsistent with our values for Ben & Jerry’s ice cream to be sold in the Occupied Palestinian Territory (OPT). We also hear and recognize the concerns shared with us by our fans and trusted partners,” the statement read in part.

“Although Ben & Jerry’s will no longer be sold in the OPT, we will stay in Israel through a different arrangement. We will share an update on this as soon as we’re ready,” the company added.

Well isn’t that big of them? At least some Israelis can continue to partake in Ben & Jerry’s.

Ben & Jerry’s will end sales of our ice cream in the Occupied Palestinian Territory. Read our full statement: https://t.co/2mGWYGN4GA pic.twitter.com/kFeu7aXOf3

As a brief historical refresher, there never was a country of Palestine. What is currently known as the West Bank was part of Jordan prior to the Six-Day War in 1967.

Before that, it was controlled by the British following the collapse of the Ottoman Empire at the end of World War I.

So to the extent that the West Bank is occupied, it’s because Jordan and its Arab allies lost to Israel in 1967. Such is the nature of war.

Besides the laws of war, Jews do have a solid claim on the land, including Jerusalem, going back to biblical times, so enough with the whole “Israel is an occupying nation” thing.

As for the current ice cream controversy, Charles Mizrahi — editor of Alpha Investor and host of “The Charles Mizrahi Show” — told The Western Journal that Israeli law prevents Ben & Jerry’s from trying to exclude its products from certain parts of the country.

“Not only is Ben and Jerry’s boycott outrageous and blatant anti-Israel, it’s illegal. Israeli law requires the local distributor to sell in all of Israel. The distributor doesn’t have the option to pick and choose where their product is sold,” said Mizrahi, who has written about corporate wokism and the rise of anti-Semitism.

“Additionally, there are 35 U.S. states that have passed legislation making it illegal to boycott Israel,” he further noted. “This also hurts the local economy, impacting both Israelis and Palestinians. It’s yet another example of anti-semitic activists pursuing their … hate-filled agenda without any concern about who really is impacted.”

Avi Kaner — co-owner of Morton Williams Supermarkets chain located in the New York City metro area — was one who responded.

“Our supermarkets have taken action against Ben & Jerry’s, which is boycotting Jewish communities that are at the center of a territorial dispute in Israel, including the Jewish Quarter of Jerusalem — inhabited by Jews for over 3,000 years,” he tweeted.

Our supermarkets have taken action against Ben & Jerry’s, which is boycotting Jewish communities that are at the center of a territorial dispute in Israel, including the Jewish Quarter of Jerusalem – inhabited by Jews for over 3,000 years. https://t.co/IFoJhSBSWM

Several other grocery stores in the New York City area and beyond have stated they will be removing Ben & Jerry’s products from their shelves.

Current Israeli PM Naftali Bennett told the CEO of Unilever, Ben & Jerry’s parent company, that there will be “severe consequences” for its boycott decision, The Jerusalem Post reported.

Bennett “emphasized that from the perspective of the State of Israel, this is an action that has severe consequences, including legal ones, and it will take strong action against any boycott directed against its citizens,” according to a statement issued by the prime minister’s office.

Ben & Jerry’s committed an unforced error and has greatly hurt its brand.

Companies would do well to stay out of politics and focus on selling their products.

The wokism that has emerged in corporate America, particularly in the last several months, has not changed people’s political views, but it has made them aware that some companies don’t deserve their business.